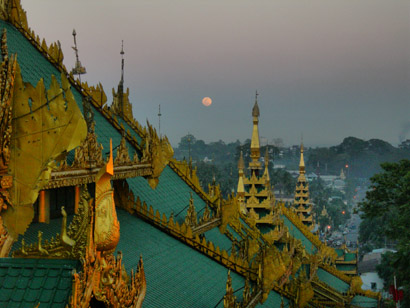 In its recently published article, “Myanmar’s offensive against NSCN-K camps spells doom for northeastern Indian insurgent outfits”, the European Foundation for South Asian Studies (EFSAS) comments on how the Myanmar armed forces have over the last four months undertaken a successful operation against the National Socialist Council of Nagaland (NSCN-K), a separatist Naga outfit based in the Sagaing Division of the country that seeks sovereignty for the Naga-inhabited areas of Myanmar and India.

On 3 June, at a press briefing in the capital of Naypyitaw, Myanmar Army Major General Tun Tun Nyi said operations against the NSCN-K and the other India-based insurgent groups it was sheltering would continue. The spokesperson of the Myanmar military Brigadier General Zaw Min Tun had earlier told the media that the army would not relent against the NSCN-K unless the outfit abided by three conditions – accept the Nationwide Ceasefire Agreement (NCA), uphold the principles stated in the bilateral agreement, and stop supporting rebels from India’s Assam and Manipur states.

EFSAS deliberates on how the NSCN-K had been able to punch much above its weight by virtue of the compounded military strength, and equally importantly the finances, that its policy of harbouring a potpourri of northeast Indian insurgent groups had been generating for it. These groups, in return for the shelter they were provided, were required by the NSCN-K to shell out money, weapons and ammunition to it at regular intervals as well as agree to assist each other in times of crisis. Despite the benefits that the NSCN-K derived from hosting the Indian insurgents, it was, ironically, this very policy that eventually brought about its downfall. As for its client Indian insurgent groups, they are confronting a bleak and uncertain future, and their existence is on the line.

Furthermore, the disarray in the United Liberation Front of Asom – Independent (ULFA-I), the largest of the Indian insurgent groups that were sheltering with the NSCN-K, accurately exemplifies the deleterious, even disastrous, impact that the operations of the Myanmar armed forces have had on the Indian insurgents, and the predicament that they consequently find themselves in. Myanmar not only served as a base for ULFA’s leaders and training grounds for its cadres, but also provided the outfit a geographical location from where it could launch marauding attacks into India and sneak back into the safety that the international border afforded. The border between India and Myanmar is porous and spans over 1,600 km of hilly terrain.

EFSAS describes how the Myanmar military operations have changed the ground situation completely. Because of the military operations the ULFA-I and other militants from Assam escaped north to the region inhabited by the Pangmi Nagas and are now effectively trapped in their new location. The Indian government has, meanwhile, shared details, including precise locations, of these new camps with Myanmar government. As and when the Myanmar military launches the next phase of the operation into the Pangmi Naga region, the ULFA-I militants will have nowhere to run.

EFSAS explains how it is becoming increasingly clear that the best days of insurgent outfits such as ULFA-I are behind them, and they are now in the midst of a steep downward descent. Their very existence appears to be at stake. While the cadres are facing a veritable hell within Myanmar with no safe exit route in sight, the surrendered ULFA-I cadres have disclosed that Paresh Baruah has based himself in two secure hideouts at Dehong and Ruili in the Yunnan province of China. It is highly unlikely that the Chinese authorities would be unaware of Baruah’s presence on their territory.

Therefore, security experts believe that China’s role going ahead would be crucial in determining whether outfits such as the ULFA-I survive their present crisis. Senior journalist and author Bertil Lintner believes that only time will tell how China will react. He, however, does not discount the possibility that China may respond to the rising India-Myanmar cooperation against the rebels by directly or indirectly resuming assistance to one or several of the motley crew of rebels from India’s northeast.