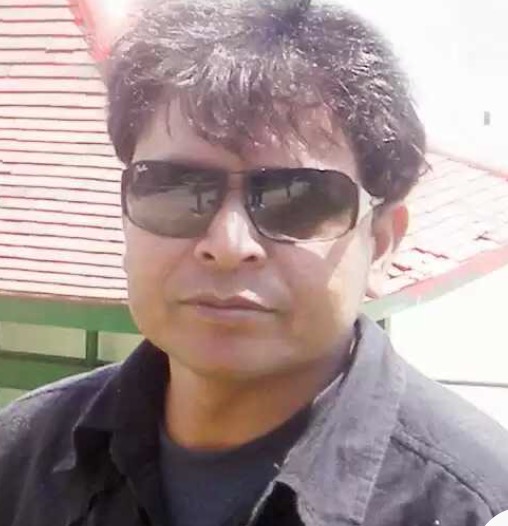 Five Muslim men reportedly kidnapped and raped a teenage Christian girl in Pakistan — yet authorities refuse to respond to her family’s desperate calls for justice.

reports the 15-year-old girl named Maria daughter of Jalal Masih was kidnapped from her house in Sheikhupura city of Punjab province on June 9 at gunpoint. Kidnappers must plane before they did this terrible act. According to my source as they found Maria is alone at home. Mohammad Sajid entered the house abducted her at gunpoint put in the car and drove her to an unknown place where other 4 men were including on-duty Dolphin force police office.   At the time of the kidnapping, Maria’s father, Jalal Masih, and her mother were not at home. Kidnaper took advantages of being alone.

Jalal Masih filed a police report accusing Muhammad Sajid, a local businessman, and four others in the attack in which there were several witnesses.

Criminals were so powerful First Information Reported (FIR) filed after six days of the incident.

"Sajid escaped after leaving Maria on our doorstep on night of June 10. She was extremely scared," her family said.

As the news spread on social media, various Christian activists and human rights groups are calling for the arrest of the suspects.

But the mainstream media kept silent. Because Maria Jalal is a Christian girl, that’s why the media did not break this news. This is open discrimination of mainstream media.

When Zainab a 7 years old girl was kidnapped outside of her house this whole mainstream media was active and every channel was there.  But this time even the scenario and situation are entirely different. Authorities are silent as well.

In recent years, have emerged of Christian women in Pakistan being abducted, raped, and even forced to marry their rapists. Oftentimes, the abducted girls are forced to convert to Islam, which makes their subsequent marriages legal under Pakistani law.

"The numeral of unreported cases will be higher as the families of victims usually avoid getting help from biased police officials who support cruel and influential culprits. Only Christian and Hindu girls are victims in such cases," national director Sardar Mushtaq Gill told, "Crimes against religious minorities are increasing at a high scale in Pakistan."

I read a report where William Stark, regional manager for South Asia at ICC, told The Christian Post raping is often used as a weapon to “entrap” victims and that forcibly convert to Islam.

Moreover, The Human Rights Commission of Pakistan said in its annual report that the country had failed to protect children, "with nearly all their fundamental rights and freedoms infringed on or put at serious risk of violation." The report said that very few victims of physical or sexual violence received protection, counselling or legal services.

In March, 13-year-old Sadaf Masih was abducted and forcefully converted to Islam. Now, her abductors are using the country’s legal system to keep her from returning home.

Last year, a 12-year-old Pakistani Christian girl was abducted and forced to convert to Islam and marry her abductor, according to World Watch Monitor. When her father attempted to seek legal assistance, he was detained by police for “filing false charges” against her captor.

In the case of Maria police is not cooperating with Maria but they are protecting the criminals. According to medical report, it is proved that she is raped but on the other side, the DNA of accusers is not yet done, Police is taking the side of criminals while threating to Maria’s family to take the case back.

Yesterday, I met Mr J F Ghauri founder and Chairman South Asian Minority Writers Association (SAMWA) and South Asian Christian Writers Association (SACWA) and other members of the organization. Mr J F Ghauri said we are working on it. The persecution and discrimination are going on with Christians and with other minorities in Pakistan. We do not only condemn how the police treating Maria and her family. But we also say that President of Pakistan, Prime minister of Pakistan and Chief justice of Pakistan should take notice of this very case and provide justice to Maria. We are committed that we will continue to highlight the persecution and discrimination is going on with Christians in Pakistan.