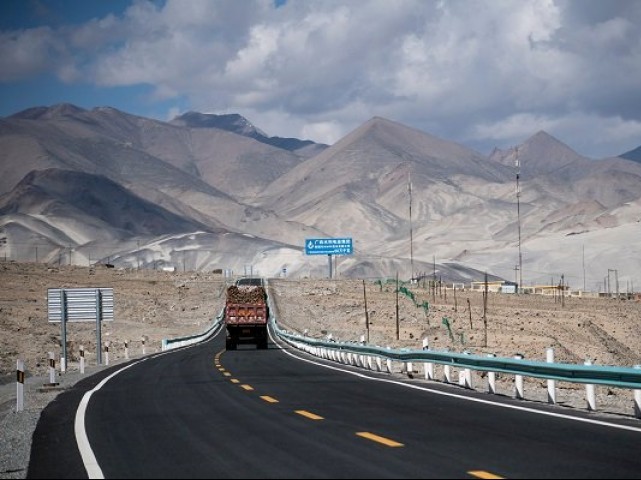 In its recently published article, “Organized Crime, Human Trafficking and Sexual Exploitation; CPEC brings more than the people of Pakistan wished for”, the European Foundation for South Asian Studies (EFSAS) comments on how Chinese men, especially those from poor rural areas who do not have the means to pay the high bride price demanded by Chinese women’s families, resort to “importing” women from poor neighboring countries such as Myanmar, Vietnam, and Pakistan. However, these women, who in most cases are from even more impoverished rural areas themselves, are often lured by the promise of a better life in China, only to find themselves victims of human trafficking, not only for being forcefully married, but for the purposes of prostitution as well.

Therefore, EFSAS describes how organized crime rings on both sides of the border have been taking advantage of the ‘China-Pak friendship’, by exploiting the high demand for women in China and the appalling situation of women from marginalized minorities and communities in Pakistan. Illegal marriage centres, set up by both Pakistani and Chinese matchmakers, have been luring women primarily from Pakistan’s Christian community, into marriages with supposedly good, wealthy, Christian Chinese men. Once married, the brides are sent to China with their new husbands, and reports from such brides expose a horrifying pattern of sexual abuse and forced prostitution on behalf of their Chinese husbands. Testimonies show that after marrying in Pakistan and moving to China with their new husbands, brides are treated violently, often times sequestered by their husbands, and sexually exploited.

In addition, EFSAS deliberates on how the relations between Chinese and Pakistanis do not always reflect the one that Beijing and Islamabad glorify. In November 2018, the disregard of the discontent of the domestic populations by China was manifested through the targeting of the Chinese Consulate in Karachi by militants from the Baloch Liberation Army, which is strongly against Chinese presence in Balochistan. Baloch insurgent organizations that were earlier peeved at Pakistan for unfairly exploiting the province’s resources, especially its natural gas and minerals, and for crushing dissent by blatantly resorting to extrajudicial killings and enforced disappearances, have now also turned their anger against China, accusing it of conspiring to take over Baloch lands surreptitiously. Baloch insurgent organizations believe that the Pakistani military is colonizing their province with the help of China, turning them into a minority in their own province.

EFSAS concludes its commentary that it remains to be seen as to how Pakistan will handle those situations of human rights violations that have arisen as a consequence of the CPEC project. Also, attention must be drawn onto Pakistan’s increasing financial dependence on Chinese loans for infrastructural projects constructed under the flagship of the CPEC; according to Ishrat Husain, adviser to the Pakistani Prime Minister Imran Khan on institutional austerity and a Federal Minister, $11 billion out of $100 billion of Pakistan’s debt is owed to China. Pakistan should thoroughly evaluate the plight it finds itself in, namely becoming a gambit in China’s great game in the Indian subcontinent, by sacrificing the future and prosperity of its own people and submitting itself to Beijing’s strategic objectives in return for Chinese Yuan, which will inevitably drain on the country.