Second OHCHR Report on Jammu & Kashmir perseverates with the same flaws as the first. EFSAS 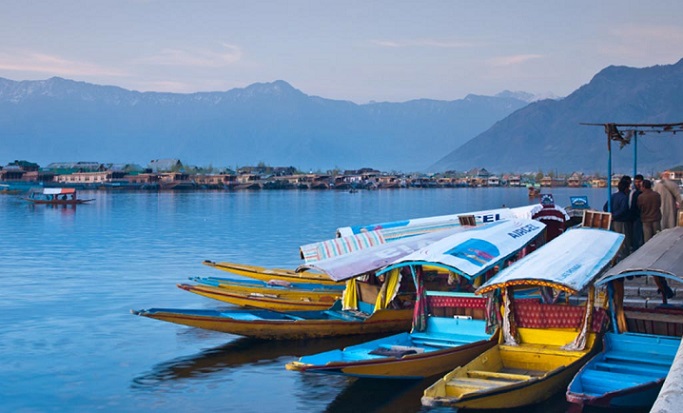 In its recently published commentary, “Second OHCHR Report on Jammu & Kashmir perseverates with the same flaws as the first”, the European Foundation for South Asian Studies (EFSAS) comments on a report titled “Update of the Situation of Human Rights in Indian-Administered Kashmir and Pakistan-Administered Kashmir from May 2018 to April 2019”, released on 8 July by the Office of the United Nations High Commissioner for Human Rights (OHCHR).

EFSAS describes how this report, the OHCHR’s second on Jammu & Kashmir after its specious and tendentious maiden effort last year, makes no attempt to address or rectify the various and momentous shortcomings that were obtrusive in the first report. This second report, rather, uses the same faulty methodology and analysis to arrive at similar conclusions that are grossly incorrect, at best, and heavily motivated and biased, at worst. That means that the update comes across as even more trite and shorn of merit than the first report, whose credentials were highly dubious and suspect to begin with.

Furthermore, the terminology used in the update is as inappropriate and mischievous as that used in the first report. Legally and historically, the issue that the two OHCHR reports in question seek to deal with pertains to the undivided State of Jammu & Kashmir, and not Kashmir, as repeatedly mentioned in the reports.

Perhaps the most disquieting aspect of the update is its seeming willingness, even eagerness, to not just downplay the widely acknowledged primacy of Pakistan-sponsored terrorism in the Jammu & Kashmir narrative, but to actually condone and even justify the phenomenon. The update attributes disproportionately little blame to the terrorist outfits and refuses to recognize that any human right violation by security forces in Indian Administered Jammu & Kashmir is a direct consequence of Pakistan-sponsored terrorism that has been unleashed there.

EFSAS also in its commentary explains that the OHCHR update views the China Pakistan Economic Corridor (CPEC) under the narrow confines of “Business and human rights”. It completely glosses over the political and strategic dimensions and the illegality of the CPEC, which is being constructed by a third country, China, through Jammu & Kashmir, a territory disputed between India and Pakistan. The CPEC directly impacts the human rights and future prospects of the people of Gilgit Baltistan, which is an integral part of Jammu & Kashmir.

In addition, EFSAS deliberates how there is no mention in the recommendations for Pakistan in the update of the need for it to stop sponsoring cross-border terrorism, which is the root cause of all human rights issues in Jammu & Kashmir. Quite obviously, the OHCHR either does not consider sponsorship of terrorism and the consequent bloodshed to be related to human rights, or views it as being inconsequential.

EFSAS concludes its commentary that the lacunae in the OHCHR update is not meant to detract in any way from the imperative of ensuring the human rights of the entire population of Jammu & Kashmir across both sides of the Line of Control. However, any move by the OHCHR in this direction must necessarily be unbiased, serious and well thought out, which the two reports released so far have certainly not been. The lack of seriousness and thought is evident from the fact that while the first report came across as being aimed at glorifying a slain terrorist, Burhan Wani, with his death constituting the starting point of that report, the update was issued to coincide, whether by design or by oversight, with the third death anniversary of Burhan Wani on 8 July.

It is not without reason that the anti-terror intent and conviction of the OHCHR has been questioned in the preceding paragraphs. An august institution such as the OHCHR ought to be able to anticipate the impact that its actions would have going forward. In the case of its two reports on Jammu & Kashmir, coming generations of gullible youth would be lured into terrorism by seasoned, blood-thirsty radicals by quoting the example of Burhan Wani. The youth would be told that the path of terror chosen by Wani had made him so powerful, so important, that the highest body on Earth, the UN, had been compelled to come out with two reports acknowledging his contribution.

Will the OHCHR be happy to live with terrorists being recruited on account of its carelessness and lack of foresight?