A tale of two positives attracting each other. By Shobha Shukla 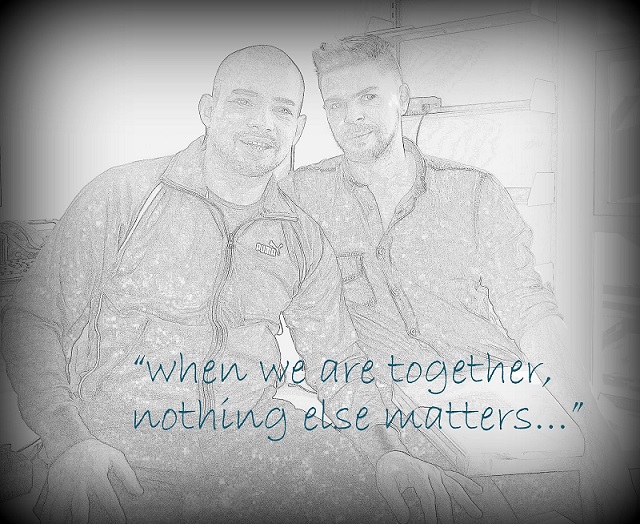 I met the two of them at the Clinica Condesa Iztapalapa, in Mexico City, where I had gone to attend the 10th IAS Conference on HIV Science (IAS 2019). Was it a mere coincidence that they had many things in common - they share the same surname; they speak fluent English; they neither drink nor smoke nor are on drugs; they eat well; they are fitness freaks and lead a healthy life. And they both are HIV positive and live life positively. Even though it was love at first sight for them, it was not a case of opposites attracting each other.

Roberto Rodriguez is a professional dancer and an actor. He comes from Sinaloa, a state located in north west Mexico, but has been living in Mexico City for the last 17 years. He has a beautiful family comprising my mother, 3 brothers and 3 sisters who live in Sinaloa. We love each other a lot and have a great relationship within."

He was diagnosed with HIV 15 years ago. But it was only 4 years ago that he started on antiretroviral treatment (ART) and that too on his insistence. His doctor said that as he was healthy and physically fit and his CD4 cell count was 700, there was no need for him to go on ART. But Roberto decided to start medication.

Rolle Rodriguez is from Argentina. He is an industrial designer by profession. He came to Mexico City one year ago where he was offered a job. The company for which he works knows about his positive status and is okay with it. Being HIV positive, he was worried that, being an Argentinian, if he would get proper medical attention in Mexico. But then he came to know about this clinic, which provided him with solutions to all his problems. He was diagnosed with HIV 12 years ago and started on ART. He says he was fortunate enough that his doctor detected the virus early on.

Relationships are built on honesty

When I asked Roberto how and when his friendship with Rolle begin, he said emphatically: “It is not just a friendship, it is a relationship.”

They met in a gym about a year ago, soon after Rolle had arrived in Mexico City and was struggling to find his feet. “Meeting Rolle was the best thing that has happened to me”, said Roberto. “I have had many relationships with guys in the past whom I had met through the internet or in clubs. But the moment I met Rolle in the gym, I just felt that he was different from the rest and was the one I was waiting for. Obviously at that moment we did not know about the HIV positive condition of each other. After a couple of days he got to know everything about me because I wanted to start my relationship with honesty. And then he told me that he too was HIV positive. I said wow, then we have more things in common to share!"

At this point of our conversation I became curious to know what protection methods they were using to prevent infecting the other with their strain of the HIV virus. They both replied almost in unison that they had unprotected sex as both had undetectable viral loads and so they were untransmittable. Both get their viral load tested once every four months.

Wow! here was a living example of U=U (UequalsU) or undetectable equals untransmittable. And just the previous day I had spoken to Bruce Richards, founder of the Prevention Access Campaign, who is credited with launching the profoundly game-changing U=U campaign in July 2016 to share the groundbreaking scientific evidence that people living with HIV (PLHIV) who are on ART and have reduced their viral loads to an undetectable level cannot transmit the virus sexually to other.

While Roberto is very open about his positive status with his friends and even with strangers (like me), his family does not know that he is HIV positive. "They live in a very small town and it might hurt their feelings. I do not want them to feel stigmatised or bad in front of others because of my sickness. In Mexico, it is very normal to be HIV positive. People do not care. I do not care what others will think of me. But I do not want to share it with my family out of respect for their sentiments. But my family knows about my relationship with Rolle and they are okay with it. His family is from Argentina and my family is from Sinaloa, they do not live here but they all know about our relationship."

However, Rolle’s family knows that he is HIV positive. "When I got the virus, I said to myself: I need three persons-my mother and my two sisters- to know about my status. The rest of the world I do not care about, as it does not matter. It was very hard for them to accept it. But after a while they were okay and gave me all the support."

Roberto’s philosophy of life: "It does not matter how sick you are in the body, or how much treatment you are taking, as long as you are healthy in your mind. That is the most important thing. You have to love your brain and let the love go inside your brain to be healthy.  Also I strongly believe that some good comes out of bad things too. Like now I have the most wonderful guy as my partner. May be if I were not HIV positive I could not have had that. This guy is amazing, I loved him since the first moment I met him. And now we have a relationship that is getting better and better with each passing day."

Rolle’s advice to all PLHIV is to follow their doctor’s advice and to get their health parameters checked periodically, as HIV medication can, at times, affect the bones and other organs of the body. He also wants to send the message across for people to know that if their viral load is undetectable, they cannot infect others with the HIV virus sexually. But until their viral load falls to undetectable levels, they must have protected and safe sex to prevent their partner from getting infected. So periodic viral load testing is a must for all PLHIV on ART.

“It was a mere coincidence that we both had undetectable viral loads. But for those who are not so, they should follow their doctor’s advice as to which protection method they must use for safe sex.”

Note: Clinica Condesa Iztapalapa, which was born 3 years ago, is situated in a borough of Mexico City that accounts for 20% of the city’s HIV infections. The clinic provides not only a safe space for treatment and care of HIV and other sexually transmitted infections, but also provides psychological and psychiatric help to people living with HIV (PLHIV) to improve their quality of life. It serves a high proportion of indigenous people, men who have sex with men (MSM), transgender people, sex workers, survivors of sexual violence and people who use drugs.