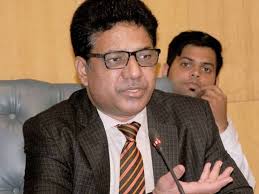 In these days an issue of religious hatred against a Christian Member of Punjab Assembly and Chairman of the Punjab Assembly Committee on Human Rights and Minority Affairs, Sardar Khalil Tahir Sandhu, is highlighted by local and international media. According to reports on Monday 29th July 2019, the Director General (Parliament Affairs and Research) of the Punjab Assembly, Inayat Ullah Lak, called him ‘Chura’ a derogatory and pejorative word used for Christians in Pakistan. The BBC reported it as a racist word which is not accurate, it is not a racial hatred it is a religious hatred why because Muslims and Christians are from same background and race. He also disclosed that this is not the first time, he has encountered this religious hatred behavior from this person many time.

Such kind of religious hatred’s victim is not only Mr. Sandhu but also some other Christian’s members of Houses are in the list of victims. Some are suffered by their colleagues during the sessions. It is very common in Islamic Society in Pakistan that they hate Christians and show by their behavior openly without fear of legal action against them why because they know Christian are very simple, peaceful and can bear anything. It is very true that almost every one of us/Pakistani Christian has suffered such religious hatred. If such prestigious and powerful Christian men are suffering religious hatred and unable to take legal action against them, then think about a Christian who is sweeper, domestic worker, and slave under bonded labor system.

Pakistani Muslims are very smart, they have developed such kind of atmosphere in the society in which it has become very not only difficult but also impossible for Christians to breathe a sigh of relief without religious hatred and persecution. It is full of religious hatred society. It is not built by chance rather it is very systematically created and strengthened with the State institutions, Media and Muslim clerics’ contributions. This claim can be verified very easily, if someone peeps back to the reports of publishing advertisements in Pakistani Medias about jobs and for sweepers ‘only Christian' is the sign of that religious hatred for Christians. At one point they say we do not discriminate as their religion teach the message of equality, peace and love but on contrary, we continuously listen these kinds of demoralizing comments from these self-claimed peaceful people and that too from the leaders. If the leaders are of this irresponsible on the record then just imagine what civilians do with the Christians off the record.

What do you think, will this country can learn how to respect other religious people while forcing others to respect them when it comes to their religious affiliation? It is our bad luck that we come from this community where the law of blasphemy is your end and the blasphemy laws are not only promote religious intolerance and hatred, discrimination and violence but also in the next step they generate religious terrorism and terrorists. Persecutors use these laws to persecute minorities’ faith and to oppress them for their ulterior motives. It is called a religious card which is being used by Islamic clerics, even political party, establishment, bureaucracy and individual Islamist in Pakistan.

But we can make ourselves satisfied because we are already warned by Jesus Christ in the Gospel of Matthew 5:11- Blessed are ye, when men shall revile you, and persecute you, and shall say all manner of evil against you falsely, for my sake.

It is now obligation of our present Christian Political Leaders of the Pakistan Tehreek-e-Insaaf party that they must present some sort of bill or law to pass, such as in like India, if somebody uses this insulting and derogatory word ‘ Chura ‘, he may be Punished six months imprisonment and fine. In this way for our defense and self-respect something good can be done. And the same time, it is also our duty and mandatory for us to teach and to preach Muslims how to love your neighbor and to give respect other with the reference of the message of Jesus Christ Gospel.

We know Islamists are uncertain and confused about their worldly and future life in heaven but we have to teach them how they can be saved and be assured for their salvation through Jesus Christ. There is only one name and that is only Jesus Who can save us and grant us eternal life without practicing any kind violence and terrorism; and the proof of our salvation is that we practice peace, love and respect for our neighbors. That is the reason people from any nation or faith wish to live and reside among us because we Christians are peace promoters, loving persons and give respect to human being of any faith, creed and nation.