The way of Truth: How long Exploitation. BY HABIBULLAH KHAN ADVOCATE 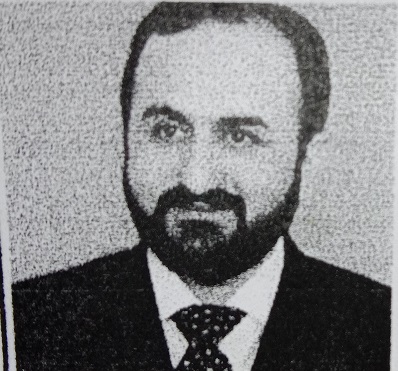 Sindh is land of peace, equality and brotherhood since centuries which was preached by great soofi saints like Shah Latif Bhitai, Qalandar Shahbaz, Sachal Sarmast and others. But it was in past. Nowadays there was much difference between past and present situation. Atrocities, represion and ruthlessness have crept in place of kindness, sympathy and tender and generous feelings for others. The aborigines ( first people of this  land) were feeling themselves and their families including children unsafe even at their homes of their ancestral home land. This is same minority which has given birth to brave sons like Anil Darpak,Rana Bhagwandas,Bhagat Kanwar and Rooplo Kolhi and a long list of defenders of this land. But, alas these very heroes were being questioned of their patriotism. All our institutions working under state were pushing them to wall. Religion of  minor girls of minorities was being forcibly converted while all state institutions have kept silence. This is food for thought for all  peaceful citizens of Pakistan.

On 19 March 2019 2 Hindu girl sisters Reena and Veena were kidnapped from their home at Dahrki, Sindh. Later they were forcibly converted to Islam and married under duress and taken away to Rahimyar Khan. Media give full coverage to this incident but result was again nill.Now I want to bring few such incidents to knowledge of reads which I have come to know.

1- On 16-02-2015, four armed men intruded in home of Tmachi Meghwar son of Basar Meghwar at late night and abducted 2 girls Shrimati Mina and Shrimati Muni Meghwars. Father of girls approached area police station but getting no positive result, he filed a miscellaneous application No.119/2015 in Sindh High Court circuit bench against SSP Badin, kidnappers Sikendar son of Ghulam Hussain and Bashir Ahmed son of Ali Ahmed Junejo but even court did not provide justice to parents.

2-Likewise Hinjo Bheel daughter of Photo resident of village Muhammad Hayat, P.O. Gapano tehsil and district Umerkot, aged 16, was kidnapped by Hayat son of Haji, Ghulam son of Hasil, Naboo son of Rawal, Yousuf son of Mehran and Anwer son of Bachayo on 12-11-2016 at around 8 p.m. Parents approached local police station but with no result as such being compelled they  filed a case under CP No. 455/2017 in Sindh High Court Circuit Bench Hyderabad against D.I.G Mirpurkhas, SSP Umerkot, SHO Kunri, yet parents of kidnapped girl could not get justice.

5- On 29-11-2017 at 11 hours 3 armed men entered into house of Warsi s/o Saloo Kolhi of village Sanwri post office Nabiser tehsil Kunri district Umerkot and whisked away his young daughter Reshman after  kidnapping her.Parents approached local police but police did not provide any help to them whereupon they filed case in Sindh High Court Circuit Bench Hyderabad against S.S.P Umerkot, S.H.O Umerkot and above named accused under C.R.MISC.APP S.519/2017 the result of which also culminated in zero.

It may be added here that in Samaro town there was a seminar named Madrassa Gulzar Khalili wherein religion of  thousands of Hindus is converted. Last year religion of 192 Hindus was changed here including 108 women and girls. Administrator of this Madrassa Pir Ayub Jan Sarhandi refuses to accept any law/legislation framed against forcible conversion and openly rejects same with announcement that if any political party tried to pass legislation against enforced conversion the name of that party would be erased from that area. Pir Ayub Sarhandi declares such legislation as  wrong and black law.

According to fresh report of Pakistan Human Rights Commission there was fast increase in enforced conversion of Hindu girls and their marriages with Muslim men under duress. It was further reported by HRCP that minority girls from 12 to 25 years were whisked away from their homes and after torture they were forced to convert their religion and then married also forcibly. And when the parents approach local police for complaint. First of all police under influence of local Waderas, Jagirdars and politically influenced persons do not lodge FIR and then counter FIR is lodged by kidnappers   against parents of girls that girls have changed their religion on her own wish and that their parents were harassing them so girls be provided protection. While civil society claims that majority of courts ignore the ages of girls and that the courts never take it into consideration that how the minor girls have come to know on a sudden in their under age the reality of religion other than their ancestral and that until case is in pending the girls remain in custody of kidnappers where the girls are tortured. Such kidnapped girls are also brain washed to such extent that they give statements in courts that whatever has happened it was according to their wish.

This is also a fact that majority of Hindus living in Sindh happen to be belonging to poor lower class who are residing in Umerkot, Tharparkar, Mirpurkhas, Badin, Sanghar, Tando Allahyar, Tando Muhammad Khan and Hyderabad. Hindu and Christian minority communities claim that every year around 1000 under age girls of their communities are kidnapped, their religion converted and then these minor girls are forcibly married to Muslim men. February 2013 after protests and pressure of civil society Sindh government had formed a committee with aim to block enforced conversion and under age marriages of minority girls. Then in 2016 Sindh Assembly passed a law under which It was declared that religion of any minority girls could not be changed and that marriage under age of 18 years was made unlawful. Sorry to say that this law has not as yet been signed by governor as such this law has not been enforced up till today.

I ask question from Jagirdars of Sindh that if you want to extend scope of your religion then adopt the way of brotherhood, equality so that minority communities can convert to your religion under effect of your bahaviour and not under duress.

(The writer is human rights activist based in Sindh province of Pakistan. He can be reached at habibullahkhan825m@gmail.com