Pakistan’s eminent culpability in the dilution of Article 370 relating to Jammu and Kashmir. EFSAS 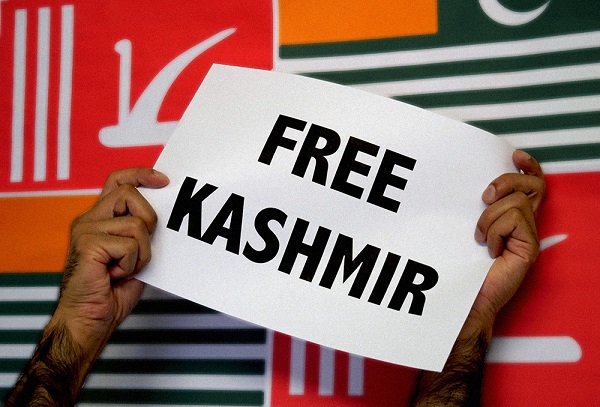 In its recently published commentary, “Pakistan’s eminent culpability in the dilution of Article 370 relating to Jammu and Kashmir”, EFSAS comments on Pakistan’s escalating desperation and child-like frustration at being outplayed by the Indian government through the latter’s game-changing decision of 5 August to dilute Article 370 of its Constitution. Pakistani leaders have been running helter-skelter across the globe and indiscriminately telephoning world leaders, imploring them to intervene in a situation that Pakistan itself has, ironically, through decades of highly flawed policies and blatantly illegal actions, played a substantial role in bringing about. As questionable as the Indian moves to alter the constitutional status of the State of Jammu & Kashmir (J&K) and to bifurcate it were, especially the clampdown that is currently in place in J&K, how Pakistan has a locus standi on the matter is difficult to comprehend.

EFSAS further describes how not content with the parts of the princely State of J&K that it had seized illegally in 1947-48, Pakistan made several other military attempts to illegally grab even more territory from Indian Administered J&K, most notably in 1965 and in 1999. The country has, meanwhile, not covered itself in glory in its handling of the parts of J&K forcibly and illegally held by it for over seven decades. While strongly protesting the Indian move to withdraw the autonomy that the state of J&K enjoyed and arguing that it would lead to demographic changes, Pakistan has totally lost sight of the fact that the Constitution that it drew for Pakistan Administered J&K prohibited “any opinion or action” that questioned the region’s “accession to Pakistan”. The Pakistani military clamped down brutally on any sign of dissent, and residents were subjected to repeated violations of their human rights. The severe restrictions that were placed on the media allowed Pakistan to get away with impunity.

Pakistan further divided Pakistan Administered J&K into the so-called ‘Azad’ (Free) Jammu & Kashmir (AJ&K) and Gilgit Baltistan (GB) regions. In April 1949, Pakistan supposedly signed the Karachi Agreement with the ‘President’ of AJ&K under which the administrative control of GB was transferred to Pakistan. No representative of GB was a signatory to this agreement. Subsequently, to deliberately dilute the Shia/Ismaili character of the GB region, the State Subject Rule that defined and categorized people as state and non-state subjects and granted the right to government office, land use and ownership only to State Subjects, was put in abeyance by the Pakistani government in 1974. This led to the migration of a large number of Sunnis from Pakistan into GB. From 1998 to 2011, it is estimated that the population of GB increased by as much as 63% due to large-scale migration. Subsequently, in March 1963, despite not having sovereignty of the region, Pakistan illegally ceded about 5,180 sq km of GB to China. In 2018, under pressure from China to elevate the constitutional status of GB to a province in order to provide legal cover for Chinese investments under the China Pakistan Economic Corridor (CPEC), Pakistan passed the Government of Gilgit-Baltistan Order 2018. Nevertheless, the government of Pakistan continued to retain exclusive powers to make laws in critical areas.

In its commentary, EFSAS further deliberates upon Pakistan’s long and blemished history of supporting and sponsoring almost all the terrorist groups operating in J&K, which has also come back to bite it hard. Firstly, it is inhibiting any bite on the myriad baits that Pakistan is casting out several times a day, ranging from painting doomsday scenarios between India and Pakistan, appealing to the religious sentiments of the Organization of Islamic Countries (OIC), linking any solution in Afghanistan to support over the recent developments in J&K, and even comparing Indian Prime Minister Modi to Hitler while accusing the world of ignoring the threat that he poses. Secondly, this sponsorship of terrorism directed against India in general, and J&K in particular, is linked to most of the reasoning that India has put forth to justify its moves in J&K. The Indian government’s argument that dilution of Article 370 was aimed at curbing terrorism and promoting development in J&K, efforts towards which had been severely inhibited due to the insecure environment that terrorism bred, was not without logic.

Whether the Indian moves were prudent and whether they would succeed and yield the desired outcomes will only be clear in times to come. However, what is not at all ambiguous is that the self-serving policies on J&K that were adopted by the Pakistani military establishment have contributed directly and substantially to the dilution of Article 370. Moreover, Pakistan’s actions have directly and adversely affected the interests of the people of J&K, whose cause Pakistan is now duplicitously pretending to agitate for.

In conclusion, EFSAS says that already discombobulated by the tepid response of the international community, Pakistan’s nervousness is compounded by the realization that the alternate options available to it are either undesirable or are fraught with danger. Despite being faced with a perilous situation that is charged with huge escalatory potential, outright war with India is something Pakistan dreads and will look to avoid. Reactivating terrorist proxies in J&K is also fraught with the risk of crippling sanctions by the Financial Action Task Force and other international organizations, which Pakistan’s floundering economy can ill-afford.