A Decade on from the last Growl of the Tiger: Religious Terrorism and Sri Lanka’s new challenges. Report by AFSAS 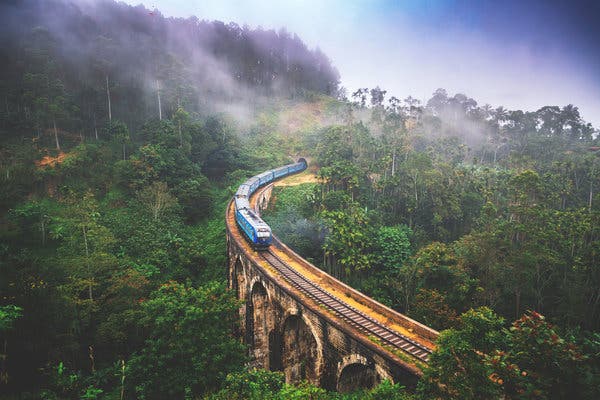 In its recently published article, “A Decade on from the last Growl of the Tiger: Religious Terrorism and Sri Lanka’s new challenges”, the European Foundation for South Asian Studies (EFSAS) investigates how the 2019 Easter Sunday bombings may point to the potential shift of ethno-nationalistic to religious extremism, revealing possible failures vis-à-vis earlier hopes for Sri Lanka’s transition to a democratic set-up. Noting the nation’s long history of a relentless civil war fought between 1983 and 2009 and the related struggle with combatting LTTE orchestrated terrorist attacks, EFSAS analyses Sri Lanka’s current threats regarding religious terrorism.  EFSAS further argues that in order to effectively combat further manifestations of ethno-religious violence, the Sri Lankan government must begin by setting its post-war political power-plays aside, after which it should redirect its efforts towards meaningful reconciliation, nation-building and cooperation with other South Asian nations currently combatting Islamic violence.

EFSAS begins by reviewing Sri Lanka’s history of unrest, outlining the governments ethnocentric policies that eventually birthed Tamil separatism, followed by an overview of President Mahinda Rajapaksa’s unparalleled whole-of-nation grand strategy that lead to the eventual defeat of the LTTE. Such an overview enables the analysis of how the concomitant militarism, culture of impunity particularly amongst the government’s military forces, and political machinations may have contributed to escalating tensions between the nation’s ethnic and religious communities. Furthermore, it allows to better understand the post-war power-dynamics which has resulted in the nation’s current political turmoil.

EFSAS then provides a detailed account of the 2019 Easter Attacks, thereafter analysing how the transition period between the end of the civil war and the Easter attacks reveals a trend of aggravated anti-minority sentiments and violence, which in turn may partly explain the potential rise of religiously motivated terrorism. While the nation’s history of extremist violence has traditionally  been contained to Sinhalese Buddhist chauvinism, Christian and Muslim communities have peacefully co-existed, naturally raising the question of why Christian churches and prestigious hotels in various parts of Colombo and Negombo were targeted during the Easter Sunday attacks.

In addition, EFSAS argues that the failure of intelligence cooperation between different agencies that could have potentially averted the Easter Sunday Attacks are a notable manifestation of the on-going political turmoil. What the Sri Lankan government must wrap its head around is the necessity of re-thinking its strategy in the fight against religious motivated terrorism, orchestrated with the aid of international terrorist organizations such as the IS. Military tactics and the use of brutal force that once outmanoeuvred the LTTE will not serve as sufficient responses when endeavoring to fight highly advanced terrorist networks,

EFSAS concludes in its study paper that as the future of home-grown terrorists remains uncertain, it is fundamental for Sri Lankan officials to enhance collaboration with other South Asian nations currently fighting Islamic extremism, while further improving efforts poured into post-war reconciliation processes. These could include the possibility of mediation between the ethnic and religious minorities, while furthermore tackling sociopolitical and socioeconomic issues which may potentially facilitate religious indoctrination and thereby exacerbate religious fundamentalism. Especially in an environment prone to anti-minority religious violence, it is important not to partake in further communal division. However, these improvements will not be attained against a background of political instability and distrust which the nation currently faces. It is therefore crucial for the Sri Lankan government to begin by overcoming on-going power-struggles, and instead redirect its energy and efforts towards those who remain the biggest victim of terror.