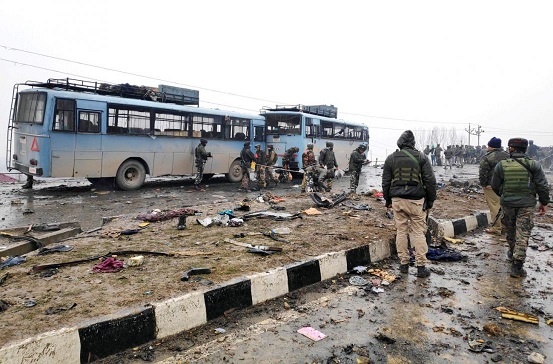 In its recently published commentary, “The Asia-Pacific Group’s scathing evaluation report limits Pakistan’s options in Jammu & Kashmir”, the European Foundation for South Asian Studies (EFSAS) comments on the findings of the Asia-Pacific Group (APG) of the global terror finance and money laundering watchdog Financial Action Task Force (FATF), which were revealed during the 22nd Annual Meeting of the APG held in Canberra from 18-23 August, in regards to Pakistan’s Anti-Money Laundering (AML) and Combating Financing of Terrorism (CFT) regimes. Pakistan had failed to impress APG officials during the earlier meeting in Guangzhou, China, on 15 May, and an APG delegation that visited Pakistan in March this year had made scathing observations on the callous attitude of the Pakistani State towards terror financing. The theme at Canberra was no different.

EFSAS explains how Pakistan has been under the FATF’s scanner since June 2018 when, after an assessment of its financial system and law enforcement mechanisms, it had been put on the grey-list for terror financing and money laundering risks. Pakistan had at that time given a high-level political commitment to work with the FATF and APG to strengthen its Anti-Money Laundering (AML) and Combating Financing of Terrorism (CFT) regimes, and to address its strategic counter-terrorism financing-related deficiencies. Pakistan and the FATF had agreed on the monitoring of 27 indicators under a 10-point action plan, with specific deadlines, based on the results of which Pakistan could be removed from the grey-list, retained on the same list, or relegated to the blacklist in September/October 2019.

The Annual Meeting of the APG in Canberra adopted Pakistan’s 3rd Mutual Evaluation Report as per the APG’s Third Round Mutual Evaluation Procedures. In the Mutual Evaluation Report, the APG noted that the effectiveness of Pakistan’s AML and CFT regimes were of a low level. Of the 11 ‘effectiveness parameters’ of terror financing and money laundering, Pakistan was adjudged low on as many as 10. The APG also found Pakistan non-compliant on 32 of the 40 ‘compliance parameters’ of terror financing and money laundering. As a consequence, the APG decided to place Pakistan on its Enhanced Expedited Follow Up List, which borders on blacklisting, on account of its failure to live up to its commitments and adhere to the APG’s suggestions. Pursuant to this listing, which amounts to a stinging slap on the face for Pakistan, the country would, starting from 1 February 2020, also be required to submit quarterly progress reports, instead of biannual, to the APG to show improvements in its action on AML/CFT. This adverse listing by the APG is likely to have a deleterious impact on Pakistan’s prospects of evading blacklisting at the next plenary meeting of the FATF that is scheduled to be held in Paris on 13-18 October. This FATF plenary will be preceded by another round of mutual evaluations by the APG in Bangkok from 5 September.

EFSAS further underlines the severe economic consequences for Pakistan in the increasingly likely eventuality of it being blacklisted by FATF. The country is in the throes of an economic crisis and is heavily dependent on external borrowing for even its day-to-day sustenance. This reliance on funds begged and borrowed from abroad is only expected to increase in the months and years ahead, with no silver lining visible on the edges of the dark clouds that have enveloped Pakistan’s dysfunctional State structures. In this precarious financial situation, blacklisting by FATF would without doubt hit Pakistan hard. Pakistan’s $6 billion loan agreement with the International Monetary Fund (IMF) would come under threat, as the IMF has asked Pakistan to ensure compliance with FATF’s action plan and to demonstrate commitment against money laundering and terror financing.

EFSAS concludes by arguing that as pressing as the challenges posed by the incisive scrutiny by FATF are for Pakistan’s economy, they assume even more criticality in view of the changed circumstances in J&K. Pakistan’s age old rhetoric of waging a thousand years war with India to wrest the part of J&K that India administers is being belied with each passing day, and pledges by Prime Minister Khan and his cronies to go to any extent to reverse India’s 5 August decision are ringing hallow. Unable to make any meaningful impact through its vain efforts at internationalizing the J&K-issue, and bereft of the military might to take on India in an all-out confrontation, the one remaining option that Pakistan has relied upon over decades has been to bleed India through Pakistan’s carefully nurtured terrorist proxies. Therefore, the Pakistani establishment today finds itself in the proverbial horns of dilemma. It is itching to do what it does best – export terror, but is also mindful of the potentially debilitating consequences that such a line of action would spew, with both the FATF and an India backed by the bulk of the international community not in the mood for condonation or liberality. On the flip side, if the Pakistani establishment is unable to live up to the tall and misleading expectations on J&K that it itself has bred and encouraged amongst generation after generation of its citizens, and if it chooses instead to go down with a whimper, its own standing within Pakistan would become very vulnerable and shaky.

The hard reality, though, is that it is none other than the establishment that has pushed itself into this corner.