Failure of Pakistan to get any traction from the Closed Door UNSC Meeting on Kashmir. By Manzoor Ahmed 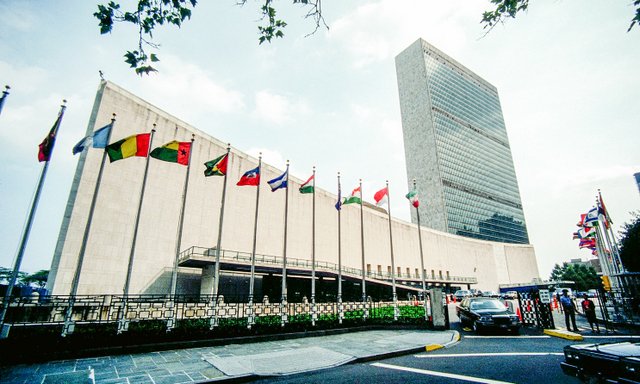 The UNSC closed door meeting on Kashmir on 16 August 2019 ended without any outcome precisely because it was not intended to be so. Pakistan’s preposterous claim that the UN had effectively raised the Kashmir issue again after 1965 fell flat when it was revealed that all countries in the Security Council, except the UK supported the Indian position on the abrogation of Article 370 of the Indian Constitution.

In fact, Russia had come out in the public early one to say that Kashmir is a bilateral issue which had to be sorted out as such. Russia's deputy permanent representative, Dimitry Polyanskiy told reporters just before entering the meeting room in New York that Moscow's view was that Kashmir is a "bilateral issue" between India and Pakistan.

It is of note that it was China, Pakistan’s all-weather friend, who wrote a letter to the UNSC on behalf of Pakistan, seeking a meeting on the Kashmir issue. Reports indicate that the UNSC closed door meeting was actually planned to discuss Syria and Central Africa, but China intervened to put Kashmir on the table. And so, the issue was discussed not in the main meeting but really on the sidelines. So much for China’s efforts to get the UN to talk on Kashmir! Really, Beijing needs to be reminded that Kashmir is an internal matter of India just as Xinjiang is an internal matter for China.

China had pushed for an outcome or a press statement to be delivered after the consultations by Poland, the President of the Security Council for the month of August. The UK also sided with China in calling for a statement to the press. But this did not happen and Pakistan’s bluster was finished. This was also because Indian diplomats had done their homework and briefed the representatives of the P 5 in the UN. In its discussions with UNSC members, India was able to break down "piece by piece" and counter each of the arguments made by Pakistan. India's approach has remained consistent that a constitutional matter internal to India cannot become a “threat to peace and security”, as claimed by Pakistan in reference to Article 370.

Pakistan on the other hand has been pushing the issue to every international forum possible, in the hope that somebody will take it up giving Pakistan some leverage. Pakistan’s Prime Minister Imran Khan’s statements raising an alarmist bogey regarding a possible war between India and Pakistan over Kashmir are also a desperate attempt to raise the ante over Kashmir. All these efforts have come to a naught and the only people who are at ease are the military in Pakistan as this gives them an opportunity to distract attention from the poor state of Pakistan’s economy.

Pakistan should know that it has no locus standi to be speaking, and commenting on a purely internal matter of India, one that relates to the Constitution of India, a sovereign issue by any measure. Therefore, Pakistan has been derailed by the international community in its efforts to internationalise the Kashmir issue, especially in the current situation. The other related point is that when the Maharaja of Kashmir signed the Instrument of Accession on 26 October 1947 and it was accepted by Lord Mountbatten the next day, the princely state of J&K became a part of the Indian Union. The Instrument gave India control over three subjects, namely defence, foreign affairs and communications. Therefore, there is no ‘dispute’ over Jammu and Kashmir.

Constitutional expert and lawyer A.G. Noorani writes that “except Jammu and Kashmir, every state accepted Part B of the Constitution of India which provided uniformly for the governance of the former princely states”. Significantly, Jammu and Kashmir was the only state to declare its intention to have its own Constitution, drafted by its own Constituent Assembly. This intention was made clear as far back as 5 March 1948, by Maharaja Hari Singh’s Proclamation. The state of Jammu and Kashmir then negotiated the terms of Article 370 to protect those rights with the Constituent Assembly of India.

The origins of Article 370 can be found in Article 306A, inserted by the Constituent Assembly as an interim measure in October 1949, which limited the accession of Jammu and Kashmir to defence, foreign affairs and communications. Following the Delhi Agreement in July 1952 between Jawaharlal Nehru and Sheikh Abdullah on Kashmir’s autonomy, Article 306A was replaced by Article 370 of the Indian Constitution. But note that all along 370 was a “temporary” provision and in its original form provided for amendments.

That is why successive governments in India used Article 370 as the route to extend Central laws to J&K, instead of removing the provision all together. This provided the means, albeit complicated in law, to extend central authority over the State. What has happened now is that the fig leaf of 370 has been removed and the Centre has taken over complete control of the territories of J&K, by making them into two Union Territories.

Thus it is seen that the process of integration of Jammu and Kashmir has evolved over time. What caught most people off guard by the Government’s decision to revoke Article 370 and 35A was the suddenness of the announcement. In a way, the move by the Indian government is the culmination of previous efforts to integrate J&K more closely with India.

In this sense, the rationale for Pakistan seeking to raise the issue of Kashmir with the UNSC in August 2019 is a clear indicator of their warped understanding of the Kashmir issue. There is also an element of duplicity in Pakistans stance in wanting to talk about Kashmir, but not about Pakistan Occupied Kashmir, comprising of Azad Jammu and Kashmir and Gilgit Baltistan. That is the real question the international community must raise now. Pakistan has a lot to answer!.