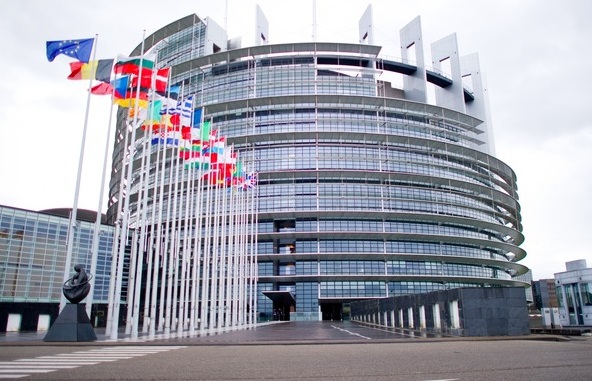 At two separate events in Brussels and Geneva, members of the European Parliament have backed India and have refused to buy Pakistan’s diplomatic shenanigans on the Kashmir issue that it is trying hard to ‘internationalize’.

Pakistan has launched into a frenzied diplomatic campaign to discredit India that has revoked the special status of Jammu Kashmir and Ladakh, within its own territory and as per a move in its own parliament. But the world community is clearly tired of uncalled propagation of this issue.

A day before European parliament met in Brussels on September 17 to discuss the Kashmir issue, the Pakistani media was agog with speculation and expectation. It was sorely disappointed.

At least two European parliamentarians Ryszard Czarnecki and Fulvio Martusciello slammed Pakistan for harbouring militants, with one of them saying terrorists who carried out attacks in India did not “come from the Moon.”

The “from the moon” reference resonated with former Indian President Pranab Mukherjee, who had said while addressing the European Parliament when he held the august office and toured Europe.

Mukherjee had used exactly this expression then and it is to the credit of India’s leadership that five years down that event, at least one European lawmaker used this to show Pakistan its place in the world of diplomacy.

During a special debate of the plenary of the European Parliament on the situation in Kashmir, Mr. Czarnecki, the member of EU Parliament and European Conservatives and Reformists Group in Poland called India the “greatest democracy of the world”.

“India is the greatest democracy of the world. We need to look at terrorist acts that took place in India, Jammu and Kashmir. These terrorists didn’t land from the Moon. They were coming from the neighbouring country. We should support India,” said Mr. Czarnecki.

Mr. Martusciello, a member of EU Parliament and Group of European People’s Party (Christian Democrats) in Italy, said Pakistan had threatened to use nuclear weapons which was a concern to the European Union.

“Pakistan is the country from where terrorists have been able to plan bloody terrorist attacks in Europe,” said Mr. Martusciello while accusing Islamabad of human rights violations.

The European Parliament did not buy Pakistan’s gun-to-the-head approach reminding one and all that both India and Pakistan are nuclear weapons powers and there could be a nuclear holocaust if there was a war.

The Europeans did not appreciate attempts at nuclear blackmail. Nor did they show any interest in the Kashmir dispute that they hold is strictly bilateral and should be resolved through talks.

Opening the debate on behalf of the Vice-President of the European Commission, Federica Mogherini, EU Minister Tytti Tuppurainen said ‘no one could afford another escalation in Kashmir’.

The EU Minister urged India and Pakistan to resolve Kashmir issue through dialogue, seeking a peaceful and political solution, respectful of the interests of the Kashmiri population on both sides of the Line of Control (LoC).

“This is the only way to solve the long time dispute to avoid instability and insecurity in the region”, she added.

India has defended imposition of restrictions in the Kashmir Valley on the grounds that they were put to prevent Pakistan from creating more mischief through proxies and terrorists.

The European Parliament MPs and clerics were speaking at a joint press conference at Geneva Press Club on the situation in Jammu and Kashmir post abrogation of special status to it.

Calling the scrapping of Article 370 "a fully internal matter of India", European Parliament member (MEP) Thierry Mariani supported India on the matter and rejected Pakistan's attempt to internationalise the issue.

"This is not an international event. It is just a change of status. Kashmir belongs to India. If India decides to change the status of Kashmir, it is India's internal matter. The status change will just benefit J-K," he told ANI here.

On Pakistan Prime Minister Imran Khan's appeals to the international community to intervene on the issue, Mariani said Europe should not get involved in any "country's internal matter".

"It's a question of a country and we do not have to get involved in the decision of a country. Pakistan can try it but I must say that the EU must vote (against it)," he said when his opinion was sought on Khan's statements.

Furthermore, a country like Pakistan whose Prime Minister Imran Khan, himself, disclosed on Sept. 23 at a meeting at the Centre for Foreign Relations in New York City that Pak Military and Intelligence agency ISI, trained so-called Mujahideen, under CIA tutelage to fight in Afghanistan. It is a well known fact that country’s Jihad mill continued to produce, train and indoctrinate terrorists to carry out attacks from Manhattan to Mumbai.

On Sept. 12, 2019, leading Indian Islamic Organization Jamiat Ulama-i-Hind stated Kashmir is an integral part of India and denounced separatist movements while calling it ‘harmful’. They stood behind the government for its move.

Maintaining that J-K is an integral part of India, Maulana Mahmood Madani, Jamiat Ulema-e-Hind general secretary, rejected the Pakistan Prime Minister's attempts to internationalise the issue and asked the neighbouring country to work for the welfare of Pakistanis.

"J-K is an integral part of India. We do not accept any interference by Pakistan and other nations in Kashmir. We cannot compromise with India's integrity and we reject Pakistan's narrative," he said.

Syed Salman Chishty, the custodian of Dargah Ajmer Sharif, also rejected Pakistan's propaganda on Jammu and Kashmir, terming it a "failed attempt". "This is a failed attempt. People who know the truth will not pay heed to their propaganda," he told ANI.

MEP Herve Juvin also extended his support to India on abrogation of Article 370 and maintained that it is India's internal matter.

"For us, the Kashmir issue is an internal matter of India. We don't want to get into the internal affairs of India. We were cautious about any action to internationalize the issue of Kashmir," Juvin said.

Pakistan, which has been making a hue and cry over India's decision, has found itself isolated on the Kashmir issue after being snubbed at the United Nations as well as by the countries like the United States, France, and Russia. India has maintained that the move on Kashmir is its "internal matter" - a stance that has been backed by a majority of SAARC countries as well.