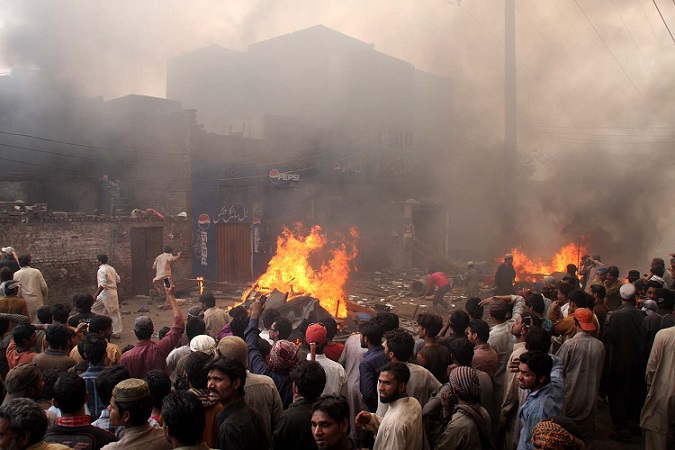 Last month, two incidents targeting religious minorities in the country have put spotlight on the deplorable conditions and ongoing human rights violations. Pakistan has been widely condemned for its crackdown and dismal record against the local minorities.

Within Pakistan, rights campaigners and human activists actively called out Islamabad's response to the minority targeting incidents including the mysterious death of a Hindu medical student and the alleged blasphemy by a primary school teacher of same faith.

Our state has reportedly been discriminating against its own citizens of religious minorities and takes forms in various crimes including targeted violence, mass murders, extrajudicial killings, abduction, rapes, and forced conversion to Islam making the Pakistani Hindus, Christians, Sikhs, Ahmadiyyas and Shias one of the most persecuted minorities in the region.

Among the many misconceptions that exist in Pakistani society one is mind blogging and completely outdated – there is nothing wrong in forcing people to convert to Islam. So called Islamic institutions that enjoy a powerful position in the country's national affairs and governance promotes the strong proselytizing zeal among the people, especially local clergy to bring non-Muslims into the fold of the dominant faith.

To convert someone is perceived as a pious deed and actively taught by the illiterate and narrow-minded local clergy that find nothing wrong in using the method of force.

Never mind that such sort of crimes has nothing to do with Islamic teachings. According to Quran and Hadith, Islam neither allows forced conversion nor accepts the faith of those who are forcibly converted to Islam. Moreover, the forced conversion can’t create acceptance with love and faith in the person's heart for Islam is not related to superficial practice of rituals, but rather it is a matter of acceptance by heart. Therefore, we can clearly see that Islam rejects any justifications on forced conversions.

The Islamic teachings have clearly dismissed the concept of societal coercion and there is no scope for compulsion in matters of faith. In conclusion, people of other faiths can’t be compelled by use of force to become a Muslim.

Having said, with rise of religious persecution in the country, I fail to understand why is there very little outrage in the community and no attention given by Muslim religious leadership at this mockery of our religion by Muslims ourselves? Why are we so reluctant to address the main root causes of the existing systematic nature of religious based exploitation of the underclass - as significant population of religious minorities comes from lower- and middle-class social groups facing poverty and economic vulnerability.

The impunity and lack of accountability adds to the pressure on religious minorities, who are exploited due to being socially and economically disadvantaged.

One good thing that has come out of this year's dismal record on minorities is that on August 21, a group of religious minorities submitted a 10-point memorandum to the Pakistani government, demanding recognition of their human rights.

The memorandum seeks an increase in the minimum marriage age to 18 from 16; creation of a federal ministry for religious minorities; a 5% quota for scholarships; protection for houses of worship; laws to prevent discrimination in employment, education and society etc.

Among those who signed the memorandum include representatives of the country’s Muslim, Hindu, Sikh, and Baha’i communities. The initiative was organized by the Italian chapter of Aid to the Church in Need (ACN), a Catholic charity and foundation that helps persecuted Christians worldwide, and by Catholic advocate Tabassum Yousaf, linked to the Community of Sant’Egidio peace group.

Hope still remains... despite the myriad of complex challenges that Pakistan is grappling with. Though Prime Minister Imran Khan and his government are struggling on many fronts, we urge the government to adopt effective policies for minorities protection and inclusion in the main stream.