A new formulation of life-saving medicines on the anvil for children living with HIV. By Shobha Shukla 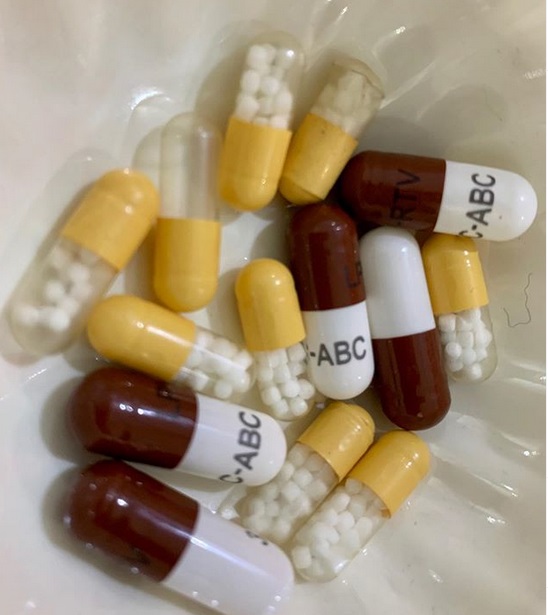 An easy to consume, heat-stable, fixed-dose combination of four antiretrovirals (ARVs) developed for HIV infected infants and young children between 3 and 25 kg bodyweight is currently under review by the US Food and Drug Administration (FDA). If approved by the FDA, this all-in-one ARV regimen, consisting of 4 ARV medicines (lopinavir, ritonavir, abacavir and lamivudine), could prove to be a game-changer for millions of HIV infected infants and young children around the world, especially in low and middle income countries.

Not only is it a very child-friendly formulation (as opposed to the currently available regimens), this new fixed dose combination (FDC) called Quadrimune comes at a very affordable price too. Indian pharmaceutical company Cipla, who has developed the drug in partnership with DNDi (Drugs for Neglected Diseases initiative) and Unitaid, has committed to price this new product at less than one USD a day to make it affordable for all those in need of it.

Out of the estimated 1.7 million children aged 0-14 living with HIV globally, almost 90% of them live in Sub-Saharan Africa. Out of these 1.7 million children, 1.1 million are in the age group of 0-9 years, 160,000 of whom were newly infected with HIV in 2018. Only an estimated 54% of the children living with HIV have access to treatment and over 300 children die from the disease every day. Inappropriate and suboptimal treatment options contribute to low treatment coverage.

Children born with HIV get infected through their HIV positive mothers, who were neglected, and through no fault of their own. Children form a vulnerable group of people living with HIV, yet they remain a neglected lot in so far as development of optimal child-friendly antiretroviral formulations for infants and children are concerned.

“While a lot of progress has been made to simplify treatment regimens for adults living with HIV, unfortunately no one has bothered about children, as they form a very small group of patients and so do not represent a lucrative market for the pharmaceutical industry”, said Dr Francois Bompart, Director of Paediatric HIV and Hepatitis C virus, at DNDi, in an interview given to CNS (Citizen News Service), official media partner of the 20th International Conference on AIDS and sexually transmitted infections in Africa (ICASA 2019), held in Kigali, Rwanda.

For children in many parts of Africa the recommended treatment for years has consisted of a very unpalatable and long lasting bitter-tasting syrup, with 40% alcohol content, that uses two of the ARV drugs. This is given along with two other drugs. The syrup has to be refrigerated and it is very bulky. Transporting a heavy load of the syrup bottles from far off hospitals to their home becomes a challenge for mothers of children with HIV. Moreover, in the absence of refrigerating facilities, often the mothers bury the bottles in sand to keep them cool. Then again, another challenge is that as the bottles are visible, disposal becomes a problem as the neighbours can see the bottles and come to know that there is a child with HIV in the family which stigmatises them as well as confidentiality of the child patient and caregivers is not preserved. All these hurdles result in high chances of treatment being disrupted and/or totally opted out of, Bompart added.

But now finally there is a treatment designed specifically for infants and young children, who are at a high risk of dying if they do not receive treatment. The new formulation does not require refrigeration and is easy to administer to infants and children of different weights and ages. It comes in the form of a very fine tasteless powder kept inside a tiny little capsule which the mothers can open and mix the powder with food or milk so that the baby does not even realise what he/she is eating.

While the price of the current regimen (syrup plus the two standalone drugs) being given to children is USD 20 per month, Cipla will provide Quadrimune at a price of USD15 per pack of 120 capsules, giving a price of USD 1 per day ($360 per year) for children in the medium weight bracket of 10 to 13.9 kg, and at 50 US cents per day for younger children and infants.

According to Bompart, “It is also critically important to not just treat the babies, but to also ensure that HIV infected pregnant women are properly treated to prevent transmission of the virus from mother to child. While we have to work for less and less children to be infected with HIV, we also need to take better care of those already infected. If kids are not treated, 50% of them will die before the age of 2 years. But those who survive need to be protected from the damage the virus does to their body. And this is what this adapted formulation aims for”.

Meanwhile, DNDi has begun a study in Uganda to look at the efficacy, safety and acceptability of this formulation in HIV-infected children. The first round of results obtained in 16 children are extremely encouraging, both from the side of the pharmacokinetics of the drug as well as by way of its acceptability by mothers and children. Two other studies are also underway to examine some additional benefits of the new medication. A study by South Africa's Stellenbosch University is trying to find out if this product can be used in neonates and if it can also stop the virus in its tracks to prevent infection in those kids who are exposed to the virus from their mothers but are not infected. Yet another South African study will examine if any dose adjustment of the drug is needed for those children with HIV who are co-infected with TB.

Once approved by the FDA and validated by the WHO, this optimal child-adapted all-in-one ARV regimen holds the promise of being a game-changer in addressing the treatment needs of millions of infants and young children infected with HIV.

(Shobha Shukla is the founder Managing Editor and Executive Director of CNS (Citizen News Service). She is also the coordinator of Asia Pacific media network to end TB & tobacco, and beat NCDs (APCAT Media). Follow her on Twitter @Shobha1Shukla, @CNS_health, or visit www.citizen-news.org)