Homage to Maharaja Hari Singh who acceded J&K to UOI in 1947. By Bhim Singh 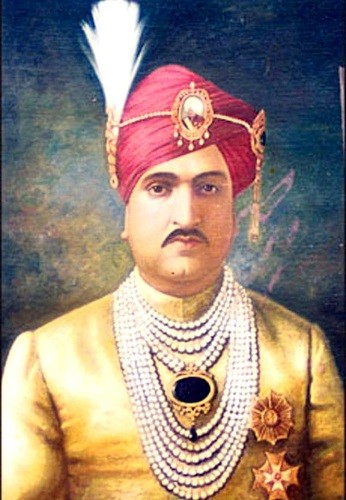 The J&K National Panthers Party held a ‘Online Video Conference’ to pay homage to Maharaja Hari Singh, Jammu & Kashmir who acceded Jammu & Kashmir with Union of India on 26th October, 1947 by signing the Instrument of Accession. Maharaja Hari Singh was removed, though unconstitutionally in 1952 by the so-called Constituent Assembly, Jammu & Kashmir. He was the only King in the Indian history who was forced to vacate his home State on March 5th, 1948. He alone migrated to Bombay and spent rest of life till he died 26th April, 1961. He was only 65. His son, Dr. Karan Singh, the then Sadar-e-Riyasat of Jammu & Kashmir immersed his ashes in the River Jammu Tawi as was desired by Maharaja Hari Singh in his will.

It was this day when thousands of students of Colleges and Schools led by Prof. Bhim Singh (a Student in GGM Science College Jammu), late Mr. Opinder Nath Khajuria, the then President of Commerce College Jammu, late Mr. Raj Kumar Seghal (GGM Science College Jammu) & others seized Jammu Civil Secretariat demanding to lower flag half-mast which was flying on the Secretariat in honour of Maharaja Hari Singh. The then Prime Minister, Bakshi Ghulam Mohd. refused to lower the flag. Thousands of students captured the Secretariat and climbed to the top. Mr. Bhim Singh, Mr. Opinder Nath Khajuria and some others students lowered the flag half-mast in honour of their Maharaja, Hari Singh.

The senior Police Officer, the then DIG Jammu, Mr. Lakhman Dass Thakur, arrested several student leaders who lowered the flag half-mast which included Bhim Singh, O.N Khajuria, Raj Kumar Seghal, Karan Singh, Brijraj Singh, Jagdish Singh, younger brother of Bhim Singh studying in Science College Jammu and some others who were charged under dozen of cases, remained in jails as under trials for over 15 months. Mr. Bhim Singh was moved to Kathua jail and then Reasi. Several students could not appear in their examination whereas Bhim Singh appearing for BSc final exam could not appeared for practical examination so all failed to clear their respective exams.

1.            “I am an Indian first then a Maharaja” it was most daring statement of Maharaja Hari Singh which stunned the British Rulers and surprised dozen of Indian State Rulers in the Conference.

2.            It was Maharaja Hari Singh who introduced compulsory education to the children in the State.

3.            It was a Maharaja who introduced State Subject (Permanent Resident Certificate) for the residents of Jammu & Kashmir. The Constituent Assembly of India while writing the Indian Constitution allowed the permanent residents certificate for the people born in J&K.

5.            It was Maharaja Hari Singh who opened hospitals for public both in Kashmir and in Jammu which are still the leading hospitals.

6.            It was Maharaja Hari Singh who opened Colleges at both Srinagar and Jammu which are the popular colleges even today.

7.            It was Maharaja Hari Singh who opened all Hindu Temples for all including those known as Scheduled Caste/untouchable.

8.            It was Maharaja who established an elected State Assembly of Jammu & Kashmir in 1939. Even one of the popular opposition leader Mr. Afzal Beigh was a Minister in his Government being an elected Member of the State Assembly.

9.            He had only one son, Yuvraj Karan Singh whom he sent to the common Public Schools in Ajmer (Rajasthan) and then to Dehradun.