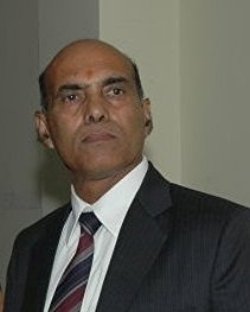 Going by the media coverage all over the world the entire mankind is rightly concerned about the developments in Indo-China-Pakistan region especially after June 15 (when out of team of about 100,  20 Indian soldiers, their officers and Commander were killed and rest were injured moreover as per India much more were killed & injured from Chinese side) at Galwan region of Ladakh in united-J&K where this brutal & barbaric fight took place without fire-arms. The mankind has rightly concluded with great concern that -

(ii)- Given the legal & political complications the Indian action of August 5, 2019 (when article 370 & 35-A were amended & repealed and the State of J&K was converted into two Union Territories) has generated not only about the position of Pakistan (which reportedly through Islam has laid down the lives of about one hundred thousand Jihadis for Kashmir) but also for China about the security of CPEC, which is question of life & death for China, as was Panama Canal for the USA during Presidency of Theodore Roosevelt]

- if the leader of the free world the USA (which established the UN on its soil after World War II through which global political order is functioning since then) does not discharge its global responsibilities then war between these three nuclear countries (namely India, China and Pakistan) is highly likely.

Such unfortunate & catastrophic situation has arisen because India has nowadays become strategic ally of the USA (against China through Quad also) hence through powerful media (under Western influence) is being allowed by world community to unnecessarily drag this region and consequently most of the mankind in impending nuclear war, as explained below:-

(1)- This bloody incidence of June 15 would not have happened if India had made the agreement (reached on June 6 between Army generals of India and China about de-escalation and retreat of troops from confronting-positions), public. This irresponsible secrecy constrained India to send its team of about 100 at this site in the dark of the night for the purpose and reasons which the world has still to know.

(2)- As far as problems with Pakistan, by this time India should have reversed the illegal population transfer (happened during partition of India in 1947) which is the main cause of communalism in Indian subcontinent. Also India should have gone for plebiscite in united- J&K as mandated by the ‘Instrument of Accession’ (IoA) which reads as - “[the question of Accession should be decided in accordance with the wishes of the people of the State, it is my Government’s wish that, as soon as law and order have been restored in Kashmir, and her soil cleared of the invader, the question of the State’s Accession should be settled by a reference to the people. Yours Sincerely Sd/- Mountbatten of Burma]”. But India has done nothing about both.

(3)- As far as the border dispute of India with China, this problem could have been easily solved long back had India asked the UN to resolve this dispute (which is a legal dispute unlike India’s political dispute with Pakistan on united - J&K) through UN judicial Commission, but India did not do it. Now the time for this has gone due to Corona -pandemic (in which India especially its working class has suffered maximum) which as per governments of USA & India happened due to this virus made in the laboratory of China . (4)- Hence now India should have asked the UN to constrain China to adopt a transparent political model (maybe even by retaining communist model while enforcing human rights in China as enshrined in ICCPR of the UN) so that such pandemic may not happen in future. Because China is resisting UN-investigation against it and is also opposing a transparent political model in China, India should have promoted independence of Tibet, but India has not done any of such things despite knowing that with independence of Tibet there will be no border of India with China hence there will be no Indo-China border dispute.

(5)- India unnecessarily tried to harm the legitimate interests of China on the issue of CPEC. In this age of globalization free global trade  through cheap and efficient transportation  should be supported & promoted by every country hence by showing wisdom, India (even before China thought about CPEC) should have offered a corridor to China through nearest major port Kandla, Gujarat (with access to Arabian Sea). This not only could have immensely benefited India too economically but also would have dispelled the fear of using the port for military purpose by China (as is happening in case of Gwadar port which would not have been the case about Kandla port).

(6)-  Therefore the USA and the world community, if want to avoid this imminent nuclear war then should ask rather constrain India to do the following, without any further delay:-

(i)- India should move the UN (A)- For investigation into Coronavirus which as per Government of India (GoI) was made in laboratory in China and China didn’t do legally expected , as per international laws & norms, to stop this virus (pandemic) spreading from China to rest of the world and (B)- For asking China to adopt liberal transparent democracy by abolishing its authoritarian Communist political model which has become a threat to the survival of entire mankind as is proved during this pandemic of Coronavirus.

“[In case of highly likely resistance by China to said initiative, India should remain in UN only after ensuring that the world community denies China huge power in the UN (like Veto etc) even by transforming the UN (as was done by the USA after WWII by changing ‘League of Nations’ into ‘United Nations’), if necessary. How can India (the worst victim of opaque communist model of China) allow China the Veto power in UN and to derive economic, political, military etc benefits from a global political order through UN which is transparent and based on human rights enshrined in ICCPR and which China is flouting so brazenly?]”.

(iii)- In the interest of eliminating communal poison from Indian subcontinent, India should work for reversing illegal ‘population transfer’ which is against the mandate of partition of India by repealing ‘Citizen Amendment Act’ of India and to identify ~ 80 million (~ 20 % of their expelled population) mainly Hindus from Pakistan & Bangladesh and to work for giving them dual citizenship (one for India and another for Pakistan or Bangladesh) by keeping in mind that the last word on India’s partition is yet to be written. Also to allow dual citizenship to mainly Muslims from Pakistan and Bangladesh (the displaced due to partition) who want to come to India.

(A)- India should repeal the Article 1 (3) (a) of The Constitution of India and PART II THE STATE (3) of the Constitution of J&K [which illegally show J&K as Indian territory (like any other State of India) and even an integral part of India without any mention of the condition of plebiscite to decide the territory of J&K as per the IoA].

(B)- India should ensure a plebiscite in united J&K under Indian authorities (with UN Observers & international media) at the earliest possible after ensuring in united J&K (including Aksai Chin in second stage) the conditions conducive for carrying out such plebiscite required by IoA.

(C )- India should release all the people of J&K who have been arrested on political basis [out of legally objectionable (in view of IoA) the apprehension of Indian authorities that they may demand plebiscite or independence of United J&K] including those people who have been arrested on political basis since August 5, 2019 . Also  India should ensure the peaceful & just rehabilitation of Kashmiri Pandits in Kashmir.