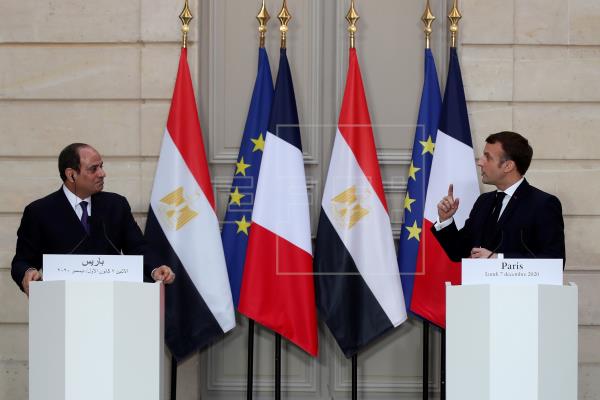 Nearly five years ago now, I wrote about a courageous Coptic Christian woman and a brave Coptic Bishop who stood with her and her son in the “Bedouin arbitration” court after she fell victim to a heinous crime. *As justice is never served through the “Bedouin” process of arbitration, shortly thereafter the woman and her son brought a civil lawsuit against the perpetrators in the state court. This past December 2020, her case was lost in favor of Islamists. The religious deep state found the offenders innocent, and the court set them free.

The issuance of the acquittal judgment was the final act in the prolonged Al Karma village drama and eradicated any hope of healing sectarian differences among Egyptians. The verdict showed the decadence and indecency inhabiting Egyptian society. In conjunction with an unrelated statement made by Egypt’s president earlier the same month, this case unfolded Egypt’s ugly truth.

It began with collective punishment and expiation in the streets

Al Karm is a small, miserable village in the Al Minya Governorate, which is one of the poorest governorates in Egypt. In Al Karm village, as in other parts of the country, Muslims and Christians live as neighbors. The common denominator of its villagers is simplicity of life penetrated with poverty and ignorance. Such conditions aid in the diffusion of Salafi fundamentalists and Muslim Brotherhood influencers that are able to control behavior and handle religious matters.

In July 2016, a rumor started everything. It circulated that a relationship existed between a Christian man and Muslim woman -- unacceptable to the Muslim community. Seeking reparations, a religious mob struck back.

After the targeted man was seized by the radicals and arrested by the police, his mother, a woman in her 70’s, was stripped naked, dragged from her home and paraded through the village streets. As the mother of a Coptic man who had been convicted in the court of public opinion for a religious crime she paid a dear price.

During this humiliating and brutal exercise the mob screamed Allah u Akbar signaling great satisfaction as if winning an Islamic invasion (Gazwa). State authorities and Al Azhar Sunni Institute both turned a blind eye. There were no statements of condemnation coming from either direction.

“Peace and tolerance” in the international media

Despite the benign image of Islam portrayed by Al Azhar propaganda around the world, local mosques in Egypt steadfastly continue to spew “hate speech” embedded in prayers against Christians and Jews through open-air mics blasting the streets during weekly, Friday services.

During their press conference in France on Dec 6, 2020, the Egyptian president offered a morality lesson to Macron when a journalist asked them each for his vision concerning religion and social issues. Macron responded:

“We consider the human value to be the most important of all … Any person has the right to choose the religion he wants to believe in … The religious issue should not be related to the political issue.”

The clash between the two leaders demonstrates the hierarchy of values in the Arab-Muslim culture. Differing from the Western view and dominating the Islamist mentality, the embracing of ideas, rejecting them and expressing opinions remains confined to religion alone. Religious values come before that which makes up human value -- life, liberty, free speech, free will, i.e. all human rights. In the West, human rights (God given) stand above all else, and religious freedom is one of those rights.

The battered and humiliated Coptic family was assaulted due to an Islamic “insult” and under the auspices of religious values was finally defeated in the pursuit of justice. This is how Al Sisi’s “rank of religious values is much higher” comment actually plays out over and over in horrible tragedies. Egypt’s society suffers at the hands of religious values incongruent with human rights and ranked above them in governing the country.

It is this basic concept that does anything but deter Egypt’s internal divisions. It fosters all types of crimes against the Christian minority. Islam’s rooted perception of values appears as the heavy stumbling block to fairness and equality under the law. The president’s message in the international arena discourages any potential for modification to religious teachings, which could lead to gradual change in outlook and respect for life and liberty.

Also, Al Sisi’s statement to Macron illustrates Islam’s double standard. Al Sisi indicates that without violating religious values one can “embrace what he wants and reject what he refuses…” and as well express opinions. This implies that individuals with Islamic “religious values” must embrace, reject and express only while adhering to approved doctrine, and those outside of Islam must not embrace, refuse or express their truths at any time because it is merely an exercise of intrinsic human value (rights).

As with the tragic incident of this family, the tremendous danger in statutes and decisions coming from the “rank of religious values” over human value lies in giving absolute immunity to those believing in Islam’s religious values. This carries in its essence an absolute threat to the humanity of the country -- especially to those who do not embrace the religious values of the ruling, majority religion. Egypt has become a cruel society due to the diminution of human value.

The message to women sent by the verdict

The verdict from the Egyptian court is in keeping with Islamic doctrine where it is permissible for a man to violate a woman’s body and dignity. Al Sisi’s statement made it clear; religious values supersede human value.