Maulana Nomani, instead of communally inciting Sikhs & Muslims, should get farmer's problems solved by establishing rule-of-law in India. By Hem Raj Jain 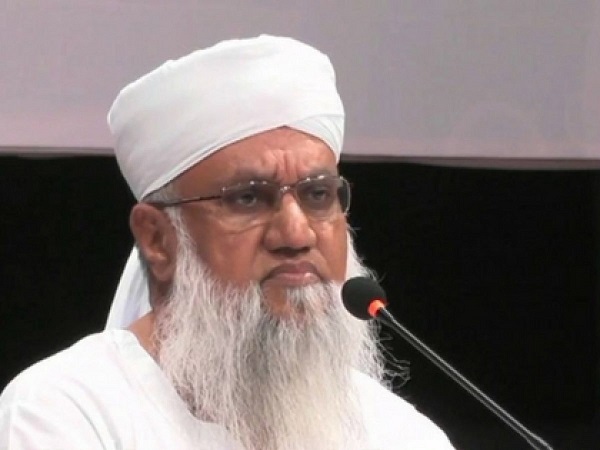 The people were surprised that how come the leadership of Indian Muslims has so far not tried to communally exploit the situation born out of on-going farmer’s agitation which is increasingly becoming a national agitation (from the localized agitation at Delhi border by the farmers mainly from Punjab, Haryana and Western U.P.), the agitation which is concerned with about two third of India (farmers + farm laborers) who are fully or partly dependent on agriculture income ? But the people had not to wait for long and a Muslim leader Maulana Sajjad Nomani of ‘All India Muslim Personal  Law Board’ (AIMPLB) has started spreading the communal venom by saying at Singhu border that Muslims and Sikhs believe in ‘Ek Ishwarwad’ [one God, implying that the problems of India is due to Hindus (mainly the present government of the BJP of Hindutva forces) who do not believe in one God hence Hindu leadership does not understand the problems of farmers etc] as reported at https://www.youtube.com/watch?v=RmK1sp36UCs

No doubt Sikhs are the main driving force (through Langar etc by Gurudwaras too) behind these ‘Dharnas’ (sit-ins) by farmers at Delhi border but it is surprising that the religious leader of Muslims (250 to 300 million. Maulana seems to have illegal immigrants in view while quoting this figure of Muslims in India) had to wait for the solution of the problems being faced by the weaker section of Indian society through Sikhs, who are not even 10 % of Muslim population in India.

Maulana further said that Indian Muslims will support this farmer’s agitation all across India. There is nothing wrong in mobilizing Muslim support for this farmer’s agitation because Muslims are also farmers and farm laborers hence are suffering due to said problems in agriculture sector of India. But Maulana should know that this problem of two third of India is mainly due to communal politics of Hindu majority India (despite secular constitution) as is evident from the fact that overwhelming majority of these farmers + farm laborers are from so called Dalit / oppressed  and backward castes of India hence not merely the governments but the Indian State never bothered about their problems though hundreds of thousands of farmers have committed suicide during last few decades due to nonremunerative prices of agriculture produce. The communal politics of India presently ruled by the Hindutva forces ‘guided’ by the RSS is mentioned at https://wadikinews.com/rss-will-be-irrelevant-by-its-centenary-if-doesnt-become-pro-state-democracy-secularism-and-hindi-rashtra/    or https://chauthiduniya.com/the-rss-started-committing-blunders-right-from-its-establishment-in-september-1925/  or https://www.pakistanchristianpost.com/opinion-details/3768

Maulana should realize that Hindutva forces could damage secularism & rule-of-law in India by acts of commission but the Muslims (the major religious minority-community) helped it by their acts of omission.  Therefore if Maulana really wants to solve the problems of farm sector then he, instead of communalizing the issue, should endeavor to establish secularism and rule-of-law in India mainly by filing writ petitions in the Supreme Court of India (SCI) about: -

(i)- Legally expected restoration of status-quo-ante of Babri Mosque which was demolished in presence of the observer of the SCI in 1992. This petition can be filed even now despite SCI deciding the appeal in November 2019 against Muslims.

(ii)- Plebiscite in united J&K as mandated by 'Instrument of Accession' (IoA) by getting entire territory (including and especially with Pakistan) free from out-siders (along with working for plebiscite in Balochistan who’s IoA, unlike IoA of J&K, was obtained by Pakistan under military pressure and against resolution of its Parliament / Jirga)

(iii)- Dual citizenship for about 160 million Hindus & Muslims of India, Pakistan and Bangladesh who were violently displaced due to illegal population transfer and which has communalized the entire Indian subcontinent and has rendered the partition of India to a level of legal & moral fraud.

(v)- Getting all reservation laws quashed under article 13 & 14 of the Constitution which are discriminatory against Muslims because it gives reservation to even those castes of Hindus (so-called backwards and other backwards) who have ruled in various parts of India.

(vi)- Getting anti-conversion laws (which are against the fundamental  right to freedom of religion) quashed because these  prevent conversion by absurdly saying that it is done through coercion, allurement, love-Jihad etc.

(ix)- Recovering about Rs 1,000 Trillion income tax from about 1 million fake farmers as mentioned at https://timesofindia.indiatimes.com/business/india-business/Prominent-people-hiding-taxable-income-Jaitley/articleshow/51408323.cms

While filing above writ petitions in the SCI, the Maulana should keep following three points in mind:-

(1)- The best way of suppressing any community is by suppressing its religion hence Hindutva forces did it through Babri-Masjid. The Muslims should have asked the SCI to first restore the status-quo-ante of Babri Masjid (which was demolished in presence of observer of the SCI) before deciding the suit (in appeal) because otherwise it is criminal contempt on the part of the SCI for lowering the authority of the Court as per section 2 (c ) (i) read with section 16 of the Contempt of Court Act. Moreover in the said petition (to  restore the status-quo-ante of Babri Masjid) the Maulana should mention that (as a result of any Presidential message to Parliament under Article 86 of the Constitution may be on the basis of the SCI reference to President) if the BJP tries to legislate through parliament the construction of Ram Temple at disputed site by giving argument (for argument sake) that Muslims demolished a temple for constructing Mosque and by rousing emotions of Hindus that Muslims killed many Hindus on religious basis (which was a norm during those days) then it will be countered in Parliament by the argument that Hindus also did the same with Jains and Buddhists [including in Tamil Nadu where thousands of Jains were killed by Hindus and their Temples destroyed as reported at https://www.youtube.com/watch?v=qZ-yYklEAFA and including at Tirupati Temple in Andhra Pradesh (the largest pilgrim center of Hindus in terms of offerings it receives) where idol of Balaji is in fact the idol of 22nd Teerthankar (Prophet) of Jainism,  Nemi Nath ji as reported at https://www.facebook.com/572610036214525/posts/tirupati-balaji-is-originally-a-jain-temple-converted-by-ramanujamsankaracharya-/1964085217066993/ and https://www.youtube.com/watch?v=R3VMmNGHA9M ] . Hence the BJP can’t do it without converting the constitution of India from secular to theocratic which India can’t afford to do because India is getting huge support from the West led by the USA (especially against Muslim theocratic Pakistan) only because India is constitutionally a secular democracy.

(2)- The small land holdings are one of the main reasons for the problems in the agriculture sector which has not only prevented modern & mechanized farming in India but more importantly it has also denied the farm laborers the benefit of labor laws including minimum wages act. Hence Maulana should keep in mind the problems of farm laborers which have been neglected because they are mostly from the oppressed castes of India.

(3)- The legally enforceable ‘MSP’ will also not solve the problems of the farmers because they don’t have bargaining power (being poor) and their condition will be like of poor laborers who despite ‘Minimum Wages Act’ do not get minimum wages and their contractors give less wages but get their signatures on minimum wages. Hence the real solution is a comprehensive ‘Public Distribution System’ in which the GoI will have one outlet for every 1,000 people. This will require about 14 Lakh (hundred Thousand) shops / outlets (owned by the GoI) all over India which will require a commensurate network of godowns, cold storages, purchasing centers, transport facilities etc. This will need huge State-capital which can easily be provided by recovering said Rs 1,000 Lakh Crore Income Tax. Hence Maulana should also take the matter of recovering this huge State capital, seriously.

It is hoped that Maulana Nomani will try to solve, as mentioned above mainly by filing writ petitions in the Supreme Court, the problems of farm sector (not only of farmers but of farm laborers too) by solving the other related problems also (in social, political religious, social fields) which are at the roots of (like many other problems of India) the problems being faced by the agriculture sector in India, in which two thirds of India is fully or partly engaged.