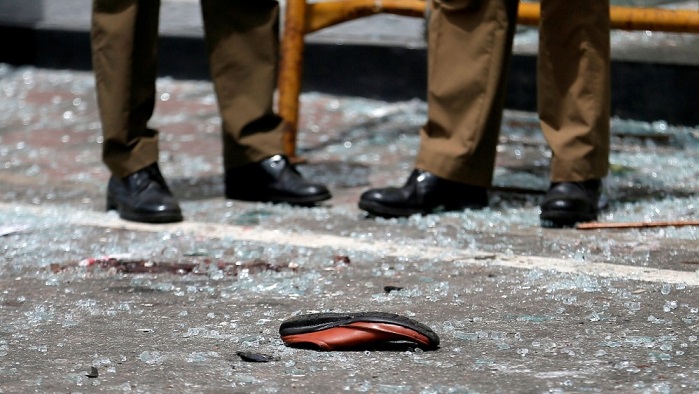 New Jersey: April 23, 2019. (PCP) The American Sikh Council (ASC) is shocked at the mass murder committed by terrorists through a series of coordinated bombings which has rocked churches and several hotels in Sri Lanka, killing almost 300 people on Easter Sunday April 22, in the South Asian island nation. More than 500 people have been injured in the worst attack of its kind.

Nearly all victims were Sri Lankan. Dozens of foreigners were also killed. The blasts targeted four hotels, including the Shangri-La, Kingsbury and the Cinnamon Grand in the capital Colombo.

There have been no claims of responsibility for the attacks do far, but the cabinet spokesperson and health minister Rajitha Senaratne blamed the bombings on ‘National Thowheeth Jama'ath’, a little-known local Muslim organization. There were six suicide bombers involved in the explosions. So far, 24 people have been arrested in connection to the attacks.

The FBI and Interpol are among the global agencies who are stepping in to assist the investigation.

The government may have had information about the attacks prior to the bombings.

At least four US nationals were killed in the Sri Lanka attacks, according to AFP news agency. It is reported that several other US citizens were also seriously injured in the assault on churches and luxury hotels.

Sudesh Kolonne a church goer saw his 10-year-old daughter Alexendria dead on the floor of St Sebastian Catholic Church. Her mother Manik Suriaaratchi was also killed in an instance. Hundreds of families are in shock as so many have lost loved ones in front of their eyes.

The American Sikh Council (ASC) stands in solidarity with all the people of Sri Lanka in prayer and condemns this heinous crime in every possible way.

American Sikh Council (ASC) President Dr.Gurdas Singh stated, “Our heartfelt condolences and prayers go out to the families of the victims of this horrifying and extraordinary terrorism.”

The American Sikh Council (ASC) stands firmly against all kinds of terrorism and all terrorists must be denounced in the strongest possible terms and brought to justice.

The American Sikh Council (ASC) urges all the Gurdwaras and other Sikh institutions to rally against hate and bigotry, and continue to educate non-Sikh neighbors about the Sikh message of universal brotherhood/sisterhood to spread peace and inclusiveness as directed by our faith founders.

The American Sikh Council also urges all Sikh Americans to be vigilant and make sure that there are security measures in place for the respective Gurdwaras and the sangats. These are worrisome times and it is up to us to be proactive and be prepared to keep our children and everyone safe.