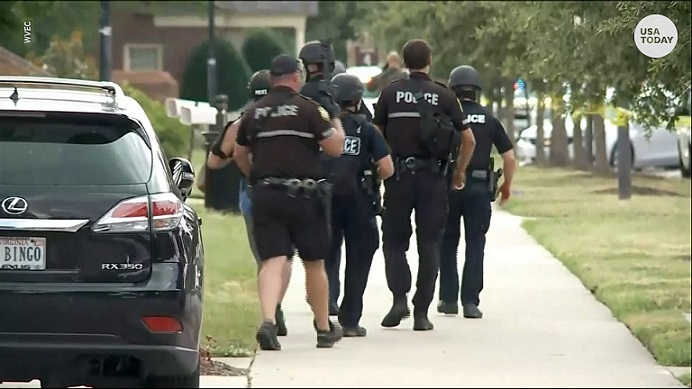 Voorhees, NJ: June 4, 2019. (PCP) The American Sikh Council (ASC) is shocked at the mass murder which took place at the public works department in Virginia Beach, VA on Friday May 30, 2019.

The shooter, identified on Saturday as DeWayne Craddock, 40, a public utilities engineer, was also killed in a gun battle with four police officers. Craddock a certified engineer with the city’s public works department, had no history of violence or mental disease or discipline issues rather was in good standing within his department. Acquaintances and co-workers who knew him could have never imagined him to be able to this kind of violence.

There were 12 victims killed in the attack and several victims who were wounded. As of Saturday, three people were in critical condition and one was in fair condition, hospital officials stated.

The police authorities found two legally purchased .45-caliber pistols at the scene of the crime.

The shooter's parents reached out Friday night and informed the press that they weren't aware of any problems between their son Craddock and his employer.

The family posted a handwritten note on a front door: "We are grieving the loss of our loved one. At this time we wish to focus on the victims and the lives (lost) during yesterday's tragic event," the Craddocks wrote. "Our thoughts and prayers are with the families of those who (lost) their lives, and those recovering in the hospital."

American Sikh Council Vice-President Jasbir Kaur stated, “Our heartfelt condolences and prayers go out to the families of the victims of this horrific massacre. Also an earnest plea to our legislators for a proactive reform on background and mental health checks pertaining to guns.”

The American Sikh Council (ASC) stands firmly against all kinds of violence and mayhem everywhere.

The American Sikh Council (ASC) urges the Chesapeake Gurdwara and other community members to reach out and help the injured and families of the murdered victims in any way they can! Sikh Americans should continue to educate non-Sikh neighbors about the Sikh message of universal brotherhood/sisterhood to spread peace and inclusiveness as directed by our faith founders.

The American Sikh Council also urges all Sikh Americans to be vigilant and make sure that there are security measures in place for the respective Gurdwaras and the sangats. These are trying times and it is up to us to be proactive and be prepared to keep our children and everyone safe.