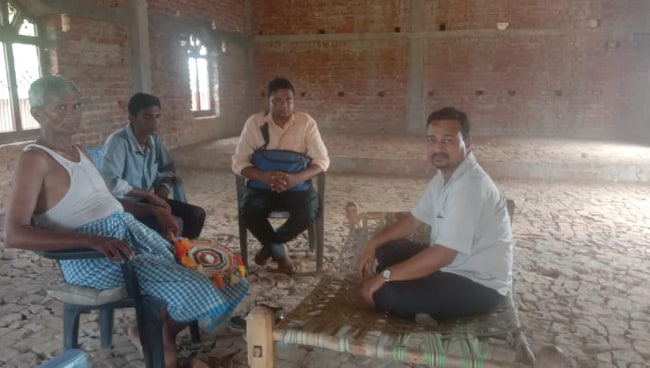 Chitracoot, India: October 11, 2019. (PCP) 11 Christian church pastors who complained to the police about the anti-social behaviour of a local Hindu neighbour, were themselves arrested on false charges of harassment.

Three years ago, Pastor Gyanendra with the help of Believers Church of India (BCI) an Indian based Christian organization purchased a piece of land at Shivram District Chitracoot. Due to limited financial provision it took two years for the completion of the basic infra structure for the Church building. However, while the church building slowly developed Pastor Gyanendra started conducting regular church meetings. The church congregation increased day by day and over a year 30 families became regular members of the church.

On 23rd August 2019, Pastor Gyanendra and 10 pastors from other local churches who joined in support, made a complaint that Mr. Ram Lakhan, a local Hindu man, was fly tipping regularly in front of his church creating a bad odour that disrupted services. When Mr Lakhan a Hindu from a venerated high caste became abusive and ignored the complaints of the pastors a few days later the church leaders decided to visit the local police station and register their concerns.

The police initially took the allegations seriously and agreed to talk to Mr Lakhan to resolve the matter. However, after meeting with Mr Lakhan their mood changed significantly. Instead of investigating the anti-social behaviour that had affected the church they instead arrested the pastors, after Mr Lakhan made a counter-allegation against them of harassment.

Mr. Lakhan who originally sold the land to Pastor Gyanendra to build a church, alleged the pastors used violence and harassment against him when they confronted him. Allegations which all the pastors categorically deny.

The pastors allege that Ram Lakhan accused the pastors after becoming irate when he saw the incident in a local newspaper and is using the biased nature of local police to seek revenge.

The 11 pastors were told to appear before a court and managed to raise the 50,000 Indian Rupee (£570) bail assurance bond through prayer and donations.

Juliet Chowdhry, Trustee for the BACA, said: "11 Pastors have been forced to suffer loss of their liberty which has impacted on their ability of their churches to hold services and function normally despite their innocence.

"It beggars belief that a complaint about antisocial behaviour has resulted in so many Pastors being accused of harassment and arrested without any evidence but the testimony of a favoured Hindu.

"Moreover it is worrying that their legitimate concerns have been ignored by local police due to these false allegations of a chagrined Hindu citizen.

"Such double standard justice is dangerous as it implies that any Hindu seeking vengeance against a Christian can simply use local police services to settle vendettas."