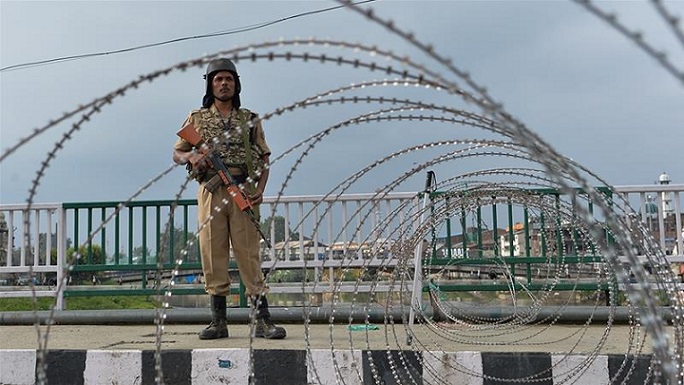 New Delhi: November 29, 2019. (PCP) Prof.Bhim Singh, NPP Chief Patron who is also Sr. Executive Member of Supreme Court Bar Association (SCBA) today assured the protesting lawyers of J&K Bar Association, Jammu that he shall take up their matter with the Supreme Court Bar Association as well as the Bar Council of India for their immediate intervention to ensure that High Court Complex shall not shifted for many reasons. Mainly because the High Court of J&K in its judgment in a case filed by Prof.Bhim Singh, has directed the J&K government that the forest land in Bage Bahu, Jammu shall not be used for housing purpose. He said that High Court of J&K cannot be shifted to a forest land.

Prof.Bhim Singh also said that the government arbitrarily and without seeking the opinion of the Bar Association, Jammu has issued direction that all the registration will be taken care of by the revenue authorities. This has created a chaos among the lawyers as the judiciary has been arbitrarily deprived of its power which judiciary has since 1930, Prof.Bhim Singh also reminded the state authorities that the Constitution makers in 1949 when Constitution was being drafted under the chairmanship of Baba Saheb Ambedkar that the existing laws in J&K shall not be demolished or suppressed. Prof.Bhim Singh congratulated the Jammu Bar Association for fighting public interest issues mentioned above and the people of J&K and the lawyers’ standby the lawyer associations which have been on the roads for the past 29 days. He also thanked the litigants and the people of Jammu for their full support and solidarity with the striking lawyers who are on the roads.

Prof.Bhim Singh, Chief Patron of National Panthers Party has appealed all the Members of Parliament irrespective their parties to send their joint delegation to Kashmir so that the real picture emerging in Kashmir Valley shall come in the notice of all political parties in Parliament.

NPP expressed surprise that entire political process in Jammu and Kashmir has been dug in the grave of political interest by the ruling party in New Delhi. He said that this matter needs to be discussed in the Parliament after the representatives of the political parties visit Kashmir without delay. He also expressed sympathies with the people of Kashmir Ghati and Jammu province who have been deprived of the statehood by the Parliament under the dictates of ruling party in Delhi which shall prove counter-productive and shall not be national interest.

NPP urged the President, Mr. Ramnath Kovind who is looking after Jammu and Kashmir because the J&K state is under President’s Rule and its’ statehood has been demolished by the Parliament who was not competent to do so.