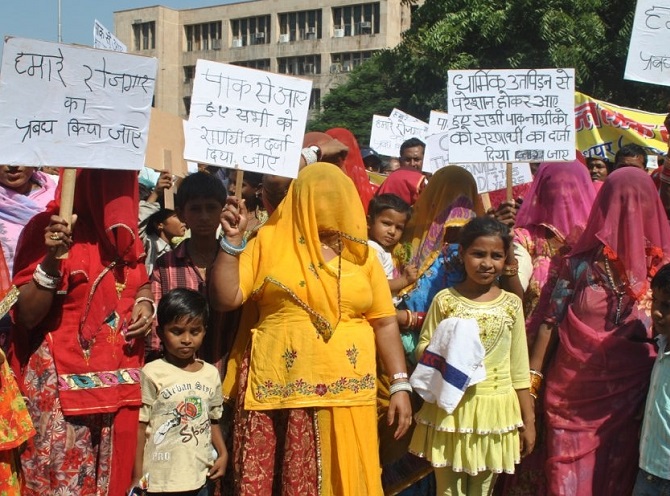 New Delhi: Prof.Bhim Singh, Chief Patron of National Panthers Party & Sr. Executive Member of Supreme Court Bar Association (SCBA) has urged the Parliament to let the country know what is the status of the Resettlement Act passed by J&K Assembly in 1981, which had issued clearance to those who had migrated from Jammu and Kashmir in 1947-48 during partition of India, to return to J&K and resettled on their land and houses which they had left after the partition and settled in Pakistan.

The Sr. Advocate Prof.Bhim Singh, who has been arguing the case has moved an application for urgent hearing of the case as it is created lot of division among the residents of Jammu and Kashmir because of the dual policy of the Central governments since 1982 when this Act was finally cleared by the Legislative Assembly of J&K. Prof.Bhim Singh appearing for National Panthers Party shall be moving an application urging the Supreme Court to hear the matter as early as possible so that the confrontation and conflict created by passing this law shall be brought to an end. He said that if this Act has been annulled, as is the rumour, by the Parliament along with the Act converting the state into Union Territory and abrogating the laws passed by the State of J&K, the President of India should be advised by the Supreme Court to declare that Resettlement Act is no more a valid law. Unless, he said, Resettlement Act is not declared unlawful and not operative any more the confusion and chaos will continue.

He said that the Panthers Party shall be moving an application before the Supreme Court of India in this regard seeking final judgment on the status of Resettlement Act, J&K so that peace returns to lacs of families in J&K who were allotted Evacuee Property in J&K. He also said that Panthers Party shall seek the regularization of evacuee properties to the allottees one for all when this is made clear that Resettlement Act is no more valid in J&K.