IDC Calls for the Expansion of UNIFIL 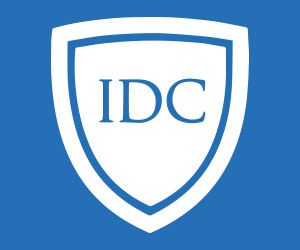 Washington, D.C: As reports indicate that the illegal crossing of diesel oil and flour from Lebanon to Syria intensify, IDC grows concerns over the influence of Hezbollah in the country.

“The illegal smuggling of supplies is only the tip of the problem," said IDC President Toufic Baaklini. “As Hezbollah continues to contribute not only to the financial instability of the country, they put the safety of Lebanese citizens in jeopardy,” he continued.

This comes weeks after a U.S.-led international movement to designate Hezbollah as a terror organization, starting with Germany placing a ban on Hezbollah activities within its territories.

At the United Nations, many voices are calling for the disarmament of Hezbollah, including Secretary General António Guterres.

“I continue to urge the government and the armed forces of Lebanon to take all measures necessary to prohibit Hezbollah and other armed groups from acquiring weapons and building paramilitary capacity outside the authority of the State,” Guterres noted.

IDC urges President Trump to work with Ambassador Craft, with the support of Secretary Pompeo, to enhance monitoring capabilities of  UNIFIL, specifically to combat the illegal activities on the border with Syria.

The Lebanese Armed Forces (LAF) remain to be the only legitimate security force in the country. As Lebanon struggles with COVID-19 response, political instability, and frequent protests, their means of operation are stretched.

IDC believes that the combination of an international movement to target illegal Hezbollah activities on the border with Syria through a strengthening of UNIFIL will give the people of Lebanon much needed relief in a time of extreme crisis.