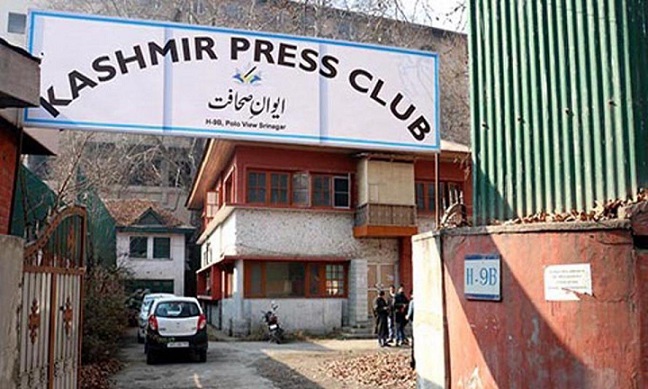 New Delhi: “The so called ‘New Media Policy’ adopted in the Union Territory of Jammu & Kashmir on 2nd June, 2020 has created sustained narrative on the functioning of the government in media and dubbed the freedom of press as enshrined in Chapter-III of the Constitution of India since all Fundamental Rights are applicable to J&K since August 5th, 2019 when Article 35A was deleted by the President of India. There are sufficient provisions in the Constitution to provide reasonable restrictions on the freedom of press. Jammu & Kashmir is integral part of the Union of India with application of all Fundamental Rights since abrogation of Article 35A.

This is a statement made by Prof. Bhim Singh, Chief Patron of J&K National Panthers Party, Senior Advocate in the Supreme Court of India and Executive Chairman of State Legal Aid Committee, Jammu & Kashmir. He said there are sufficient laws to control the media within the Constitution and Penal Code. There cannot be separate media laws for a Union Territory and rest of the country. Such drastic press control laws were not used during emergency in 1975. Supreme Court in its judgment has strictly maintained that freedom of press cannot be controlled by draconian laws.

Prof. Bhim Singh urged the President of India to use his executive and legislative authority to direct the Lt. Governor of the Union Territory to withdraw this kind of drastic law which cannot be applied in a Union Territory like Jammu & Kashmir to curb the freedom of press and the Fundamental Rights enshrined in Chapter-III of the Indian Constitution. He said that this so called ‘New Media Policy’ is totally illegal, improper, unconstitutional & violative of the Fundamental Rights enshrined in the Constitution of India which stand applicable in respect of Jammu & Kashmir.