‘Not for sale to outsiders’, message to hit every door, shop, field in J-K & Ladakh: Panthers Party 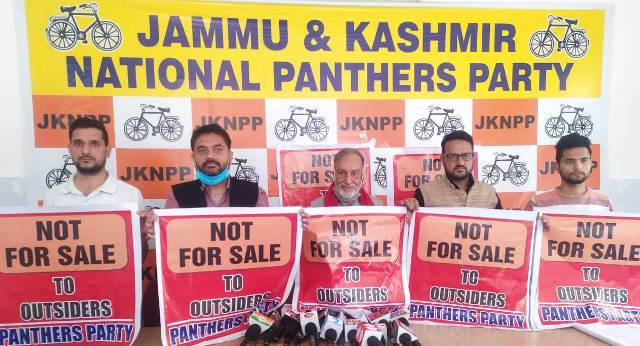 Jammu: The posters released by Panthers Supremo Prof. Bhim Singh at Jammu will reach every door, house, field, factory, shop and other establishments all over the State of Jammu and Kashmir now comprising Jammu-Kashmir & Ladakh.

The posters with the slogan, ‘Not for sale to outsiders’ will be in the shape of handwritten banners, cardboards, clock pieces, flexes and other modes of display. The residents will make it themselves including translating it in their own language including Dogri, Kashmiri, Ladakhi, Pahari, Gojri and other languages spoken in the state.

In Ramban-Banihal, it will be led by the General Secretary of Panthers Trade Union, Mr. Sewa Singh Bali. Young Panthers led and NPSU members shall mobilize the youth for the campaign. All other office bearers in districts, blocks, committees, frontal organizations of the party and others will organize the campaign in their respective Villages, Galis, Towns, Municipal areas and all other places.

The campaign would mean lodging of direct public protest through peaceful means in the entire state. Every resident will be motivated to create his/her own poster in the language of choice and display. The campaign shall pick up in phased manner and pick up accordingly and continue till the black law issued through a dictatorial administrative order by the Home Secretary. The Panthers Party strongly feel that the order is ultra vires of the Constitution and against the spirit of Instrument of Accession signed by then Maharaja Hari Singh on October 26, 1947 and further signed and accepted by the Governor-General of India, Lord Mountbatten on October 27, 1947. The new land law is against the value of law.

Further updates and developments of the campaign shall be communicated regularly in the coming days to the media and others by the party. 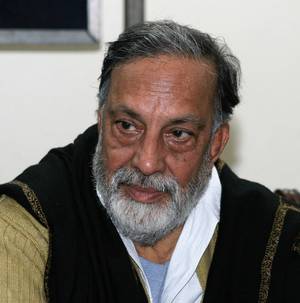