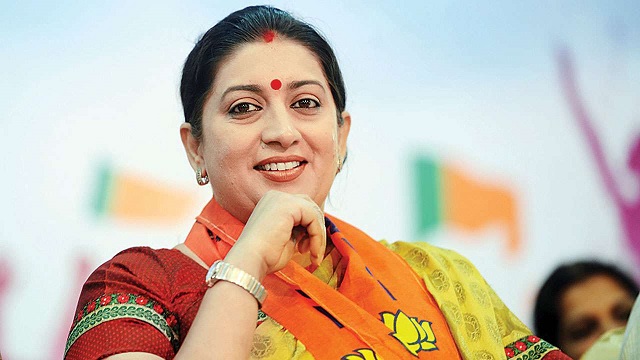 New Delhi:  Prof.Bhim Singh, Founder & Chief Patron of J&K National Panthers Party expressed shock on the statement that the Union Minister, Mrs.Smriti Irani made in public in Reasi district today using BJP’s favourite words against Panthers Party describing the Panthers Party as ‘B’ of Gupkar Gang. Least knowing the facts that wheat she called ‘Gupkar gang’ is an association of two recognized political parties namely, National Conference and PDP. She unfortunately has no knowledge of law that calling a recognized political party a gang is a totally unlawful and offensive word.

Prof.Bhim Singh regretted that he as a lawyer and political worker hoped that Smriti ji in future shall be pleased to use words which are accepted in the dictionary of political language and should match her personality. He said that J&K National Panthers Party is a recognized political party like two other parties in J&K. He said that Mrs. Smriti Irani jumped from art to politics and became a Union Minister but she has yet to go through the political dictionary and particularly the history of Jammu and Kashmir where she has been forced to campaign for BJP. Prof.Bhim Singh said that Panthers Party is ‘A’ team of the revolutionary movement in India which has been fighting for equity, justice, respect for all persons and above all ours sisters and daughters at par with all.

Prof.Bhim Singh advised Mrs.Smriti Irani, whom he considers as his younger sister shall be doing good to her new political profession, if she may spare sometime to read the history, culture and geography of the area she is forced to visit by the political bosses to campaign in the loosing areas in political campaign.