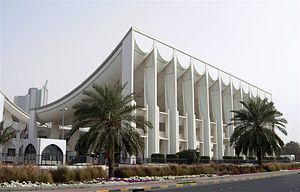 The government of Turkey according to President Vladimir Putin of the Russian Federation is an accomplishment in supporting terrorism. Putin is not alone in stressing this. Indeed, even the Vice President of America has made similar comments in the past. Likewise, leading Kurdish leaders have stressed the same and countless images and videos exist that imply the same conclusion. Strong words by Putin were expected after it became known that NATO Turkey had downed a Su-24 fighter jet. On top of this, sickening images show Russian Federation servicemen being mocked by terrorist allies of Turkey. Before focusing on the comments by Putin it is important to stress that Joe Biden, the Vice President of America, also linked NATO Turkey to terrorism. Biden stated openly that “The Turks, who are great friends — I have a great relationship with Erdogan, whom I spend a lot of time with — the Saudis, the Emiratis, etc. What were they doing? They were so determined to take down (Syrian President Bashar) Assad and essentially have a proxy Sunni-Shia war.” Biden continues: “What did they do? They poured hundreds of millions of dollars and thousands of tons of weapons into anyone who would fight against Assad — except that the people who were being supplied were al-Nusra and al-Qaeda and the extremist elements of jihadis coming from other parts of the world.” Therefore, once it became known that Turkey had downed a Russian Federation Su-24 fighter jet then clearly Putin had to respond to such a provocation. Especially in light of Turkey often violating the airspace of Iraq and of course the continuation of the occupation of Northern Cyprus. These two realities make a mockery of Turkey being so concerned about its airspace given the fact that the Russian Federation bares no ill will towards Turkey. Indeed, the Russian Federation is bending over backwards to solve the crisis in Syria. Despite this, the usual Sunni Islamist sponsoring nations of Turkey, Qatar, and Saudi Arabia continue to incite sectarianism in Syria, in the full knowledge that this will spread to neighboring Iraq and spill over to Lebanon. According to Putin the Russian Federation fighter jet had been attacked by the air force of Turkey while inside Syria. Even if the fighter jet had strayed into Turkey it is clear that this nation was not threatened in any way. Similarly, it is abundantly clear that various terrorist and sectarian groups are utilizing the border areas of Turkey and Syria under the cover of this nation. Therefore, it is essential that the Russian Federation target various terrorist ratlines in order to challenge the international menace of ISIS (Islamic State – IS). France 24 (with AFP, AP and REUTERS) reports “Speaking in the Russian Black Sea resort of Sochi before a meeting with Jordan’s King Abdullah, Putin called the Turkish downing of a Russian Su-24 fighter jet a “stab in the back committed by accomplices of terrorists.” Putin himself says: “This event goes beyond the fight against terrorism. Of course, our servicemen are engaged in a heroic struggle against terrorism, not sparing themselves or their own lives. But today’s loss is related to a stab in the back, carried out against us by accomplices of terrorist. I cannot otherwise describe what happened today.” YPG spokesperson, Polat Can, is quoted in a similar way in Newsweek where he says categorically “There is more than enough evidence with us now proving that the Turkish army gives ISIS terrorists weapons, ammunitions and allows them to cross the Turkish official border crossings in order for ISIS terrorists to initiate inhumane attacks against the Kurdish people in Rojava [north-eastern Syria].” Another powerful American politician, Rand Paul (R-Ky), says “We have been fighting alongside al Qaeda, fighting alongside ISIS…ISIS is now emboldened and in two countries. But here’s the anomaly. We’re with ISIS in Syria. We’re on the same side of the war. So, those who want to get involved to stop ISIS in Iraq are allied with ISIS in Syria. That is real contradiction to this whole policy.” Therefore, Putin isn’t saying anything out of the ordinary against Turkey because so many others have stressed the same. Yet the comments by Putin come after a very hostile act by Turkey. On top of this, the sight of Islamist terrorists mocking Russian Federation pilots is sickening and will increase the pain to an even higher degree. This reality means that the Russian Federation must highlight the duplicity of Turkey, while staying heavily focused on targeting ISIS and various terrorist groups that are a mirror of the forces that sponsor and assist them. Modern Tokyo Times in a past article states “In the case of Turkey, unlike the estranged policies of Washington, it is clear that Ankara is only focused on defeating the government of Syria and in preventing the Kurds from emerging more powerful. This reality means that ISIS and international jihadists have a welcome friend in Ankara and this should shame NATO and the estranged Obama administration.” The actions by Turkey in downing the Su-24 Russian Federation fighter jet, just like this nation targeting the Kurds to a much higher degree than focusing on ISIS, merely confirms the suspicions aimed at this nation. http://www.france24.com/en/20151124-moscow-confirms-jet-shot-down-turkey-near-syrian-border-was-russian http://sputniknews.com/russia/20151124/1030643972/putin-abdula-jordan-russia-plane-crash-syria.html#ixzz3sQFyKKF5 http://moderntokyotimes.com Modern Tokyo Times – International News and Japan News