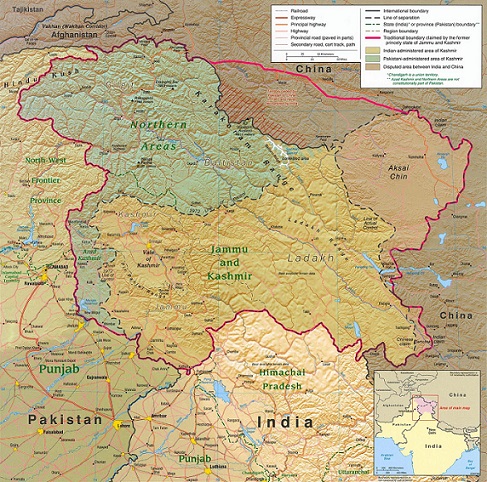 New York: November 27, 2015. (PCP) The International Educational Development, a NGO accredited with the United Nations have announced to hold Peace Conference on December 7, 2015. Those who are invited to speak include: Hon. Ramsey Clark, former Attorney General of the United States; Ms. Vitoria Schofield, British author, biographer and military historian; Khurram Parvez, Human rights activist from Kashmir; Barrister Suchitra Vijayan, writer, lawyer and a political theorist; Dr. Karen Parker, Internationally known humanitarian lawyer; Ambassador Yusuf Buch, former Advisor to the United Nations Secretary General; Dr. Zahid Bukhari, founding Director, Muslims in American Public Square (MAPS), Georgetown University, Professor Nasreen Sheikh, Azad Kashmir and others. The primary objective of the conference is to explore various possibilities to set a stage for the settlement of the Kashmir dispute. The speakers will focus not only on the well known opposing views of the governments of India and Pakistan but also on the rights and perceptions of the people of Kashmir. Despite a significant shift in global politics during the post-9/11, the Kashmir issue remains a major impediment to global peace and security, and its resolution must be a priority for the international community. It is an issue, which, if not resolved could have dangerous consequences on the lives of 1.3 billion people across South Asia. The organizers have taken up the challenge to seek the beginning of a dialogue -- a dialogue with free exchange of views and opinions, however, different but in an atmosphere that is devoid of the blame game, accusation and intimidation. And a dialogue that can lead all Kashmiris out of the nightmare they live into a peaceful existence. Peace without compromise is untenable, but compromise without dialogue is impossible. While as there are intermittently talks of peace moves between India and Pakistan, the Kashmiri people feel that not enough is being said or done to address the real crux of the matter i.e. the Kashmir dispute. They believe that trilateral dialogue between the Governments of India & Pakistan and the Kashmiri leadership holds the key to any meaningful progress on the Kashmir dispute and they are fully committed to facilitating any such endeavor.