Women's ordination is not authorized by the Bible.

We have taken the bishop Samuel Azariah to court to prevent apostasy. Timotheus Nasir. Women's ordination is not authorized by the Bible. Timotheus Nasir, the moderator-secretary of the United Presbyterian Church of Pakistan (UPCP), is o

[The UPCP] will keep the fight on till the bishop repents and the court gives him due punishment under the law." He claimed that "the radical feminist movement, homosexuality and lesbianism -- all approved by World Council of Churches -- are linked to this [women's ordination]." Nasir claims that a Lahore civil court has issued a contempt of court notice on Bishop Azariah for going ahead with the ordinations. But Bishop Azariah claims that he has not committed a contempt of court, noting that the ordination was completed before the court took action. He commented: "The court has no jurisdiction on the interpretation of the Scripture. The court is not the authority to tell the church who is to be ordained and who is not to be ordained. There is a clear mandate in the Bible for including women in the ministry of the church." The Church of Pakistan was formed in 1970, from a merger of the country's Anglican, Lutheran, Methodist, Presbyterian, and other Protestant groups. They are a partner church of the Presbyterian Church (U.S.A.). The have about 900,000 members. Pakistan is primarily a Muslim country, with about 12% Christian believers. The church has made history in Pakistan by opening their clergy to women. They ordained their first two women deacons on NOV-21. "The deaconate is the first step towards the priesthood, and deacons have an important role in church liturgy and ministry." Bishop Samuel Azariah, moderator of the church said: "We have gone ahead with what we believe is right. We have made our commitment to it...None of the mainline churches have opposed this though officially they may not agree with me 100 per cent on this." 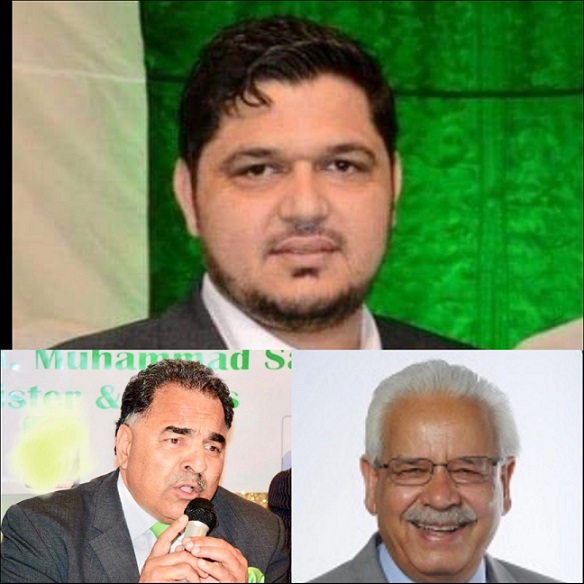