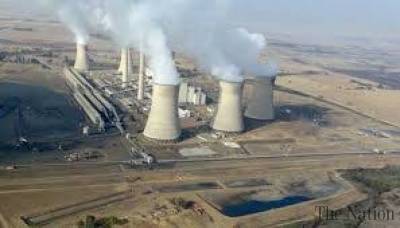 HYDERABAD: (By Abbas Kassar) Pakistan FisherFolk Forum has alleged that Engro Urea company which has been engaged by Sindh government to explore coalmines in Thar, southern part of Pakistan bordering India was in fact trying to devastate Thar and its around 17 million residents by depriving population of fresh water for drinking.

Shah said environment experts and civilized societies of world consider coal energy as dangerous for  human life, apart from it resistance movements were continuing in whole  world against this energy as also majority of countries were distancing themselves from coal energy while on the contrary our country was trying to use this energy despite fact that solar and wind energies are in available in Pakistan.

PFF leader said we shall have to think that by generating electricity from coal was disastrous as this can increase greenhouse gases and heat temperature causing environmental issues.

He said a big quantity of water is used in coat mining and coal power plants working under it while in return resultant run-off of water discharged from power plants would contaminate freshwater aquifer.

He said, Thar had scarce freshwater resources. He apprehended that coal mining and power plants would undermine the already limited water resource and cause water crisis in Thar.

He added that during forthcoming 30 years 400 billion gallons of water will be used for coal mining while 8500 billion gallons of water will be used for generating 10-gigawatt electricity.  Due to these projects Thar would be hit by water crisis which would destroy whole water cycle of Thar. He said main source of livelihood for people of Thar is rain water but due to use of water on coal mining and coal power plants natural beauty of Thar will be destroyed rendering people of Thar to be displaced from their ancestral lands.

PFF leaders said around 20 billion rupees have already been wasted on this project under which water of LBOD (left bank outfall drains) was to be released for this project but later it was found that LBOD water was poisonous so Rs.20 billion eroded or corrupted.

Now it was decided that 300 cusecs water will be taken from Farsh Mukhi canal if so, it will deprive local population of water for cultivation and drinking.

The project also includes construction of Nabi Ber dam on water of Hakro river which will render small land owners, farmers, fishermen deprived of their right of livelihood apart from causing acute shortage water for drinking and cultivation. He said during last 73 years of Pakistan no measure was taken by government to arrange water for drinking to 17 million thirsty people of Thar but alas billions are being spent on Thar coal project to destroy environment of Thar and its natural beauty.

PFF demanded to stop hoodwinking and befooling people of Thar and to ending their displacement from their homes and lands as also natural beauty of Thar should not be destroyed. It demanded to close down coal power plant and to save 70% population of Thar from being annihilated.