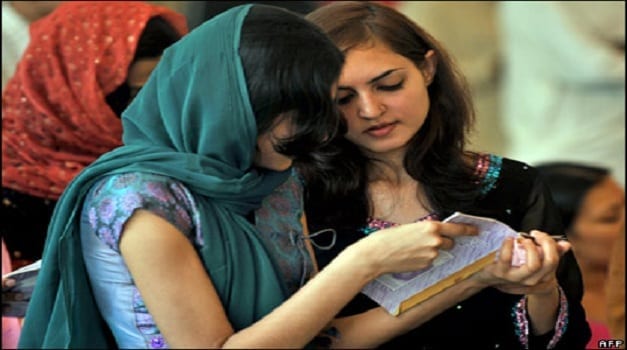 Barnabas Fund, an aid group working in the Islamic nation, said, “thanks to monthly food parcels from Barnabas, 400 Pakistani Christian widows and their children no longer have to go to bed hungry.”

Among the widows struggling to survive are Christians who lost loved ones in Islamic terror attacks. “Riffat’s husband was killed when a suicide bomber attacked a church in Youhanabad” in Pakistan’s second-largest city of Lahore “on a Sunday morning in March 2015,” recalled Barnabas Fund in a statement to BosNewsLife.

“Her sons Joshua (now 12) and Almitiya (now 8) still miss their dad. Especially when they see other children with their fathers,” the group explained. The widow was only identified with one name amid security concerns.

“Without her husband’s earnings, Riffat struggled even to feed the family. The local shop refused to give her food on credit, knowing her financial situation,” the group recalled. “But Riffat says the monthly food parcels she now gets from Barnabas make her feel like the widow whose oil and flour never ran out after she fed Elijah [as described in Bible verse ] 1 Kings 17:8-16.”

Many more vulnerable Christians remain hungry, including those who are forced to work in brick-kilns to pay generational debts, Worthy News learned. “My heart cries when I see my young children working alongside me,” said Samina, a Christian widow using one name who works in a brick-kiln, in published remarks.

“Her family suffered much sickness, and her husband died of a heart attack. A daughter also died. One of the sons has seizures, and Samina finds it increasingly difficult to handle him when this happens,” Barnabas Fund explained. “When she is ill, she has to keep making bricks or the family would be evicted from the room they live in at the brick-kiln.”

“The monthly food package is a big blessing for us,” added Samina. Barnabas Fund made clear, however, that many more families are facing starvation. It has launched an appeal among donors for more food parcels to “care for these widows, our sisters in Christ, who are in desperate need of help.”

Such packages “also enable the mothers to send their children to school, which gives them hope for the future. The cost is just $27 per family per month,” Barnabas Fund stressed. “The Bible tells us: “The worship that God wants is this: caring for orphans or widows who need help,” it said, referring to verse James 1:27. According to official estimates, Christians comprise less than 3.6 percent of Pakistan’s mainly Muslim population of roughly nearly 240 million people.

The nation has seen an increase in attacks against Christians. Many have been detained and even killed on controversial charges of blasphemy against Islam. Coronavirus pandemic lockdowns and other measures also added pressure on Pakistan’s Christian minority.