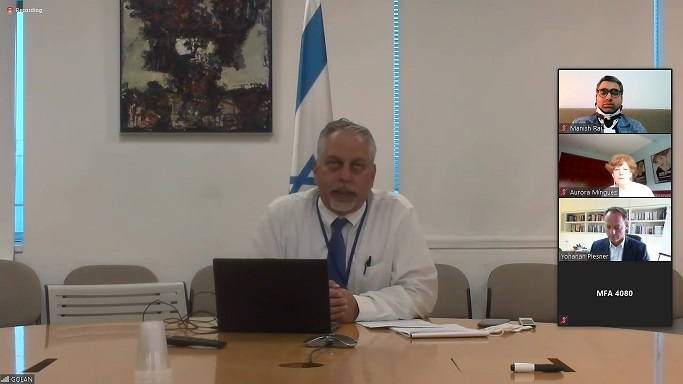 Jerusalem: (By Manish Rai) Israel's fourth election in a very short span of two years started on Wednesday when polls started to open at Israeli missions around the globe, ahead of the official Election Day on March 23. The first to vote were the diplomats in the New Zealand capital of Wellington. The last were to be the envoys at the Israeli consulates in Los Angeles and San Francisco. A total of 4,000 Israelis have the right to vote abroad, and this year for the first-time diplomats will also be voting at the newly opened missions in Abu Dhabi and Dubai in the UAE and Rabat in Morocco. It was only in the 1990s that Israel decided to allow officials serving abroad to vote in Knesset elections.

The elections in the embassies take place about two weeks before the polls open in Israel and the ballots cast abroad arrive in Israel by Election Day. The voting slips from abroad are counted together with the "double envelope" ballots cast by IDF soldiers, police officers, and people in the hospital, called so because of the two envelopes used to protect the secrecy of the vote.

In a virtual press conference organized by the Ministry of Foreign Affairs of Israel and attended by Manish Rai Editor, Viewsaround. Mr. Yohanan Plesner President of the Israel Democracy Institute discussed the causes of these frequent cycles of elections and how political stabilization can be attained. In addition to this Mr. Plesner also briefed about the current political situation in Israel.