Jihad Will Continue If US Troops Not Withdrawn by May 1: Taliban 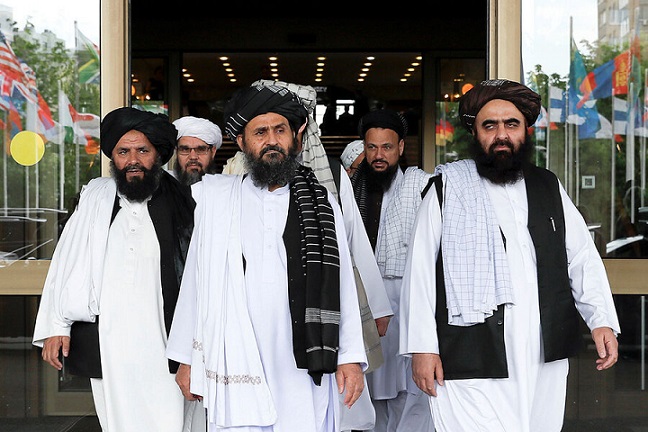 Doha: (By Manish Rai) As the US President recently made vague remarks about the implementation of the Doha agreement and withdrawal of all foreign troops, and moreover, some NATO member states are seeking to extend the occupation of Afghanistan, the Islamic Emirate would like to clarify its stance regarding the issue as following:

The Doha agreement is the most sensible and shortest path to ending the past twenty-year war between Afghanistan and America and establishing a peaceful Afghanistan.

If, God forbid, all foreign troops do not withdraw from Afghanistan on the specified date in line with the Doha agreement, undoubtedly it will be considered a violation of the accord by America for which it shall be held liable and which shall also harm its international standing.

In such a case, the Islamic Emirate – as a representative of the believing, valiant, and Mujahid Afghan nation – will be compelled to defend its religion and homeland and continue its Jihad and armed struggle against foreign forces to liberate its country.

All responsibility for the prolongation of war, death, and destruction will be on the shoulders of those who committed this violation.

The resolve and seriousness of the people of Afghanistan must not be tested any further, and reason and logic must prevail to end the war.

Afghanistan is the home of Afghans, the establishment of whatever type of government is the lawful right of its citizens, no other nation can impose upon them a government or system from abroad, nor do they reserve such a right.

Doha, Taliban said that if the United States won’t stick to its deadline of May 1 for withdrawal of all of its troops from Afghanistan. Then they will continue their Jihad and armed struggle. In a message sent to journalists Taliban spokesperson Mohammad Naeem mentioned that the Doha agreement is the most sensible and shortest path to end the war. And according to the agreement, all the US troops should leave Afghanistan by May 1, and if this is not done it should be considered as a violation of the accord.

He further added that all responsibility for the prolongation of war, death, and destruction will be on the shoulders of those who committed this violation. Under the February 2020 Doha agreement negotiated by Donald Trump’s administration, the US promised to withdraw all 2,500 US troops left in Afghanistan by May 1, 2021. In return, the Taliban pledged to renounce violence, prevent terrorist groups such as al-Qaeda from using Afghanistan as a base, and enter into intra-Afghan peace talks.

But US President in his first formal White House press conference said “It will be hard to meet May 1 deadline. In giving grounds for the delay, he pointed to the “tactical” difficulties and the need to consult with allies that also have forces in Afghanistan. It should be noted that there have been credible reports that the Taliban has also not fulfilled any of its commitments under the Doha Agreement. Like Afghan violence has also intensified since the accord, with civilians bearing the brunt of it. Also, Taliban failed to cut ties with al-Qaida.