Pakistan: Petition filed to make the death penalty the only punishment for blasphemy in the Pakistan Penal Code 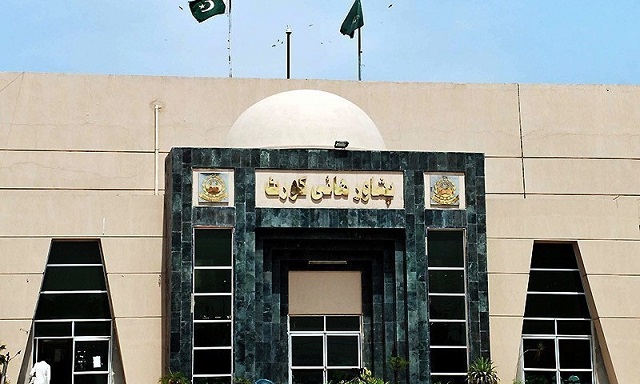 London: Pakistan’s attorney general and provincial advocate general have been issued notices by the Peshawar High Court regarding a petition calling for the removal of all punishments except the death penalty for blasphemy from the country’s penal code.

The notices were issued because the bench said the matters raised in the petition needed serious consideration.

The petitioner claimed the issue of an alternative punishment of life imprisonment had already been decided by the Federal Shariat Court, but it had not been implemented by federal and provincial governments.

According to him, the Federal Shariat Court said an alternative punishment of life imprisonment went against the injunctions of Islam.

The hearing will be fixed later.

According to the petitioner it is the responsibility of the respondents to bring all existing laws in conformity with the injunctions of Islam as laid down in the Holy Quran and Sunnah, under Article 227 of the Constitution.

Nasir Saeed, director of CLAAS said: “This is not the time to relive the issue of whether the only punishment for those who commit blasphemy should be the “death sentence” for, but this is the time to think about how to stop the misuse of the blasphemy law, as we see everyday how this law is being misused.

Since the blasphemy law was amended in 1986, we have seen the unimpeded misuse of this law by individuals and religious groups to achieve their goals and settle their personal grudges, especially against religious minorities.

A few years after this law was passed, we started seeing the negative impact of this amendment on society.

In 1992 the first 'blasphemy murder' took place of the Christian Punjabi poet and teacher Naimat Ahmar. Then after a few years, thousands of Muslims attacked the Christian village, Shanti Nagar, calling them blasphemers.

During the attack 785 houses and 4 churches were destroyed, while 2,500 Christians were also forced to flee their village. And the incidents continued after that with the attacks on Gojra and Korian, Sangla hill and Joseph colony, Lahore.

Dozens of  people have been extra judicially killed including the Governor of Punjab,  Salman Taseer, the only Christian minister Shahbaz Bhatti and  Shama and Shahzad who were burnt alive in the brick kiln factory. The killings also continue.

Several dozen innocent people are languishing in the country’s prisons and it takes them years and years to get justice and prove themselves innocent.

Imran Ghafur, Asia Bibi and Wajih-ul-Hassan are just a few examples, and nobody has any remorse, neither the lawmakers nor the courts.

The need to amend to the law was recognised even after a few years. Several governments have pledged to stop its misuse, and even recommended 10 years imprisonment for a false accusation, but until today nothing has changed. Instead voices against the misuse of the blasphemy law have been forced into silence.

And now the issue has been reignited with calls for the removal of the word “or” and to make the death penalty the only punishment for blasphemy, while the majority know that this law is being misused.

Mr Saeed further said that the government must take this matter seriously and take appropriate steps to stop the ongoing misuse of this law.