London: After a Rabbi was attacked on Sunday 16th May at around 13:15 it made international news. Police who investigated the attack have listed the crime as a hate crime but have said that the attack "is not based on attacks happening overseas or anywhere else in the country." You can read a fuller account of the attack. A 15 year old and 18 year old have been arrested and charged with racially motivated assault (GBH with intent) and are still in custody.

Redbridge Council's leaders Jas Athwal also sent out a message via his Twitter:

The crime seems to be one linked to antisemitism and that for me was a reason to be visibly united against intolerance. So I made a call to the synagogue over a week ago and a date was set for a meeting with leaders of the Chigwell and Hainault Synagogue for the sharing of flowers and a card of speedy recovery for Rabbi Goodwin.

My aim was to show solidarity and friendship to Rabbi Rafi Goodwin who is still recovering from the attack which left him hospitalised and with concussion and to reiterate the support to the whole of the local Jewish community. Small gestures of unity give hope after acts of intolerance and stitch together the loosened societal threads caused by hate.

Today (3rd June) I was pleasantly surprised by the presence of the wife of Rabbi Goodwin who kindly received the flowers for him and agreed to have her picture taken with me.

It was heartwarming to be able to share time with her during this horrible time and I was so pleased that she was able to confirm that the Rabbi is healing well and has suffered no long term damage, despite having been hit over the head several times with a concrete slab. The Rabbi's wife said one really beautiful thing to me, she said:

"Though two men brought such pain thousands have shared words and deeds of encouragement."

Perhaps there is still a lot more hope for our society than we all realise.

As a former student of Kantor King Solomon High School I learned a lot about the Jewish culture and faith. The Orthodox Jewish comprehensive school is open to people of all faiths and efforts are made by the school to dispel myths about all faiths and to promote peace.

I feel privileged to have been taught there and very appreciative of the input of Rabbi Waxman who taught me Jewish Studies. The influence of his lessons led to my taking Religious Studies as an A Level at my current Christian Sixth Form. I just wish more people would look at the positive ethics found in religion rather than using their religious texts or misunderstandings of faith as an opportunity to spread hate and division.

British Asian Christian Association, ask that you continue to pray for healing and justice in this situation.

BACA is a charity that has a history of working towards Interfaith Harmony projects across the UK. 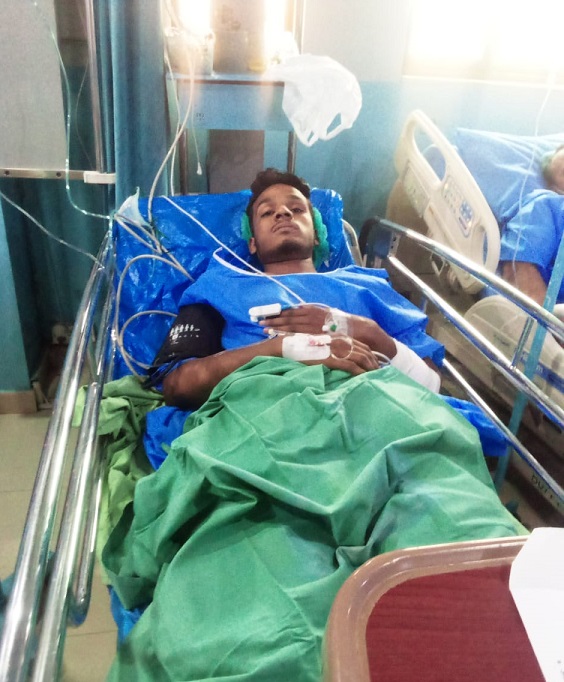 London: Nabeel Masih a Christian Teenager of only 16 years old when convicted of blasphemy had been released from prison on bail on 18th March, aft