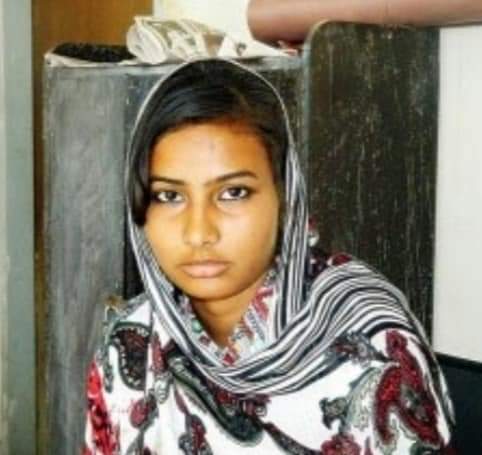 Girl's father named Francis said that she was kidnapped on 3rd August 2021 and after that her parents tried their best to find her on their own but they couldn't.

They contacted police but police didn't help them either, they kept telling her parents to find her themselves. Police purposely delayed to help the kidnapper so he can easily convert the girl to Islam and then marry her.

On 11th August, 2021 police finally filed a report but at the same time they told girl's parents that their 14 years old girl has been converted to Islam and that she is now married to her kidnapper Muhammad Zulqarnain. Police also gave marriage and conversion to Islam certificates along with other legal documents to her parents.

The Islamic cleric who converted the girl increased her age from 14 to 17 years just to prove that she is an adult and of legal age to marry. The cleric wrote that age in girl's marriage and conversion to Islam certificate. And courts also accepted her age as 17 years old. But even after changing her age to 17, she is still not an adult.

Now the kidnapper, police and religious cleric are pressurising the girl's family to withdraw their case and compromise and accept the fact that their daughter has finally become a wife of her kidnapper. You can see how minor Christian girls are being kidnapped, forcefully converted to Islam and are forced to marry their kidnappers. That kind of incidents are happening on daily basis in Pakistan. Please pray for the girl and her family who are seeking for help.