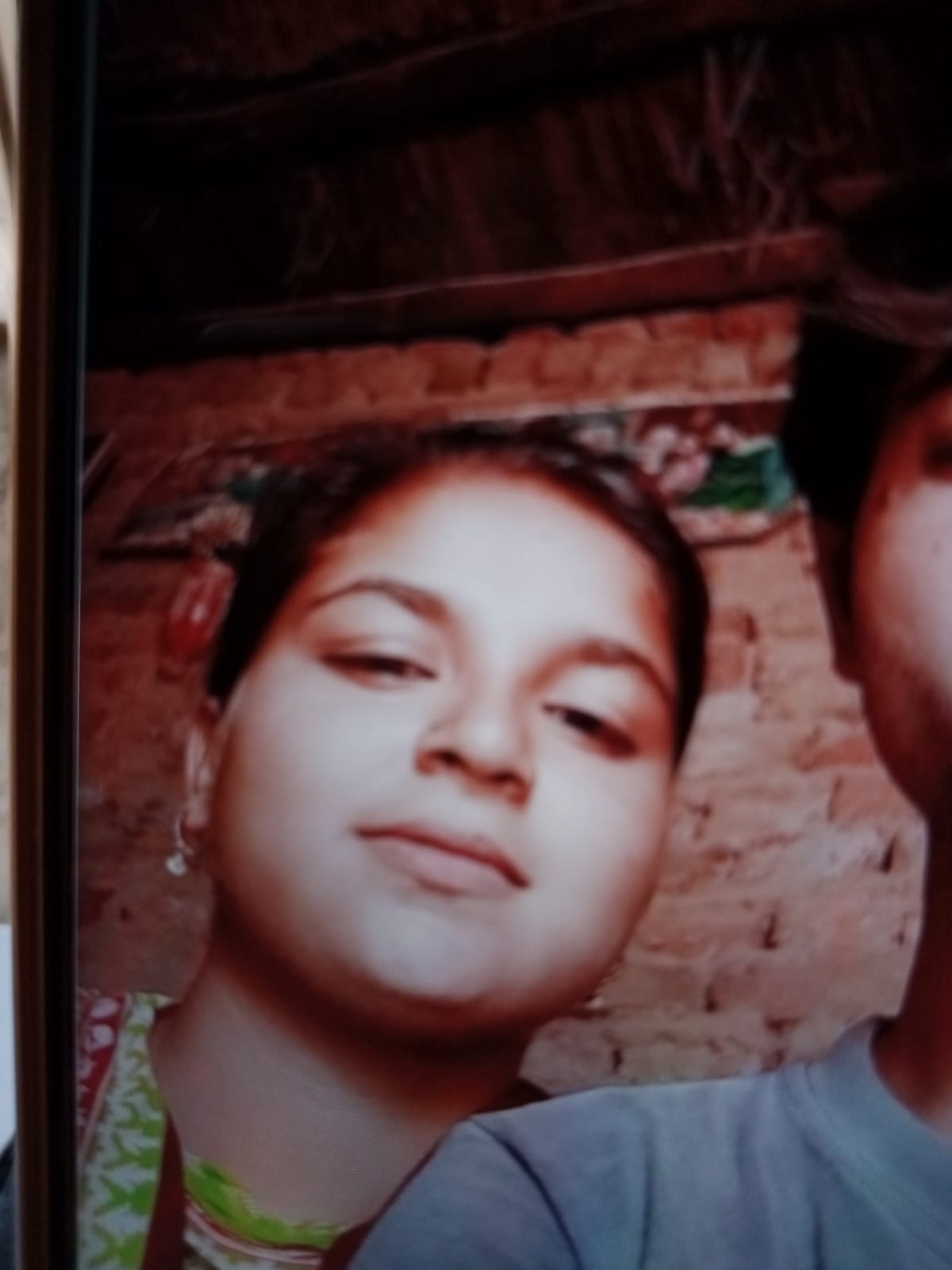 London: A 16 year old Christian girl was forcibly abducted from her own home by three gunmen resulting in serious injuries to her grandmother who was thrown against a door when she tried to stop the abductors enacting the crime.

The whole incident was seen by a village of witnesses who ran out of their homes to see what was causing loud shrill screaming by the younger sister of Muqadas.

Though initially police at Peer Mahal Police Station took no interest in the abduction and advised the parents of Muqadas to go home, telling them they expected the matter to resolved within a few days, they later registered the crime after British Asian Christian Association officers got involved 3 days later.

In the meanwhile, the family received Islamic marriage registration papers at their home confirming married status between Muqadas and her abductor, Mr Muhammad Azeem Malik. This should not have been possible because she is a minor and not legally able to be married without parental consent, under recently reformed state laws.

Even though the whole village was witness to an abduction, Police had been resolute on investigating Muqadas's case as an elopement. It was only after our field officers demanded an FIR for the family knowing full well how police process works that an investigation of sorts began.

Even then, police visited the family home of the abductor Mohammed Azim Malik and failed to locate him or the missing child and instead of placing Mr Malik on a wanted list, allowed time for Mr Malik to beat Muqadas into submission.

On 23rd August the BACA funded solicitor assigned to this case informed our Operations Manager and the family that Muqadas had presented herself at Peer Mahal Tehsil (Town) Court and filed an application confessing to willingly entering into marriage with Mr Malik. This shattered the hearts of her parents who fully understood how she will have been treated up until the point of such a confession which we are presuming to be false under duress. It is believed that the abductor Mr Malik knew about the police investigation into Muqadas's kidnap and orchestrated this legal process to deflect police interest away from him and gain more time to bring Muqadas under his control.

The mother, sister and grandmother of Muqadas hoping to see her for the first time in 19 days at Peer Mahal Town Court.

On 27th August, Muqadas Nadeem was required to present herself before the magistrate at the court to record her statement under section 164 of Criminal Court Procedure. However Mr Malik and Muqadas had not arrived at the court and provided no indication of why they were absent. It is believed by our solicitor that this is quite usual in theses cases as it will mean that Muqadas is still not submitting to their demands, So there is a real hope that brave Muqadas could still be set free from the clutches of Mr Malik.

Our BACA team along with Advocate Tanveer Randhawa and the parents of Muqadas Nadeem reached the court expecting to see Muqadas for the first time in 12 days at the court hearing presided over by Civil Judge Kashif Rasheed Khan Bangish.

To their distress, they discovered that the judge was on summer holidays and would resume his duties on 2nd September. This had meant that the statement of Muqadas could not have been furnished anyway.

At the court the father of Muqadas, Nadeem Masih (41 yrs) and our Operations Manager were searching for Muqadas and Mr Malik. While traversing the forecourt area Mr Masih recognised the brother of Mr Malik, Mohammed Abdul Raheem who also lives in the same village. Mr Raheem was acting suspicious hiding behind some tress and our Operations Manager immediately called local police officers using a direct telephone number provided to them. A rapid response unit was sent and arrived within 10 minutes and they arrested Mr Raheem who is currently detained in a prison cell and is being interrogated for the location of Muqadas and Mr Malik.

The investigation officer Muhammad Nazim has informed the family and our Operations Manager that Mr Raheem has now been named in the First Information Report (FIR), as he fits the description of one of the abductors as per witness testimonies.

Our solicitor believes this is a very good result, as the family of Mr Malik will now be placing pressure on him to give Muqadas to the Police and to identify himself in order to have Mr Raheem set free.

"I am thankful to God for being with me through this difficult time.

"He has given me the strength to go on though there were so many obstacles in my way.

"I thank BACA for all their help God brought them to me in my hour of need."

Local Christian women have been trying to communicate with the current Muslim wife of Mr Malik, hoping that she would help in locating the vulnerable teenager Muqadas. However, Mrs Masih’s has been alarmed with the response, she explained to British Asian Christian Association, and said:

“I have heard from women in the village that Azeem’s wife is not ashamed of her husband’s cruel act.

"She has turned our Christian women away abruptly and has said she is proud of Mr Malik as he has converted a 'dirty Christian girl'.

"It breaks my heart to hear how little the Muslim community think of us Christians, we have done them no harm."

The case is still in process and by no means have we been successful in gaining any freedom or just decision in Pakistan. Even now if Peer Mahal Police find Mr Malik and Muqadas we cannot be certain they will separate Muqadas from her abductor. Our solicitor and Operations Manager remain in communication with the authorities and will do all they can to free her from Mr Malik's clutches. Only then will she be able to tell the truth of the crime she has undergone and we believe she will. Muqadas is said to be a very strong-willed and faithful child and the non-attendance at court suggests she is proving to be defiant. Even then, we call for prayer for this fragile teenager who must be undergoing extreme torture and attempts by Mr Malik to bring her under his control by duress.

"This child's dilemma is faced by hundreds of Christian girls every year.

"It is heart-breaking that police have been investigating for more than two weeks and do not yet have an inkling of where Muqadas and Mr Malik are.

"The arrest of Mr Malik is significant but in no way a conclusion, Muqadas must be found quickly before she is beaten into submission.

"Every day she is not found is a chance for her to be lost forever to her abductor.

"We pray to Jesus for His protection of Muqadas and for the arrest of Mr Malik and return of our sister."

British Asian Christian Association, is paying all legal costs for the family of Muqadas as they attempt to retrieve their daughter from a rapist. We are also covering the costs of travel to and from the court for the family. This is an expensive process and we could not help them or the many other families we help without your support.