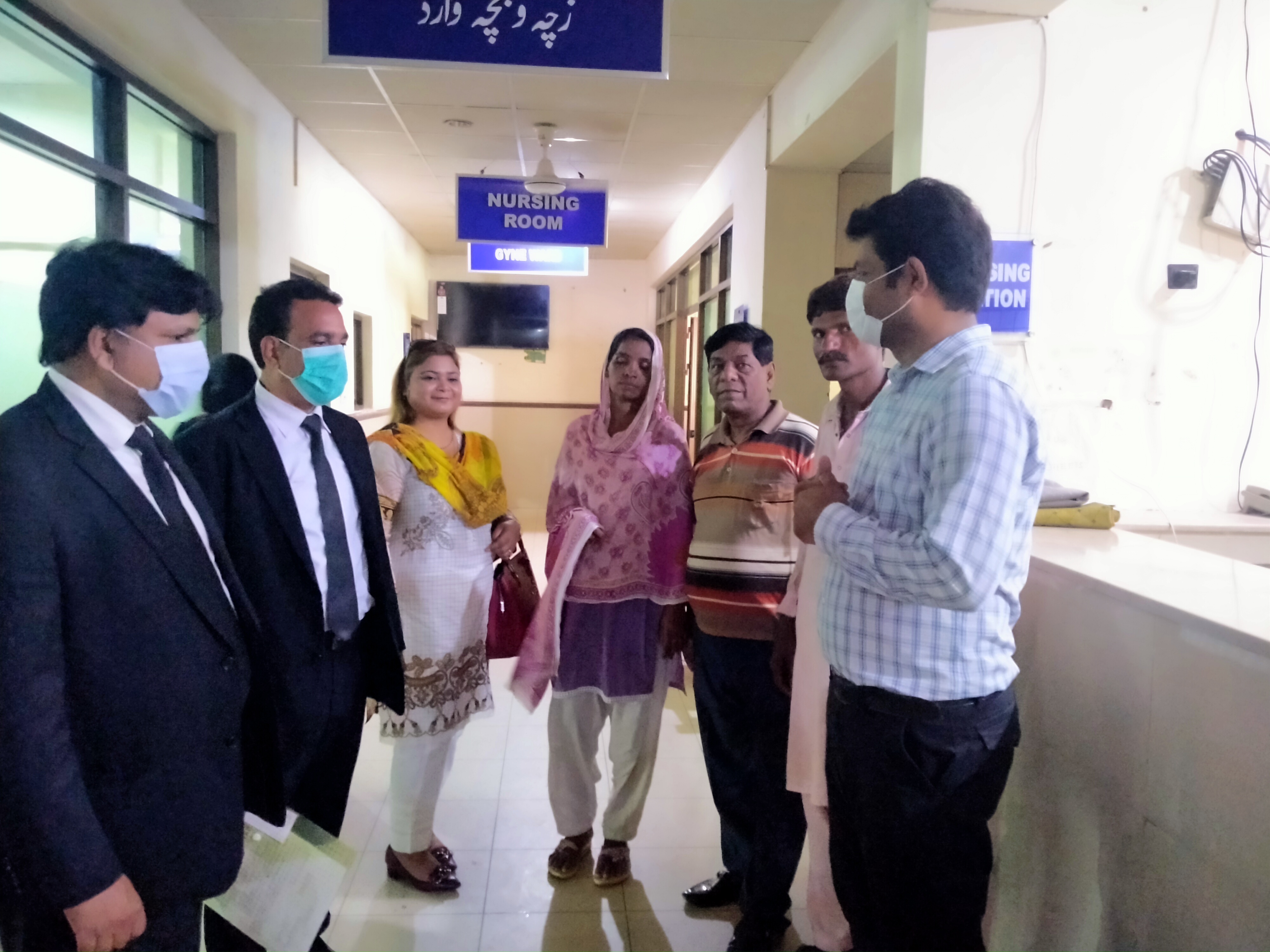 Sahiwal: On the date of September 2 in the year 2021, an incident was reported of an eight year old Christian female child, Liza Younas, the daughter of Younas Masih, who was brutally raped and beaten in the head with a stone until she fell unconscious by an adult Muslim man who lives in their neighborhood. The rapist’s name is reported as Muhammad Bota.

According to the police, Younas Masih, a Christian resident of Sahiwal, filed a report stating that his 8 year old daughter went to shop and was lured away by an adult man, whom the child recognized as Muhammad Bota. Younas Masih reported that his daughter said that Muhammad Bota took her to a room in the house and brutally sexually assaulted her then fled away. Apparently the child regained somewhat of consciousness during the vicious attack prior to previously being knocked out with a stone by the assailant, although unknowingly to Muhammad Bota because he fled in an attempt to hide his wicked crimes assuming the child had died. Muhammad Bota’s clear intentions were to leave the tortured child as dead so he could hide his heinous crimes that he had committed against her.

Younas Masih, the child’s father, went on to say that his daughter’s clothes were soaked with blood. Younas told the police that his daughter, Liza, said that Muhammad Bota had beaten her with a stone and raped her.

Younas Masih took his 8 years old daughter to DHQ Hospital in Sahiwal where she was admitted to the Intensive Care Unit (ICU). The child was treated for horrific and traumatic injuries which Muhammad Bota had wickedly inflicted upon her. After Liza Younas was examined by the doctors their reports confirmed the 8 year old child was brutally sexually assaulted and viciously beaten.

When reading Liza Younas’ medical report, it reveals this 8 year old female child was tortured. Not only did Muhammad Bota viciously rape the child but he also beat her in the head with a stone. The strength of an adult man with a stone in his fist beating down on the head of a little girl whom he also raped. This beaten, raped and mangled child, Liza, had seen his face and knew who her attacker was. Muhammad Bota’s actions is proof he intended to murder the child to stop her from identifying him for the horrible crimes he committed against her. We are calling on the police to add an attempted murder case, along with the child rape case, to the list of crimes Muhammad Bota has committed against Liza Younas, and that he be prosecuted to the fullest extent of the law and legal system.

Ghala Mandi Police has registered a case against Muhammad Bota under Section 376 (punishment for rape) of Pakistan Penal Code. The police have raided several places searching for the fugitive Muhammad Bota to arrest him for the barbaric crimes he committed against the 8 years old female child. SHO said Muhammad Bota was arrested by police from another city.

Sexually based crimes are considered especially heinous and even more so when an abhorrent act of sexual violence has been committed against a child. Liza Younas has been traumatized, the child is devastated. Liza is under the care of a psychologist and other medical doctors in hope to help her to heal from the trauma she has suffered at the hand of this evil cruel man, Muhammad Bota. The healing process could possibly take several years and yet still leave permanent scars both physically and emotionally in the life of this dear innocent child.

Ashiknaz Khokhar, human rights activist and executive member of the Voice For Justice International, strongly condemns the violent and brutal attack made against this 8 year old child, Liza Younas. Ashiknaz Khokhar has been at the side of the Younas family supporting and comforting them since learning of this horrific act that was committed against their beloved little girl. Minister for Human Rights, Ijaz Augustine, also visited the child Liza Younas and her family at the hospital to give them support during this difficult and painful time.

Ashiknaz Khokhar said these types of cases are rising higher and higher every day. According to the data of NGO Sahil (Sahil.org), eight children are sexually abused every day in Pakistan. As many as 2960 major crimes against children were reported in the provinces of Islamabad Capital Territory, Azad Jammu and Kashmir, Gilgit-Baltistan in the year 2020. These horrendous crimes include thousands of nefarious acts of child rape, sodomy, pedophilia and child pornography. In several cases the child victims are murdered by the evil perpetrator after the children have also suffered these terrible acts of sexual violence.

This data shows the known reported cases of child sexual abuse. There are strong suggestions that there are thousands more child rape and abuse cases that go unreported due to the victims and their families living in fear because of being threatened with more violence by the criminals or people associated with the abuser, especially when the life of the victim is considered less valuable by the society they live in because of their gender or religious beliefs.

The Younas family is a poor, under privileged, Christian family who rent their home. Younas Masih and his wife have five children with Liza Younas being the oldest child. Although Younas Masih works as a laborer and his wife works as a maid in the village houses when work is available, they are still very poor. They barely have enough money to buy food and some days have none, and also can not afford to send their children to school. These points do not make the Younas family and their dear 8 year old daughter Liza any less important than other people who have more money than they do or have different religious beliefs. The Younas family deserve to be treated with equal rights as all humans do. The Younas family and their daughter Liza deserve to have justice for the wicked and brutal rape that was committed against this child by the evil man she has identified as Muhammad Bota.

TO LIZA YOUNAS: To have suffered such a devastating ordeal and the kind of violence that was committed against you, could have destroyed even an adult victim. But dear child, Liza Younas, to have survived such unimaginable evil that was done to you as a child reveals you have great courage within your heart. Many people around the world are praying for your speedy healing and recovery dear child. God be with you always.