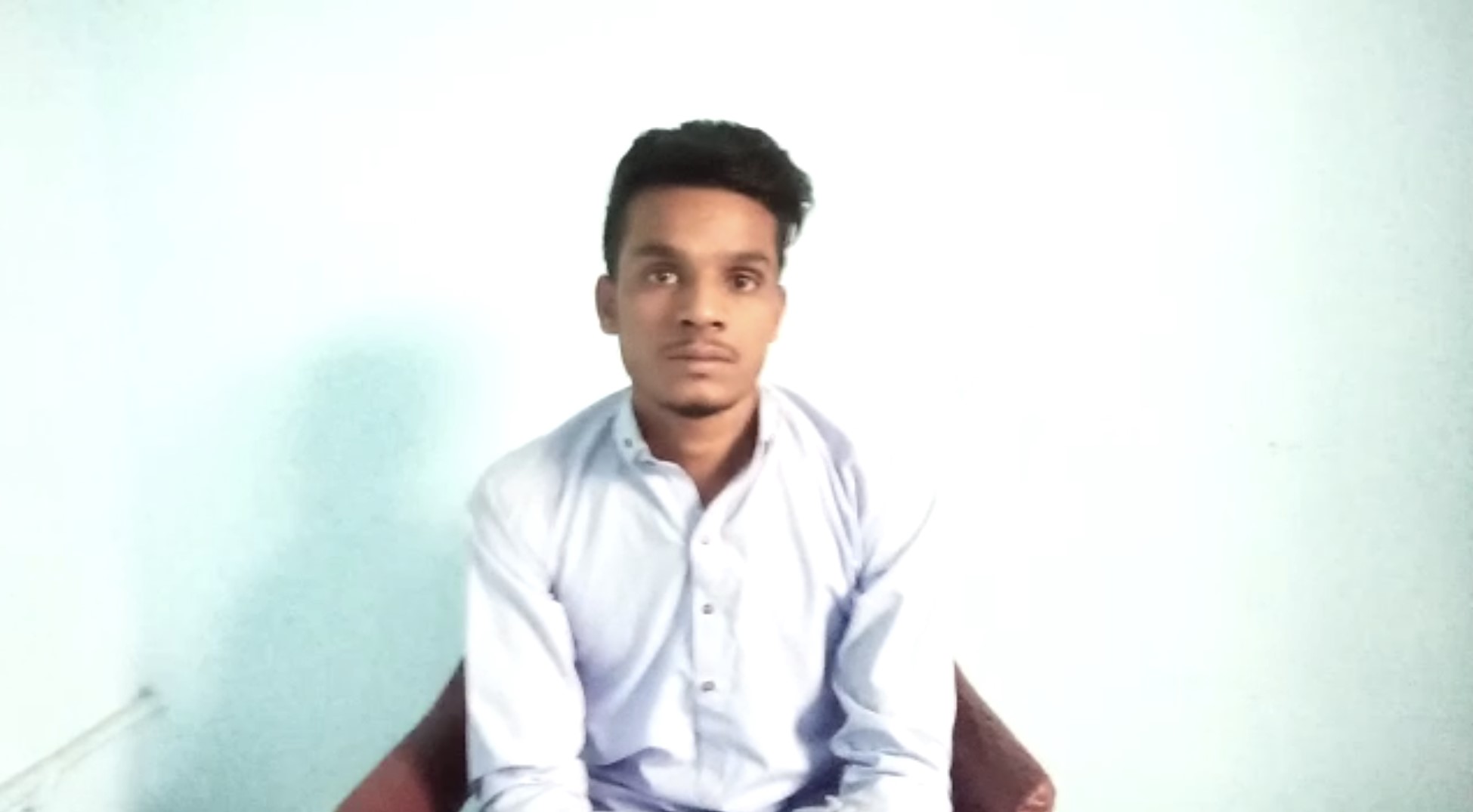 London: We have regularly informed you about the case of Nabeel Masih who was only 16 years old, when he was accused of blasphemy after someone shared an image of the Kabba (Muslim holy shrine in Mecca) with a pigs head on it, on his Facebook page.

Nabeel Masih was entirely innocent but in the furore that arose after Muslim friends accused him of shaming Islam resulted in him almost being lynched, his father being beaten up and almost killed by Police officers during a brutal interrogation, leading to Nabeel giving himself up to save his father.

After two years of mistakes by other charities involved in helping Nabeel, he came to for help via the British Asian Christian Association and like always we got him out of prison on bail. You can read more (here)and (here).

Watch a video of Naseeb Anjum the BACA appointed solicitor for Nabeel Masih who describes the mob seeking to harm Nabeel at court and his strong belief that Nabeel will be set free soon.

We bring you up to date with the legal progress towards his acquittal since our last blog post.

On 17th July 2021, the complainant Akhtar Ali attended a hearing with his counsel Ghulam Mustafa Chaudhry. The complainant had gathered a large mob with him who entered the court and heckled, jeered and threatened Nabeel Masih, who is being forced to attend each hearing by the court. Before the hearing began the complainant counsel held aloft a large copy of the blasphemous picture allegedly shared on Nabeel Masih's Facebook. It created great animosity towards Nabeel Masih and an atmosphere of hatred was very palpable.

A large mob had also gathered outside and one man from outside asked to see the blasphemer and a man from Mr Ali's mob pointed at Nabeel and boldly shouted:

“This is the boy who has committed blasphemy against our prophet”

“It’s a habit with these Christians in Pakistan that they disrespect our prophet.

The man who had entered from outside shouted Islamic curses against Nabeel and ran out and spoke of the image and pointed out Nabeel Masih to anyone who was close enough to see. The melee inside and outside the court became so loud and forceful, that BACA through our solicitor Naseeb Anjum, sought permission from the judge to remove Nabeel Masih to a safe place. Judge Fareeda Ijaz granted permission for Nabeel to withdraw outside of the court to a safe place with our Operations Manager and Field Officer. This was the first time during this lengthy court procedure that a session had been conducted without a very frightened Nabeel Masih being present. As you can imagine the terrified 20 year old gained great solace from being removed from the febrile atmosphere.

The prosecution council, were not prepared for the court session.

Our solicitor Naseeb Anjum, spoke confidently in court empowered by the lack of any evidence of a crime. He posited a case for acquittal of Nabeel, saying:

“ Many legal formalities were not fulfilled when this case was filed therefore the case can not proceed any further.

"Nabeel has already spent more than four precious years of his life in prison though he has never been convicted."

During the hearing Naseen Anjum shared some judicial precedents to solidify his point.

He further argued that the Inspector General of Punjab Police had made a request to the Punjab Home Department seeking a sanction for prosecution under Section 196 of the Code for Criminal Procedures 1898 (CrPC). He stated that the Home Department Secretary declined the request on 20th June 2017.

Mr Anjum explained that the Home Department denied the request on the grounds that Nabeel Masih was a minor at the time of the alleged offense and one of the witnesses namely, Waqar from whose mobile the malicious picture of the Khana Kaba was allegedly detected within the Facbook ID of Nabeel Masih, never recorded his statement.

BACA can confirm that without an official recording of his statement under section 161 of the CrPC, it simply is not valid.

Furthermore, Mr Anjum explained that during the investigation, it was revealed by Police that the SIM card allegedly belonging to Nabeel is not even issued in his name. Mr Anjum, explained further , saying:

"There was every probability that his ID might have been used by the petitioner for a number of extraneous reasons?

BACA is aware that to challenge the decision of the Home Department, the complainant Akhtar Ali filed a writ petition No. 60306/2017 in Lahore High court challenging their decision. But this also was dismissed by Judge Asjad Javiad Ghural for the High Court, Lahore. The court report has been located by our Operations Manager and in the documents Mr Ghural, states:

“ … the Government after thorough probe and inquiry arrived at the conclusion that sufficient incriminating material is not available to show intention of the respondent (Nabeel Masih) to outrage religious feelings...”

In previous hearings, the complainants counsel excused himself from arguments on the grounds that he was awaiting a decision from that petition.

In later hearings, the counsel for the complainant Akhtar Ali again stated he was not prepared to posit his arguments due to awaiting orders from the Federal Investigation Authority who he was expecting to direct the station house officer of Phool Nagar Police Station, to include section 10A of the Prevention of Electronic Crimes Act 2016 into a prosecution report.

However, though on 24th December 2020, Mr Akhtar Ali wrote a letter to the Director of the Federal Investigation Agency (FIA), seeking inclusion of cyber crime charges, these had ultimately been denied.

To redress this disappointment, the complainant on 8th February 2021 filed a writ petition No. 4492/20 against FIA in Session Court Lahore seeking orders to direct FIA to investigate the case for the inclusion of the sections of Cyber Crime Act 2016 in the FIR.

At that hearing, Judge Hamid Hussain of the Additional District and Sessions Court Lahore ordered the Director of the FIA to investigate the case again and to add any potential new offences, according to the law.

The complainant counsel's only response to Naseeb Anjum's argument was to demand that the trial should not proceed until inclusion of any cyber crime offences were included into the official crime report.

However Judge Fareeda Ijaz ordered that the solicitors must now establish their respective arguments at the next hearing which had been fixed to be on 3rd of August 2021. The lack of response from the FIA indicated that there were no further cyber crime charges to be added to this case.

Unfortunately for Nabeel Masih, the hearing on 3rd of August could not proceed as Pakistan was undergoing another of their infamously frequent lawyers strikes.

A date was set for September 4th but was missed due to Judge Fareeda Ijaz being on holiday which was only discovered when Nabeel Masih had already risked his life attending Lahore District Court while a large mob were baying for his blood. Another date has been set for a court hearing.

Our BACA team and Nabeel have been forced to wear bullet/slash proof vests and have been terrified throughout the whole of this court process. We have been working with local police and other agencies to improve travel routes and practices to make attendance at court as safe as possible, but without a doubt Nabeel faces a real threat to his life in Pakistan. We have pushed really hard to get freedom for this innocent man and believe we are on the cusp of gaining it, but at what cost?

We have no offer of asylum in any external country for Nabeel Masih and although he is soon to be set free from all this criminal procedure, we are concerned that he will soon become a target for death by the many extremists, that would gain a great victory in killing this vulnerable young Christian man.

We challenge our supporters to contact your local MP's, Congressmen, Senators, Lords and Ladies and ask them to intervene on the behalf of Nabeel. He will never have the freedom to live a normal life in Pakistan and it is imperative that an offer of asylum manifests soon or our efforts will have been for nothing.

Fighting for the freedom of Nabeel Masih and other blasphemy victims is an expensive operation. We are required to pay for legal fees, safe houses, relocations, safe travel to court and much more. As a group we have bene very successful but we cannot do it without your help. If you feel moved by this story and want to help with a donation please (click here). If you would prefer to offer other help please email us at admin@britishpakistanichristians.org.