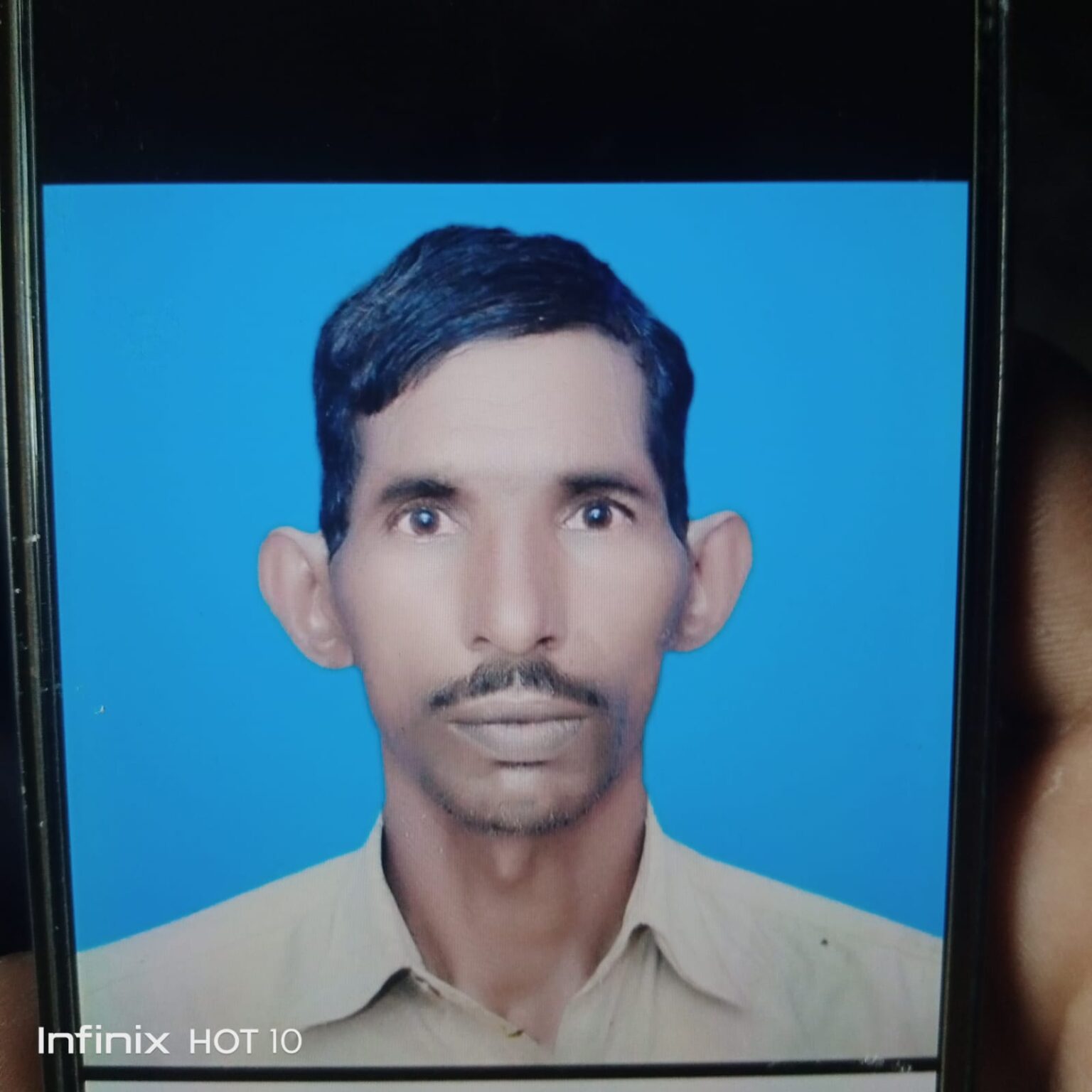 The men used farm sickles and scythes to inflict large gaping wounds to the head and body of the murder victim.  They then then threw bricks at his head smashing his skull – probably to make sure he was dead.

A hose was then placed around the neck of the corpse which was dragged through the farm onto the streets nearby the home of the murder victim.

His family were later awoken at 3.30am by the terrified employer of the deceased Christian who had found his dead body between the farm and the victim’s home.

A police investigation later uncovered that the two Muslim men, both of whom owned neighbouring farms, were involved in the murder.  As of now neither murderer has revealed the motive for the killing.

Younis Masih (50 years) worked as a labourer at a cattle farm for his Muslim  employer Javed Lamberdar.  In exchange for daily cattle feed a place to stay and daily meals for himself, Mr Masih agreed to tend to the cattle of Mr Lamberdar.  Mr Masih was very much in a feudal serf agreement and was required to protect and care for cattle.  He lived in a barn with the animals and would most times actually be accompanied by Mr Lamberdar who was known to treat him kindly.

Sometime during the evening of 17th June Mr Masih was murdered by two men Muhammad Pervaiz Kamran and Muhammad Abubakar Zaman who smashed bricks on his head and sliced his face with vicious blows from scythes.  After the two men had killed Mr Masih they tied a water hose around his neck and used that to drag his carcass onto a public road between his family home and the farm that he works on.   The two men involved in the murder are known to own neighbouring farms.

Our Operations Manager has visited the farm of Javed Lamberdar and talked to him directly about the tragic incident.

Javed Lamberdar told our officer that he and Younis Masih stay in the barn adjacent to his home overnight to protect animals from theft overnight.  On 17th June however, Mr Lamberdar  stayed in the family home until 10.30 because there were guests attending he then went to the barn to stay overnight.  When he found that Mr Masih was not present he assumed that Mr Masih was going to his family for the night, which he sometimes did. So he just went to sleep.

At around 2.30am Mr Lamberdar left his home to find a place to urinate because he does not have a plumbed toilet in his home. When he walked out he saw the dead body of his employee Mr Masih and immediately ran back to tell his wife in their family home.  He asked her to lock her door and rushed to see the family of Mr Masih who lived around 10 metres from his home.

At 3.00am the sleeping family of Mr Masih were woken up by loud knocking on their door. Gulfam (28 yrs) one of Mr Masih’s sons, opened the door and was surprised to see Mr Masih’s employer at his door instead of his father.

Family of Younis Masih praying with a BACA Officer

Mr Lamberdar explained to Gulfam that somebody had murdered his father. Gulfam rushed back to waken his brothers  Abdul Rehman (35 yrs) and Irfan  (25 yrs) – they quickly rushed out to see if their dad was alive.

Younis Masih dead, lying in the street some twenty feet away from their door and as they broke down and cried, Gulfam also called the police by using the emergency services number 15.  Though a dead body involved in a murder crime was on the streets, Bambanwala Police Station officers did not arrive at the scene of the crime till 7am.  A delay believed to be induced by the fact that a ritually impure Christian was killed.  It should be noted that the police station itself is only 30-40 minutes away from the place the body of Mr Masih was found.

Police officers undertook a forensic investigation and then took the dead body of Mr Masih to Daska Civil Hospital for post-mortem examination.  They also asked the family of Mr Masih to visit their police station to register a First Incident Report (FIR).

Mr Lamberdar recognised the hosepipe around the neck of Mr Masih as belonging to Mr Nawaz. Police then arrested Mr Nawaz for questioning and took him to their police station.

The police interrogated Mr Nawaz who initially denied any involvement in the murder of Younas Masih. However, he later accused Muhammad Kamran Pervaiz for murdering Younis Masih. The police then arrested Kamran Pervaiz from his farm house and on further interrogation by Police officers, both the culprits confessed their crime.

The police registered an FIR No.316/22 against the culprits under the sections of 302 and 34 of PPC.

The police are yet to uncover a motive for the murder of Mr Masih.

Gulfam, spoke with our Operations Manager, he said:

“We contact the police everyday to learn of any development in their investigation, but police are not cooperating.

“Muhammad Abubakar Nawaz threatened me in the presence of the station house officer and they did nothing to stop him.

“He boldly told me that though he has  confessed to murdering my father,  there is nothing I can do to get justice.

“Though I am scared I will do all I can to seek justice.”

“I could not recognize the dead body of my father.

“His face was severely deformed due to the violence”

“The behaviour of the police is creating more agony.

“They have not explained why our father was murdered so brutally.

“We have no property or anything of value that could lead to such violence.

“We are poor people who labour to earn for our families.

“We demand to know why this despicable fate has befallen our father.”

After the post-mortem, the dead body of Younis Masih was returned the same day for burial.  Mr  Younis Masih (RIP) buried in the village Christian graveyard.

“It’s hard to know what motive resulted in the death of brother Younis Masih.

“He may have witnessed a crime, may have been a mistaken identity or this could be a killing because he was a Christian.

“What we do know is a Christian family now have lost a patriarch and are desperate to get justice.

“Asa  group we will offer as much support as we can.”

The family have asked for legal support so they can challenge for justice.  We are currently running several appeals for legal aid in murder cases and will help the family once we can raise enough to support them along with the other victims already under our protection.  It costs around £1500 to challenge for justice after a murder in Pakistan.