Stephen Masih (42 yrs), was accused of making “derogatory remarks” against the Islamic prophet Muhammad despite repeated requests to stop.  This follows several cases where Christians with learning difficulties have been beaten, arrested, sentenced and imprisoned in Pakistan.

Mr. Masih, who then lived with his older sister and mother, caught typhoid at the age of 10, leaving him brain damaged and needing constant medication to control his fits, vocal outbursts and behavioural challenges, which the family are unable to afford.

Two local Muslim men Muhammad Rafiq and Muhammad Imran reported the incident, which took place on 11th March 2019, to local Islamic cleric, Muhammad Mudassar. Mr. Mudassar is a Hafiz (cleric renowned for memorising the entire Koran), lodged a complaint with the local Badiana police who arrested Stephen Masih for a crime of blasphemy that carries a mandatory death sentence.

The unmarried Mr. Masih is said to have got into a loud quarrel with his mother and sister. A female Muslim neighbour witness said, “Stephen started arguing with her as he was out of his senses.”

Whilst the quarrel escalated, male Muslim neighbours pulled Stephen out of his house and brutally beat him in revenge for arguments Stephen had had with them that resulted in insults to a female relative. During their beating of Stephen they accused ‘the mad man’ of blaspheming and engaged with a growing crowd fomenting more violence towards Stephen. As more people joined in, police were eventually called to the incident and arrested Mr. Masih on the testimony of the Islamic cleric – without proper investigation. Not one of the men who attacked and abused Stephen were arrested.

Police dismissed the remonstrations and account of Mr. Masih’s sister, Alia (46 yrs), who explained that her brother had shouted and verbally abused some female neighbours the night before causing the friction with local Muslim neighbours associated with the women.  Alia categorically denied her brother Stephen had insulting Muhammad but police refused to listen because an ‘honourable’ cleric had made the accusation.

Stephen Masih’s legal team, Mr. Joseph Francis and Advocate Tahir Bashir of CLAAS, have asked the trial to be put forward due to the death threats he is receiving whilst in prison.

“This allegation on Stephen is completely false the important thing is that the complainant Mr. Mudassir has not listed any  derogatory comments in the First Information Report (FIR), this weakens the case as simply saying a man has said blasphemous remarks is deemed spurious.

“If genuine hurt had been caused by remarks than you would expect a witness to remember what was said.

“It is common for Muslims with a grudge to settle their scores by involving Christian people in false accusations of blasphemy – this seems to be the case with Stephen.”

“Stephen is one of many innocent victims caught up in the cruel blasphemy laws of Pakistan.

“Persecution towards the family of those accused is inevitable as blasphemy stirs up strong emotions in Muslims who are increasingly taught a less tolerant form of Islam.

“Though Stephen said no blasphemy, a charge has been laid against home and his frightened family have had to flee their home moving them further away from their isolated already mentally ill brother.

“I have been providing biblically based counselling and have been personally strengthened by Stephen’s family’s belief that God will find a solution to their problem.

“I pray that the Pasrur Session Court weigh up the evidence and release Stephen so that this family can restart their lives in the safety of a new location.”

“Pakistan contines to maintain the draconian blasphemy laws in the country despite the evidenced misuse of them by zealots and citizens seeking to settle personal scores.

“If Prime Minister Imran Khan is serious about his manifesto pledge to make a ‘New Pakistan’ then abrogation of these laws must be made a priority.

“There are said to be hundreds of blasphemy convicts incarcerated in Pakistani prisons across the nation – they are kept in isolation, face bullying and threats and have even been killed in jail (click here) for their falsely alleged crimes.

“Moreover many more of those accused have been killed before even getting to a prison cell such as the couple and family falsely accused of blasphemy in Gojra (click here) , an event that stimulated the formation of BPCA.

“When Rimsha Masih (14 yrs) was accused of blasphemy in 2014 worldwide castigation of her conviction erupted when it was discovered she had a severe mental condition (click here). It seems Pakistani Authorities learnt nothing from her case.

“We pray for the early dismissal of this latest false blasphemy case against Stephen Masih.”

All together there are 14 members of Mr. Masih’s family living in a two-room house with almost no basic facilities- a small affordable home they fled to, after facing threats from their former local community. Alia, who has three children, is currently looking after her disabled mum and has a husband who is working as a cleaner in a convent school in Sialkot.

Meanwhile, Mr. Masih’s older brother, Francis (44 yrs), gave up his job as a chauffeur, which was helping to put his four children through school, to help looking after his mother and sister, forcing the family to live hand to mouth. The stigma of the case has rendered him unemployable and the whole family have since been forced into hiding. Francis is seeking work but the new surroundings and the need to attend various court dates and prison visits has made it difficult for him to secure employment thus far.

BPCA were taken to the home of the victims by our friends from CLAAS and have agreed to cover the rent for the family at £130 per month.  We have paid the first month but need a sponsor to cover the rent for the next 12 months which is the anticipated schedule for the trial.   Moreover we are seeking donations to support this beleaguered family with clothes, food and other needs and estimate that including regular monthly trips to the family for counselling we require a further £120 per month.  We are also seeking a further £100 for a full medical check-up for the mother of Stephen who has been bedridden for 4 years and is developing septic sores. 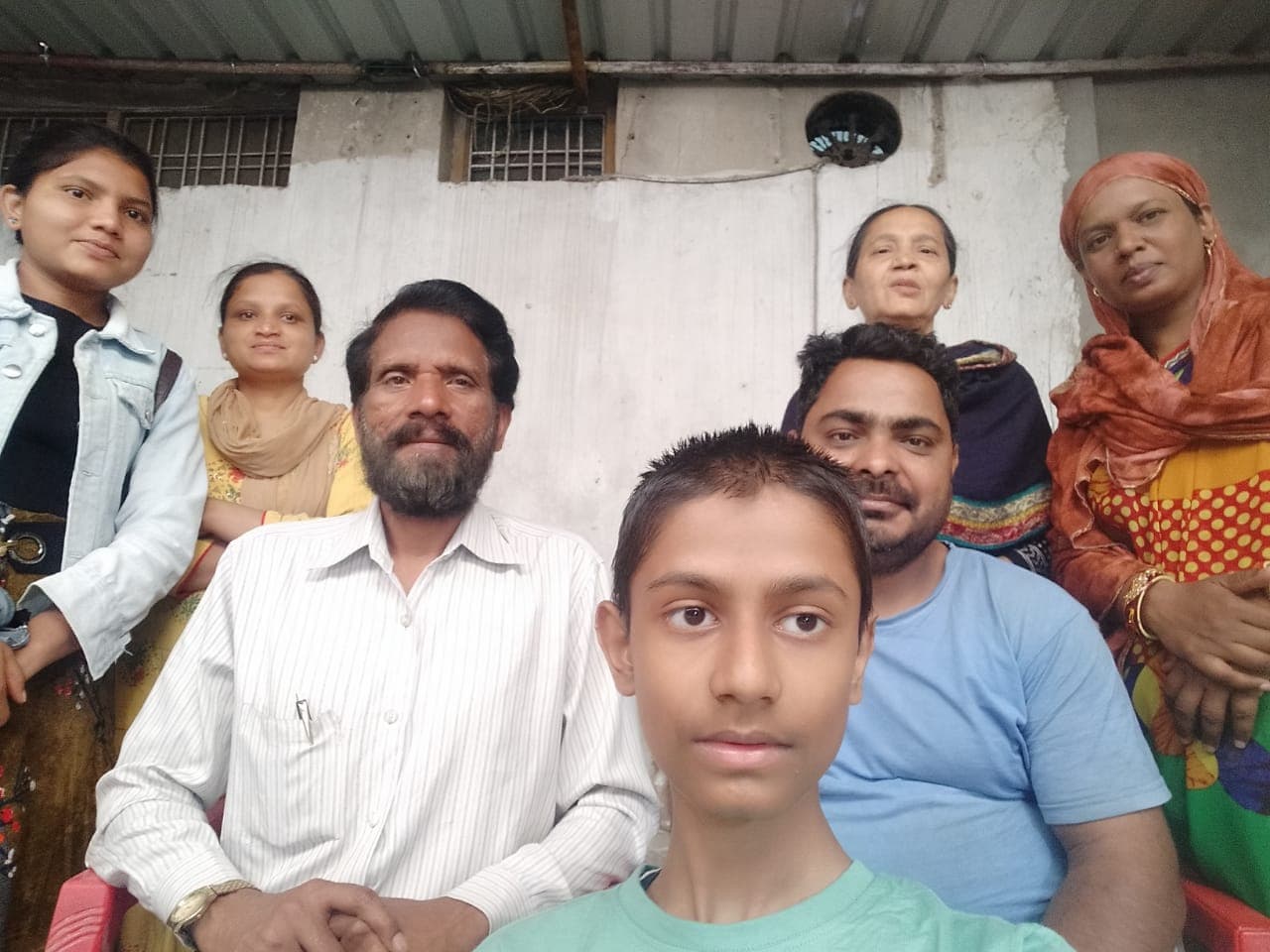 London: (By Hannah Chowdhry) After a Christian House Church was heckled and then attacked by members of a Hindu Nationalist Youth Movement on 3rd M