Pakistan: Christian woman in hiding after being threatened with death if she doesn’t convert to Islam 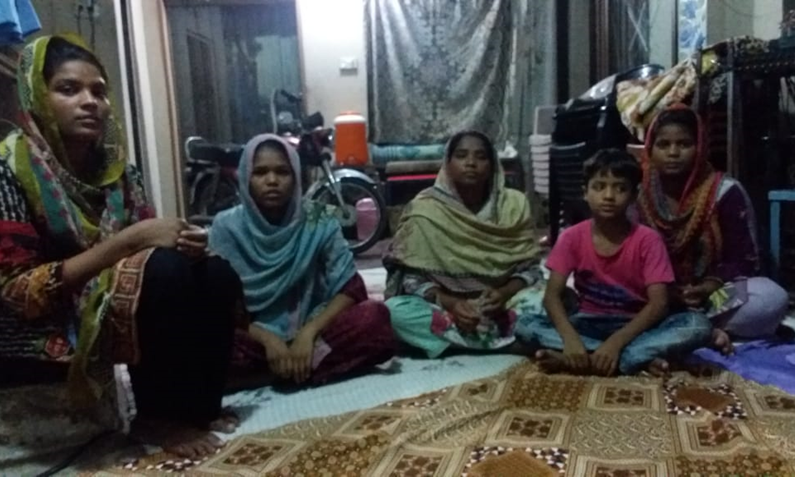 London: A Christian woman and her five children have been forced into hiding after she was threatened with death unless she agreed to convert to Islam.

Naseem Bibi is refusing to abandon her Christian faith even though it means she has had to flee her home with her children - four daughters aged 12, 14, 20 and 22, and one 8-year-old son.

She says an Islamic group has forced around a hundred people in her area - both Christians and non-Christians - to convert to Islam.

As part of a campaign to woo converts, she says her husband and his friend were both offered a house each and told that the group would cover the wedding expenses of their daughters.

Despite claims by the group that the conversions have happened voluntarily, Naseem says people like her have been put under pressure.

Tragically, she is being threatened by her own husband and his friend who are ready to accept the bribe for conversion, and says that they are now among those looking for her.

“We wanted to give an education to our children but due to our financial position, we could not send them to school,” she told the Centre for Legal Aid, Assistance and Settlement (CLAAS-UK), which is helping her.

“My eldest daughter is 22 and we don’t have money for her wedding but I cannot accept this offer of converting to Islam with my children and then marrying my daughters to a Muslim man.”

She fears that she and her children will be killed if her hiding place is uncovered and she again refuses to convert to Islam.

A local church has stepped in to provide Naseem and her children with temporary shelter but the pastor said that a few days ago, some people were asking about her.

“I am scared and trying to move to another safe place with my children,” she said.

“They are too powerful, and we have no resources to fight with them. We need urgent legal and financial support.”

She added, “I was born a Christian and will remain a Christian until my last breath and I’ll make every effort to make my children stronger Christians and make sure that they marry to Christian partners and not become Muslims.”

Nasir Saeed, Director of CLAAS-UK, said that while her case is a “tragedy”, sadly many Christians in Pakistan are being threatened like this.

“The national media isn’t paying any attention and is failing in its responsibility to highlight the ongoing suffering of non-Muslims,” he said.

“The reality is that the forced conversion of Christian and Hindu girls is happening in Pakistan and is one of the most serious concerns now for religious minorities in the country.

“Yet the government has failed to pass any legislation to stop it. At all levels - law enforcement, the courts, the government - young Christian and Hindu girls and their families are being failed by those in the position to help them.

“Religious minorities do not feel safe in their own country. Justice is not being done. Legislation must be drawn up to put a stop to the illegal and immoral forced conversion of young religious minority girls instead of targeting Christian organisations bravely speaking up about this issue.

“If the Pakistani government won’t do anything to stop it, then the international community must do more to put pressure on Pakistan’s leaders to protect human rights.”