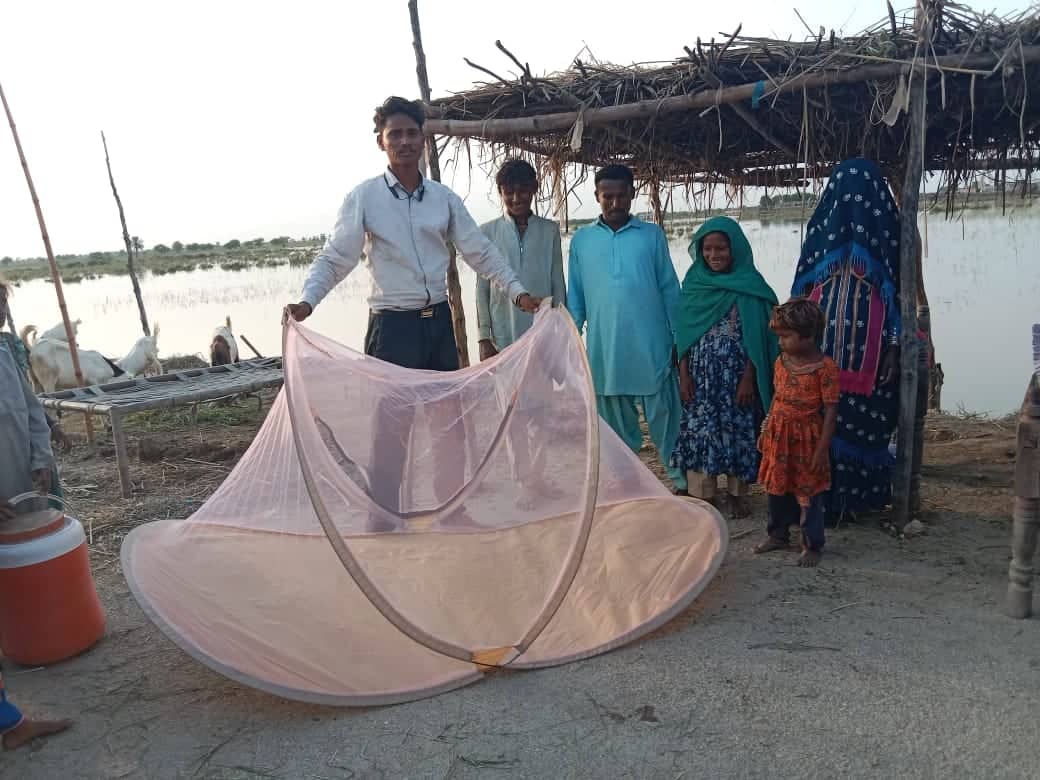 Pakistan has suffered it’s worst floods in known history.  The floods are a result of record torrential rainfall, melting glaciers in the nations northern mountains and to some degree form the uncoordinated release of water from dams in India.  Read more (here).

The UN children’s agency UNICEF have warned in particular about the impact of these floods on children, they said:

When a sudden onset emergency such as an earthquake or hurricane strikes, it’s children who suffer first and suffer most.

As well as the immediate, devastating impacts – loss of life, destruction of homes and communities – the chaos of an emergency can threaten access to food, shelter and social support.

Children and mothers are often cut off from basic and essential care, including life-saving medicines and supplies.

The risk of malnutrition soars.

The destruction of schools means children can lose safety and routine.

Without access to education, they risk losing their futures.”  Read more (here)

The disaster has illustrated the stark disparity between countries that are the largest contributors towards climate change and countries that bear the brunt of its impact.

Less than 1% of global greenhouse gas emissions is produced by Pakistan, however the geography of Pakistan makes it one of the most vulnerable nations.

British Asian Christian Association has been providing flood relief in Pakistan since August.

After a call for help from local Evangelist Raimel who resides in the village of Poppat Colony, Sindh, British Asian Christian Association (BACA) sent supplies to help thwart and to sustain a near starving community.

People living here have not been able to return to the homes and are expected to have to wait for a month at least till the water subsides, as they are located in a valley.

Adults and children were shown how to use their new mosquito nets.

On 14th September we were able to furnish these villagers with Mosquito nets and today (15th September) food parcels were also distributed.

Families here have asked for tents as their makeshift homes are not protecting them from the rain which is still falling occasionally in Pakistan.  The rainfall should end by the end of September. Tents can be stored by affected communities and utilised during future floods.

Evangelist Raimel, thanked BACA for their help, he said:

“We have never received help in any previous flood and did not expect support this time.

“We are a small Christian community that have been ignored by the Government, rescue services and NGO’s every year.

“A local Pastor told us about BACA, we managed to ask him to connect us and they have saved us from starvation and given us much needed mosquito nets.

“We thank God for BACA and for their supporters.”

The floods have created many associated problems for communities that have been forced onto the roads of nearby towns, that are on higher ground, have good drainage and have sone flood protection.  The main issue is the danger from moving vehicles.  We reported two days ago on the accident that Sonia a 7 year old Christian suffered in which her knee was badly damaged (click here).  Her father has borrowed 20,000 Pak rupees (£80) to pay for an initial cast and some treatment, but all in all with travel to hospital and further treatment required they are required to pay 80,000 Pak-rupees (£320) to get the right medical treatment for Sonia.  We have been asked to raise the total cost for this treatment so they can settle their loan early and get Sonia good and well again.  If you would like to help please donate.

The floods have been difficult but for Sonia and her family coping with a vehicle collision has made things worse.

Our work Helping flood victims in Pakistan continues to grow and we are now serving 9 different communities across the countries.  From a town called Nowshera at Khyber Paktunkwa (KPK) in the North, to Eastern Punjab, to the Sindh in the South.  We begin work on a second water pump tomorrow that will provide water to over 50 families in Tanda Adam in the Sindh.  As water dissipates we hope to undertake more clean water projects.  You can donate.

In response to UNICEF’s concern about the loss of schools in Pakistan, BACA will also be helping a community in flood-ravaged Kasur build the first school for enslaved brick-kiln children. The school will operate as a church on Sundays, and school from Monday to Friday.  It is hoped through education enslaved children will be able to free their families from indentured labour. The school will also contain public toilets and a well that will prevent Christian girls from kidnap, rape and forced Islamic marriage a known social malaise.  In 2014 Muslim NGO ‘Movement of Solidarity and Peace’ estimated 700 Christians girls suffer abduction and unwanted Islamic marriage.