Christian youth threatened with gun, drugged, raped, videoed and then blackmailed into further sexual acts for fear of internet shaming 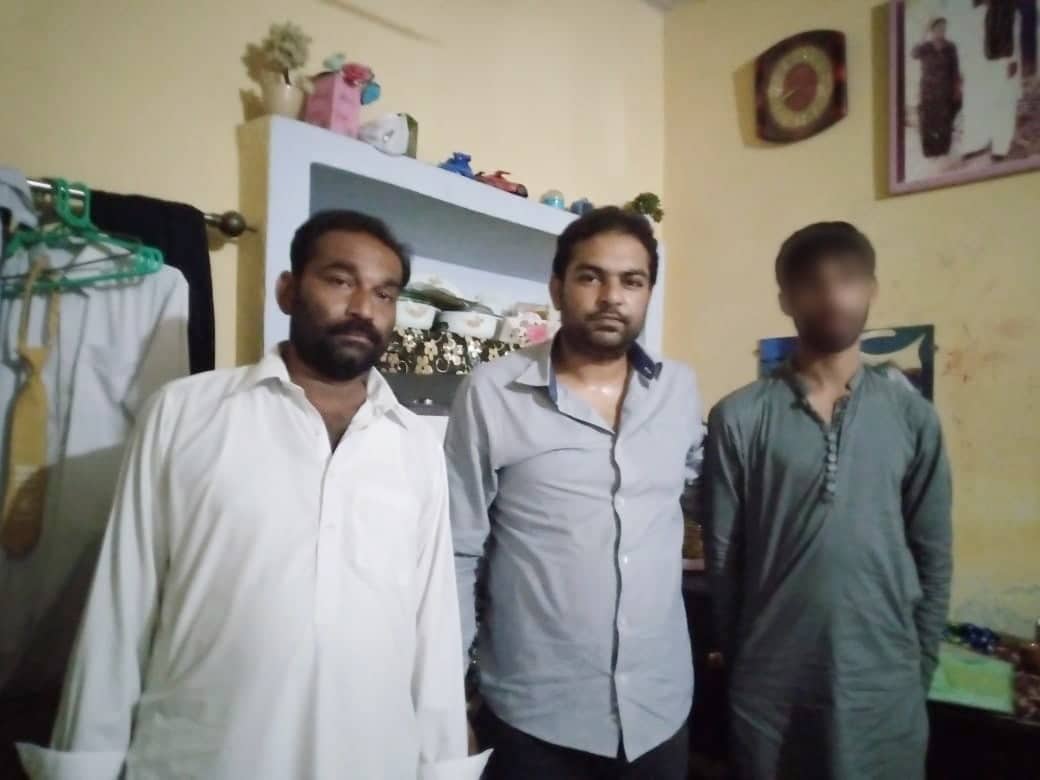 London: (By Hannah Chowdhry and Juliet Chowdhry)  A Christian college student from Pakpattan, Pakistan was filmed being forcefully raped, and was then blackmailed into undergoing further rapes by 8 Muslim sexual predators in the area.

Despite evidence to the contrary local police have declared 7 of the rapists innocent in an investigation report.

The family of the victim are the only Christian family in the area  and are receiving daily threats from influential people demanding they drop the case.

ahid Masih(17 yrs) is a second year student at Superior College, Pakpattan.  His college is in the city centre, which is several miles from his home in the village of Malka Hans, requiring him to travel by motorbike.

On 14th June 2022 at 11:30am when Zahid was riding home from his college tow gunmen forced him to stop. Muhammad Asad and his cohort Muhammad Romaan then directed Zahid to the basement of Ashraf  Medical Store where they worked as salesmen.  The two men then injected Zahid with  and raped him while he was unconscious and filmed the debauchery.

When Zahid regained consciousness they showed him the video and threatened to kill him and his family, if he disclosed details of the attack to anyone.

“They took me down to the basement of the drug store at gun point.

“They then drugged me and raped me filming the whole violation.

The sexual perverts shared the videos of their attack with their other friends and started calling Zahid frequently, creating anxiety for him.  he was worried that he would be arrested for a homosexual attack even though he had been raped.  He was also concerned that he would be disowned by friends and family.  Zahid fell into a deep depression and became very anxious.

The men would call him to different places and would rape and film him every time.  The sexual attacks were brutal and abusive he felt victimized and lost. Zahid was tortured, during the sexual attacks and has many bruises and scars and is exhibiting post-traumatic stress disorder.

Image of Muhammed Asad accused of sodomising Christian teenager Zahid Masih.  Before him are  bottles of alcohol – illegal for Muslims in Pakistan.

For one and a half months Mr Masih suffered the humiliation of being sodomized over 20 times.  He  became reclusive and stopped attending college. He told his parents that he did not want to study anymore and his family became very concerned that he was not sleeping. His father, Shahid Masih, explained the family concerns about his behaviour at the time, he said:

“I was concerned about his  insomnia.

“Zahid was a good and determined student, he was hoping to become an engineer.

“He transformed so rapidly, we knew there was something wrong but he would not tell us.”

Out of shame Zahid did not disclose what was happening to hm to his family. Not knowing what was going on the family giving him sleeping pills taken from Zahid’s aunt who is mentally disabled. However the medicine had no effect on Zahid and his physical and mental health deteriorated. The whole family was deeply concerned about him as he became increasingly aloof.

During this time, Muhammad Abdul Rehman demanded money in return for  not sharing the rape-videos on the internet. Zahid had succumb to their demand and paid them 40,000 Pak-Rupees (£90) – money which his father had given to him to pay his college fee. He also gave them two mobile phones.

I did not want my videos on the internet.

“I was not willing to face such humiliation.

“This was a very difficult time for me and I could not turn to anyone – I felt isolated and alone.”

On 24th July, Zahid was in a bazar with his mother, Nadia Bibi (32 yrs) to buy a birthday cake for his younger sister Neha (15 yrs). Nadia Bibi stopped for some shopping while he walked on ahead. Suddenly Asad and some cohorts came out of a clinic and tried to drag him inside.  Somehow he managed to escape and ran back to his mother who was standing at a shop buying something. She was shocked to see him so afraid and in a panic unable to tell her what had happened. She immediately took Zahid home and called her husband home from work.

When his father arrived home and interrogated Zahid, he burst into tears s and cried as he revealed all the sordid details to his father. On hearing about the sexual assaults that Muhammad Asad, Muhammad Abdul Rehman and their friends had committed on his son, Shahid Masih wept and hugged his son. He told Shahid how much he loved him, and made it very clear that he would protect Zahid from these men.  He told Zahid that they need to inform the police to ensure these wicked men were brought to justice.

Mr Rehman frightened that the actions of he and his friends, had been discovered, judging by the reaction of Zahid’s mother at the Bazar.  arrived at the house of Shahid Masih and warned his younger brother Shafiq Masih (36 yrs), to not approach police or be ready to face dire consequences.

The next morning, Mr Asad called Zahid from an unknown number and threatened to kill him and his family. Shahid Masih took his son to the house of Abdul Rehman and spoke with his father about the sexual assault, threatening visits and threatening calls that Mr Asad and his friends had committed. But Mr Rehman’s father refused to accept that his son could be involved in such a heinous crime and he abused Shahid Masih, for accusing his son.

However when the father called Mr Rehman to confirm, he was told that it was not Mr Rehman who sexually assaulted and abused Zahid but some boys from a neighboring village called Wah.

“I will fight for justice for you. I know they are powerful and rich but I have my God”

The next day, Shahid travelled to Wah and met with Tunda Jutt, the boy who was accused by Mr Rehman. Mr Jutt informed Shahid  that it was not him who had raped his son but it’s was a gang led by Muhammad Asad and Abdul Rehman who raped and filmed Zahid. Tunda Jutt who repairs electronic equipment, showed Shahid the films he had saved during the repair of Mr Rehman’s phone.

Shahid Masih explained how he felt when he saw these videos, he said:

“I watched the videos and my heart dropped to the floor.

“I was shocked and silent and Mr Jutt comforted me.

“Mr Jutt shared many videos of girls and boys being raped by [Mr Asad and Mr Rehman] – I was totally horrified.

“To think my son is one of these victims, is a heavy burden to bear.

“Even now when I think of what my son has gone through I sometimes breakdown and cry.”

That  same evening Shahid travelled to the police station to file an FIR against the rapists. He shared the video evidence of the pernicious crimes committed by Mr Asad and Mr Rehman.  However, local police were still hesitant to take any action. Assistant Sub Inspector (ASI) Roheel Anwar, said:

“We need to check the authenticity of these videos initially.

Shahid felt very deflated by this, he explained to our operations Manager:

“Police treated me so indifferently, it broke me to my core.

“I was struggling to protect but police were ignoring my complaint at every stage, even with clear evidence.”

Shahid visited the office of District Police Officer (DPO) Naseeb Ullah Khan, after viewing the video, his reaction was very different.  He displayed grave concern for Zahid and other victims and immediately called the Station House Officer (SHO) Ashiq Mahar, demanding that he organise the arrest of the culprits immediately.

On 9th September an FIR No.415/22 was registered under section 376 Pakistan Penal Code (PPC) against all the men named by Zahid and four unknown men.

(1)        Whoever commits rape shall be punished with death or imprisonment of either description for a term which shall not be less than ten years or more, than twenty-five years and shall also be liable to fine.

(2)        When rape is committed by two or more persons in furtherance of common intention of all, each of such persons shall be punished with death or imprisonment for life.”.

Shahid has expressed his concern that police are protecting the culprits because they are influential and powerful. It is not uncommon for police officers in Pakistan to be bribed, and they are infamous for accepting bribes and thwarting justice.  Muhammad Asad has been sent on judicial remand and a hearing has been fixed at Pakpattan Tehsil (town) Court for 3rd October, before Judge Ishaq Ashar.

Shahid  is a sweeper working for the local government. He has appointed a solicitor and paid a deposit of 160,000 Pak-Rs (£650) half of the legal fee required.  He has borrowed this money from his relatives and friends and he has to pay the other half soon.  British Asian Christian Association, would like to cover the entire legal fee but must raise £1300 to do so.  If you would like to help, please donate (here).

“He is not the first victim of blackmail and sex offences of this kind, and it is alarming how frequent such acts become with the onset of social media.

“His parents have been strong through a profoundly distressing time and will have to go through more pain still.

“Zahid is exhibiting PTSD and finds it hard to explain and describe what happened to him, he will have blocked out much of the disturbing acts committed on him.

“This family deserves our prayers and support and I am glad that they have been able gain solace through their faith in God.

“BACA will do all we can to support this family through the tumultuous times they still have to face.” 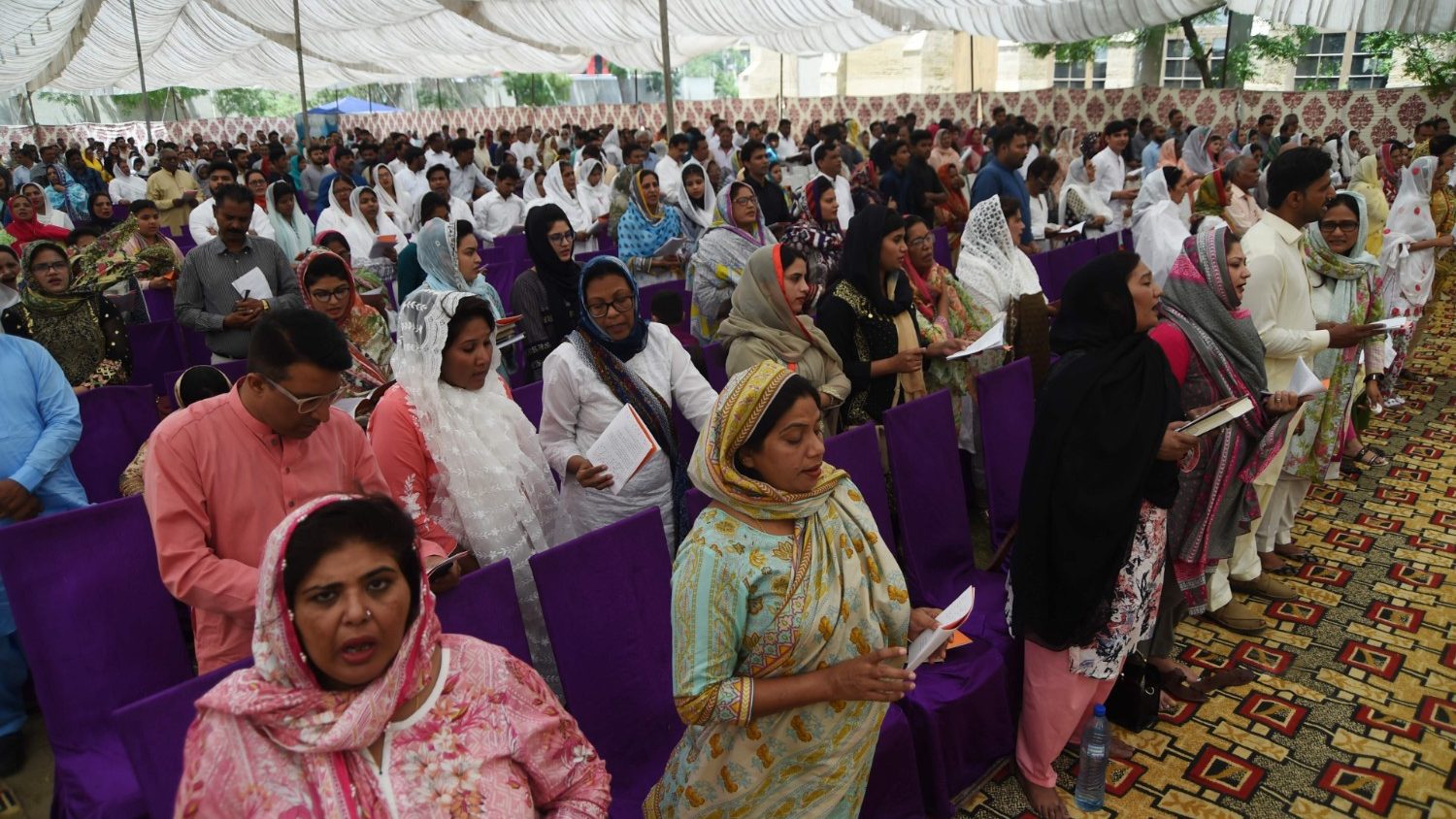 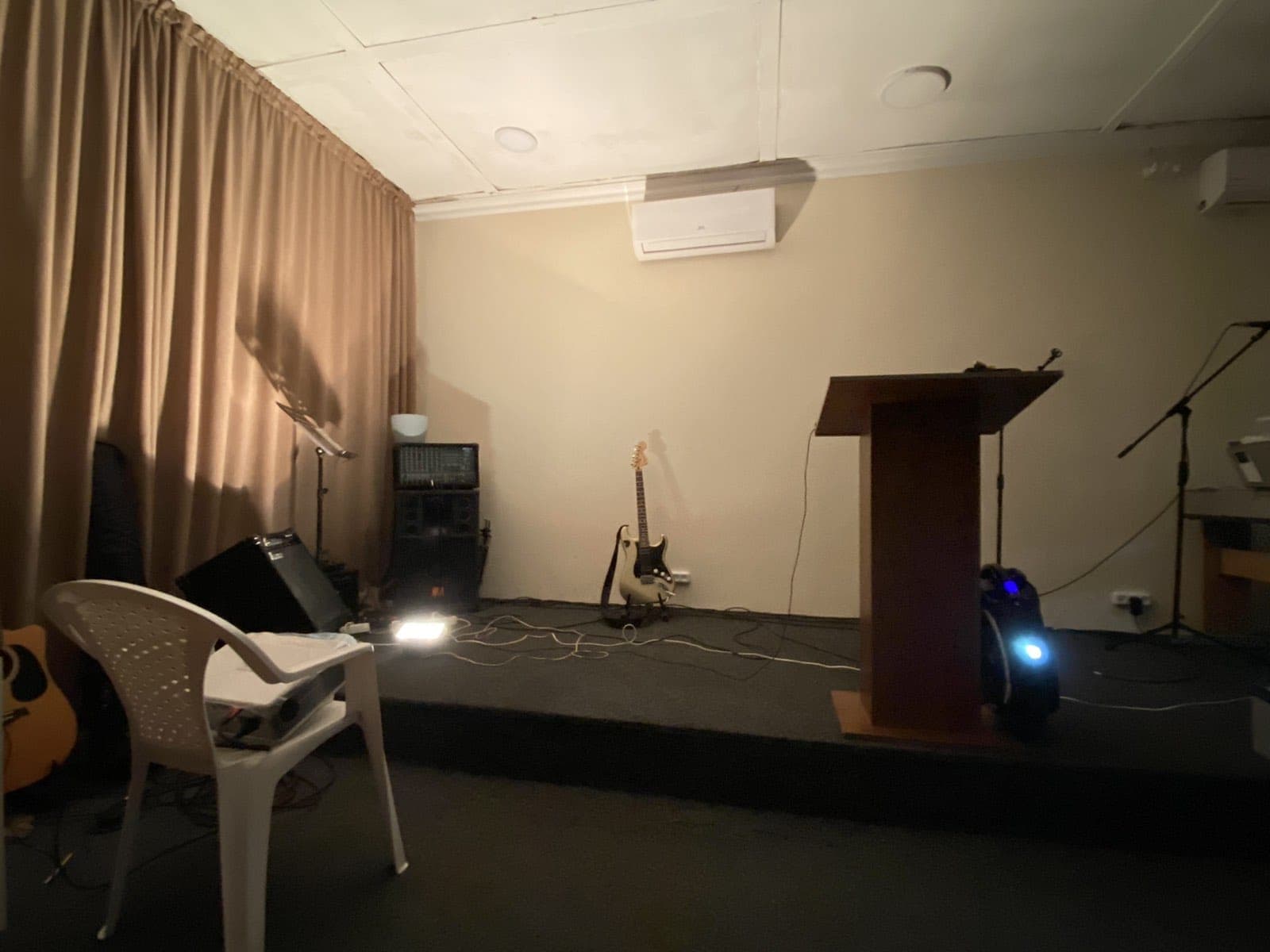