BBC Urdu interview Professor Anjum James Paul on his demand to address all sorts of biases against non-Muslims from textbooks. 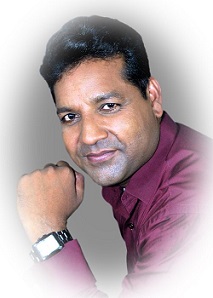 In an Interview to the broadcasting of BBC Sairbeen on August 3, 2015 Professor Anjum James Paul, Chairman Pakistan Minorities Teachers’ Association (PMTA) demands government to address all sorts of biases against non-Muslims from textbooks and to make arrangements of the religious education of non-Muslim students.
The text of the interview is presented here.
Mahpara Safdar
Years ago, the government ordered for the subject of Ethics for the students of religious minorities instead of Islamic Education.
But Pakistan Minorities Teachers’ Association, an association of minorities’ teachers has reservations on the contents in the subject of Ethics. Anjum James Paul, the president of this association, expressed his concerns while talking to Shumaila Khan.
Anjum James Paul: Government had announced the subject of Islamic Education as a compulsory subject for Muslim students and subject of Ethics for minorities in the National Education Policy.
Shumaila Khan: So, was that implemented?
Anjum James Paul: There is not its implementation. The subject of Ethics and recruitment of special teachers was mentioned in the National Education Policy but since 2007 there have neither been fully books nor recruitment of teachers so far.
Shumaila Khan: The subject of Ethics has not been fully implemented. Have some books been prepared?
Anjum James Paul: Yes, Punjab Textbook Board has published books. But what does a child of minority studies in the first chapter of class 3 and what is there for him. For a Muslim child, there is Nazra Quran and Hifaz-e-Quran in the first chapter and a child in the subject of Ethics will study concept of evolution of religions, worship of nature, work of sky god, gods and goddesses of earth, myths of gods and goddesses, Atlanta (goddess of hunting), Babylonian Mythologies, Tammuz (god of cultivation and harvesting), animism, era of magic, Totemism, Myth, Danae, Zeus, Seebek. This is the first chapter for a minority child. Now, you tell me, what is there in this chapter for a Christian, Hindu, Sikh and a Parsi child. We feel that the subject of ethics leads our children to perversion.
The basic difference in Christianity and Islam is the sacrifice of Abraham’s son, the sacrifice of Ismael, the eldest son of Abraham which has been included. A Christian child recites the sacrifice of Isaac in the Holy Bible but is studying the sacrifice of Ismael in the subject of Ethics which is only for him. There are so many controversial contents which can cause conflicts among religions.
Shumaila Khan: Was there any consultation with you when the curriculum was being prepared?
Anjum James Paul: Besides three Christians, there were Hindus, Sikhs and Parsees but no one was educationist. When I asked them, they said that there was not much consultation with them. The subject of ethics has been forcibly imposed on minority students. We were protesting that we would not teach the subject of ethics to our children. And what the government is going to do, it is going to introduce the subject of “Study of Religions”. We feel that it is unfair and violation of the constitution. Our each and every child is forced to convert his/her religion by his/her teachers and class fellows who enter in school.
A teacher in Toba Tek Singh dragged a Christian student from hair and degraded her just because she had wiped something Islamic written on the white board before the commencement of new class. We defended her as she was going to be accused of blasphemy. Thus, she escaped her life. There cannot be such a situation if teachings of a religion are restricted to the students of that religion. There has been recommendation that information regarding any religion must not be included in all subjects but only in the subject related to that religion.
Shumaila Khan: Mr. Anjum, what is the reason of so much lethargy and negligence?
Anjum James Paul: Government should take strict action in this regard. In a letter to Prime Minister of Pakistan on December 26 and Chief Justice Supreme Court of Pakistan, we have saidx that it is clear in the National Action Plan to take steps against those elements who promote literature that aggravates extremism causing religious persecution. For the implementation of National Action Plan with letter and spirit, all sorts of biases will have to be addressed.
Mahpara Safdar: This was Anjum Jajmes Paul, president of Pakistan Minorities Teachers’ Association who demands that every student must be taught according to his/her religion in the book.