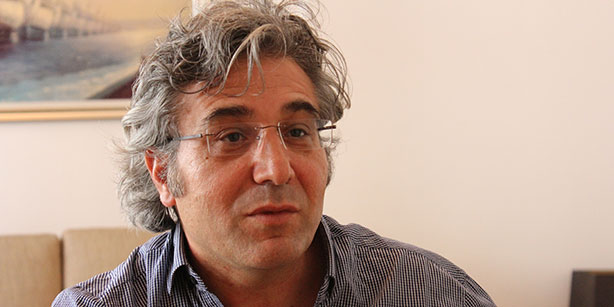 Siamend Hajo, President of the Kurdish Future Movement in Syria and member of the Foreign Relation Office of the Kurdish National Council in Syria (KNC) gave exclusive interview to Manish Rai, Editor of geo-political news agency ViewsAround. In the interview Mr Hajo strongly stressed for the demand of Kurdish federal state. Moreover he says that Syrian President Bashar-al-Assad has no role to play in future of Syria. Following is the detailed interview of Mr Siamend Hajo. This interview was done through the exchange of emails with Foreign Relation Office of the Kurdish National Council.
Question 1 - In the upcoming UN peace talks for ending Syrian conflict do you think Kurdish parties will be formally invited?
Kurdish parties are invited. The Kurdish National Council in Syria (KNC) is represented in the oppositional delegation to the talks. Unfortunately, the press uncritically repeats the false Russian and American stance according to which “the Kurds” are not invited to the talks, actually meaning that the PYD is not invited. I think it is dangerous if the press conveys the impression that “Syria's Kurds” are equivalent to the PYD. Such an equation causes a discursive subordination of Syria's Kurds to a political party which is accused of human rights violations on a regular basis. Furthermore, in that way hundreds of thousands of Syrian Kurds are deliberately left out in Geneva, in particular the more than 625.000 Syrian people who signed a petition in the beginning of 2016 which approves the KNC as the Kurdish representative in Geneva and demands that the question of the future of mainly Kurdish inhabited regions should be one of the key points in the talks.
Question 2- If Kurdish National Council is invited for Geneva peace talks. What will be your demands for your Kurdish people?
The Kurdish National Council will argue for a Kurdish federal state including the pre-dominantly Kurdish regions of the Jazirah, Afrin and Kobanî. We strongly believe that in fragile states that suffered from a civil war, political decentralisation can help to stabilise state and society. Such concepts are not only attractive for religious or linguistic minorities, but also for the Sunni majority – because the development and implementation of a decentralised, federal system with strong local entities is a step to foster democracy and, at the same time, to secure the unity of the Syrian state.
Question 3- Some experts and Diplomats are even suggesting that Syria should be divided according to its ethnicity with an independent Kurdish region as well. Do you support this view?
Federal units do not need to be solely designed along linguistic or religious lines. Additionally, units defined by territory may be an attractive approach for the Arab-Sunni majority. Creating a number of sub-national units populated by an Arab-Sunni population may offer more Sunni stakeholders the chance to have a say in the political future of the country than a central system would do. A system that allocates power between central and regional levels mitigates conflicts by avoiding “the-winner-takes-it-all” situations. Groups that are unlikely to win in national elections can score regional wins. Decentralisation thus may allow opposition leaders to remain in government at the regional level even after losing in central arenas. If a lost election does not ultimately corresponds to final political disempowerment, different parties are more likely to accept the results of elections. Thus, I believe that federalism may be a great chance for Syria.
Question 4- Turkey is attacking Kurdish militia’s like-YPG inside Syria territory. What’s your views regarding Turkish role in Syrian conflict?
The YPG, the Syrian-Kurdish militia of the PKK, does not belong to the opposition, but is still cooperating with the Syrian regime. Therefore, it is only logic that Turkey, supporting a change of the regime, is attacking the YPG. This is particularly understandable, as Turkey must be afraid that weapons delivered to the YPG by Russia, the US and Syria will be also used in Turkey, by the PKK, against Turkish targets. I do not want to excuse the massive human rights violations committed by the Turkish military against Kurdish civilians in the Kurdish parts of the country. However, one should not forget that it was the PKK denouncing the peace process with Turkey in summer 2015 when a PKK sub-group killed two policemen in Diyarbakir. It was a major mistake, thus, that Turkey allowed the PYD and YPG to gain strength in Syria from mid-2012 until mid-2015 – during this period, and Turkey simply ignored what happened on the Syrian side of its border.
Question 5- In recent days Russia has openly supported Kurdish cause in Syria. How do you see this gesture of Russia?
Russia is supporting PYD and YPG, with whom they fight on the side of the regime. They are not supporting “the Kurds”.
Question 6- What role Syrian President Bashar Al Assad and his inner circle can play in the future of Syria?
As a member of the National Coalition of Syrian Revolution and Opposition Forces, the KNC takes a clear stance against the regime of basher al-Assad. There is no role he can play in the future of Syria.
Courtesy- ViewsAround Middle East Desk