Pope Francis is working on approving a newly translated version of the Lords Prayer. 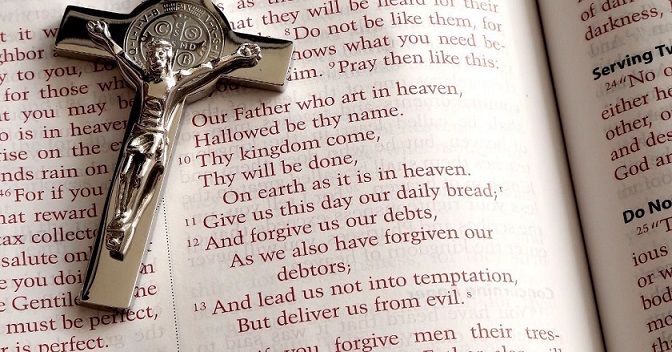 Washington Dc: December 12, 2018. According to the Washington Times, the Italian Episcopal Conference (CEI) submitted a proposal to the Vatican asking them to approve a translational change to the Lordâ€™s prayer.

The committee asked that the verse "lead us not into temptation" be changed to "abandon us not when in temptation," because they believe the original version makes God seem like he is tempting people. The Daily Express reports that experts have been studying this text for some 16 years and have recently decided "from a theological, pastoral and stylistic viewpoint," that the English translations of the Bible are wrong. Seemingly, the Pope agrees. Francis is expected to approve this proposal, as he previously questioned this verbiage calling it "not a good translation." In a television interview in Italy, Francis said, "A father doesn't do that, a father helps you to get up immediately. It's Satan who leads us into temptation, that's his department." While this change to the Lord's prayer is being welcomed with open arms by some, others are deciding to stick to the original version. The German church, for example, has announced that they will maintain the current translation of the Lord's prayer. Religion News Service reported that the German bishops said in a statement last year, "The petition 'lead us not into temptation' ... does not express the suspicion that God could want people to fail, but the belief in his justice and mercy." President and senior professor of Bible Exposition at the Dallas Theological Seminary, Mark Bailey, told the Washington Times that he too would not be supporting the change. Bailey believes that changing the prayer's wording, "eliminates the rhetorical genius of Jesus." Vice president of communications for the Southern Baptist Convention, Roger Oldham, told the paper that he does not anticipate this change affected the Baptist church. He said, "That would mean all the translation teams would have to come back and say, 'We're going to have our scholarship be informed by an individual from a church we're not a part of.'" He added, "I don't see it having a significant impact on Baptists." Evangelist Franklin Graham commented on the change and appeared to be unsure of his stance. In an interview with Fox and Friends, he said, "I'm not Catholic, but I understand they looked at this for about 16 years, the scholars have studied it, and there possibly could be a translation error with that one word. I don't know." He added, "I'm still going to say it the way that I memorized it as a boy, that my mother taught me. But the Pope, he might have a point here, so we'll see."