In a video message to the virtual conference on May 8, the pope said that Saint Augustine’s words in "The Confessions" are timeless: “Man is himself a great deep."

Vatican City: (CNA) Pope Francis and Jane Goodall both offered perspectives on “what it means to be human” on the final day of an online Vatican health conference on Saturday.

In a video message to the virtual conference on May 8, the pope said that Saint Augustine’s words in "The Confessions" are timeless: “Man is himself a great deep."

“The Scriptures, and philosophical and theological reflection in particular, have employed the concept of ‘soul’ to define our uniqueness as human beings and the specificity of the person, which is irreducible to any other living being and includes our openness to a supernatural dimension and thus to God,” the pope said.

Pope Francis said that “this openness to the transcendent” is fundamental and “bears witness to the infinite value of every human person.”

Anthropologist Jane Goodall, famed for her work with chimpanzees, also spoke at the Vatican conference on “mind, body, and soul,” giving a talk entitled “What does it Mean to be Human?”

“I think where we fit in into the picture of primates is we are the fifth great ape, and our closest relative among the other great apes... Well, there's two of them, actually, the chimpanzee and the bonobo. We differ from each other genetically by only just over 1%,” Goodall said.

She offered examples of how chimpanzees can be taught sign language, use the computer, and make drawings. During evolution, she said, humans learned to communicate with words, language, and writing that enables people to be distinguished by their ability to make plans for the future and invent rockets.

“But then when you realize how like us chimpanzees are, and yet how we differ with this explosive development of the intellect, this development of the intellect has not given us a reason to label ourselves as Homo sapiens, the wise ape. We're not wise. We've seen what Mars looks like. We don't want to live there. We've only got this one planet, at least in our lifetimes, and we're destroying it,” Goodall said.

“All the major religions share the golden rule, do to others as you would have them do to you. If we can apply that to animals, as well as to each other, then I think we shall be coming closer to being able to define ourselves as Homo sapiens,” she added.

It is the fifth conference of its kind organized by the Pontifical Council for Culture and the Cura Foundation, which describes itself as a “nonsectarian, nonpartisan” group “with a mission to improve human health globally.” This year is the first time that the conference is taking place virtually.

“I am pleased that students from various universities throughout the world, Catholic and non-Catholic, are taking part in this event. I encourage you to undertake and pursue interdisciplinary research involving various centers of study, for the sake of a better understanding of ourselves and of our human nature, with all its limits and possibilities, while always keeping in mind the transcendent horizon to which our being tends,” Pope Francis said.

The pope said that when interdisciplinary research is applied to the medical sciences it “translates into more sophisticated research and increasingly suitable and exact strategies of care.”

“We need but think of the vast field of research in genetics, aimed at curing a variety of diseases. Yet this progress has also raised a number of anthropological and ethical issues, such as those dealing with the manipulation of the human genome aimed at controlling or even overcoming the aging process, or at achieving human enhancement,” he said.

Vatican Secretary of State Cardinal Pietro Parolin also addressed the conference via video message on May 8.

The cardinal said that human beings are distinguished from animals by rationality, “a high degree of self-understanding” and reflection on others and the universe.

“Another unique feature is the moral conscience that allows us to act by distinguishing between what is good and what is bad. This fundamental reference causes us to ask ourselves ethical questions about our actions, about society, about the use of the tools that we develop and make socially usable,” Parolin said.

At Catholic News Agency, our team is committed to reporting the truth with courage, integrity, and fidelity to our faith. We provide news about the Church and the world, as seen through the teachings of the Catholic Church. When you subscribe to the CNA UPDATE, we'll send you a daily email with links to the news you need and, occasionally, breaking news.

As part of this free service you may receive occasional offers from us at EWTN News and EWTN. We won't rent or sell your information, and you can unsubscribe at any time.

“A strong moral sense pushes us to denounce and take actions that put an end to injustices through philanthropic and solidarity actions that counteract the manifestations of evil.”

He also noted that humans are capable of contemplating beauty and artistic expression in many different forms, as well as possessing “the openness to the transcendent horizon which in the lives of many of us leads to religious experience, but which also prompts us to question ourselves about the ultimate questions.”

“The ancient thinkers encapsulated this specificity and uniqueness of the human being in a single term, humanitas, which from Cicero onwards became the category with which to indicate the objective principle of a complex system of exquisitely human moral values,” Parolin said.

“Now, this day seals the three days full of content, and is also the final moment of a complex itinerary of reflection. However, it is also an openness to a constant search for human natures conducted by the philosophers and men of culture of the past. My wish is, therefore, to continue to deepening the mystery of our being with enthusiasm and determination, to discover and be fascinated by what makes us truly human," he said. 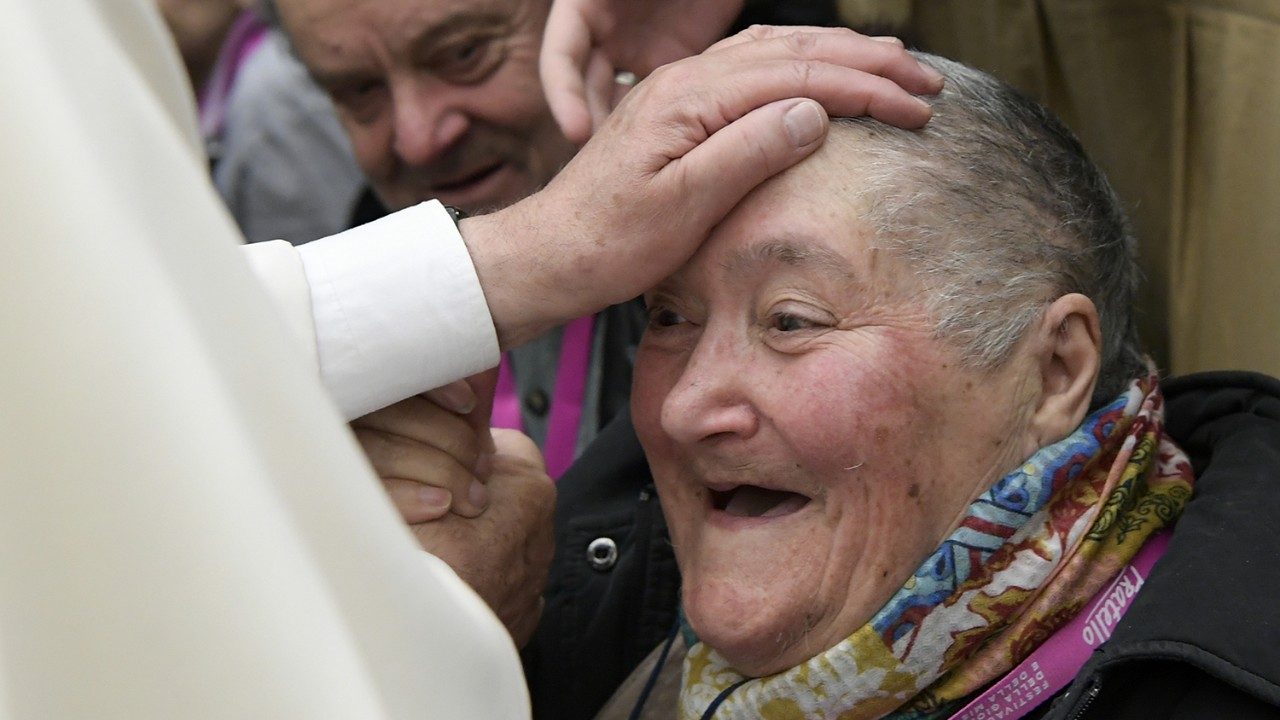