Dalit Hindus in Peril in Pakistan. By Chander Kumar Kolhi, 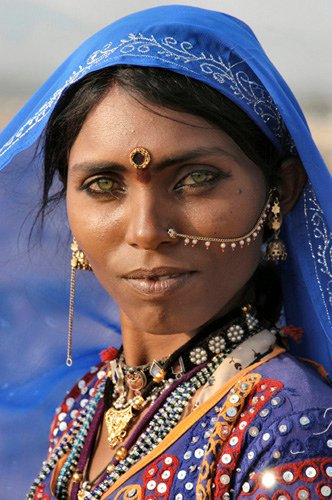 Dalit community in Pakistan is the native on this land who are accommodating themselves for the last more than 5000 years. In actual in Pakistan Hindu community is considered as in minority but in Hindus the majority is that of Dalits i.e., more than 85% of the total population of Hindus is Dalit. The evidence of their native residence can be found from the world’s ancient architecture; Moen Jo Daro. Another evidence of their native residence could be found from Mahatama Gautama Buddha (the most famous Buddhist monk); Maharaja Shidho Dhan was his father who married to a Dalit community girl of Kolhi tribe (as mentioned in Buddhism’s Holy scriptures) who gave birth to Mahatma Gautama, the history of this great budhhist leader is also many decades earlier before Chriest, whereas it is also mentioned in Hinduism’s Holy scriptures like Ramayana as Shabri Bhil and Walmake Rushi etc.
In Pakistan Dalits abode in all the five provinces of Pakistan i.e Sindh, Punjab, Balochistan, Khyber Pakhtoon Khuwa and Gilgit Baltistan respectively. It is found that the majority castes of Dalit abode in Sindh, Punjab is second where Dalits abode in major quantity, Balochistan is third and Khyber Pakhtoon Khuwa and Gilgit Baltistan are at last.
The majority of Dalits reside in all the following districts of Sindh:
1) Badin
2) Ghotki
3) Jacobabad
4) Karachi
5) Khairpur
6) Matiari
7) Noushehro Feroz
8) Qambar nad Shahdadkot
9) Shikarpur
10) Tando Allahyar
11) Tharparkar
12) Umerkot
13) Dadu
14) Hydreabad
15) Jamshoro
16) Kashmore
17) Larkana
18) Mirpurkhas
19) Benazirabad (Nawabshah)
20) Sanghar
21) Sukkur
22) Tando Mohammad Khan
23) Thatta
Dalit students, labors, workers, advocates, teachers, drivers, social activists and some other professionals are also found in the Karachi.
The total population of Dalits as estimated in Pakistan is more than 7 million in Pakistan, out of which more than 3.5 million dwell in Sindh. 70% of them relates to agriculture workforce and the remaining 30% are laborers in Industries, Factories, working at roads on contract basis, among this 30%, a few are shopkeepers, public prosecutors, doctors, teachers, engineers and clerks etc.
Note: The above figure is estimated by the senior analysts of Dalit community whereas there is no official or authorative figure availed by the government.
The total number of Dalit castes as declared by the government of Pakistan is 42, which are named below:
1) Ad dharmi
2) Bangali
3) Barar
4) Bawaria
5) Bazigar
6) Bhangi
7) Bhanjra
8) Bhil
9) Chamar
10) Charan
11) Chuhroar Balmiki
12) Chanal
13) Dagiand koli
14) Dhanak
15) Dhed
16) Dumna
17) Gangra
18) Gandhila
19) Halakhor
20) Jatia
21) Jogi
22) Khatik
23) Kori
24) Kalal
25) Kolhi
26) Kuchria
27) Marecha/ Mareja
28) Meghwar
29) Menghwar
30) Nat
31) Odh
32) Parsi
33) Parna
34) Ramdasi
35) Sami
36) Sansi
37) Sapela
38) Sarera
39) Shikari
40) Sirkiband
41) Sochi
42) Wagri

All the above castes are also known as Scheduled Castes, which means ‘UNTOUCHABLES’; according to Hindu methodology and they are also categorized in the lowest category of Hindu religion. This word is the world’s vilest word to make someone dejected; it’s a word which can ruin all the successive and historical records of an individual. This word can totally depress a person and it is the word which can lead someone to suicide or it’s the word which can lead a man to join some criminal activities.
Every religion of the world gives a message of peace, equality and unity. Religion and the secular thoughts teach us that “Every man and woman is equal in the eyes of Lord, no one is superior to the other and superiority does not rely on their pomp but on their creed and doings”. There few questions arise in my mind as:
1. Where are all these people who relate to several sects of religions and let them call as the preachers of their religion?
2. Where are those who abide by the laws of their religion?
3. Where are those who feel the humanity as equal?

All Dalits face bonded labor problem in all the areas of Sindh somewhere in the same form and somewhere in the other.
10) Child Marriage and Child Labor:
Ancestors of Dalit community prefer to marry their children in their young ages before they get mature or age 18, either individual may be a girl or boy they just marry them in their young age. After the lit of education a few of Dalits now prefer to marry their children after adultery whereas majority still follow the same tradition due to which many of the children are born with abnormality or any other deficiency which remains with them till the life ends.
Pakistani laws ignore all such acts and consider all these acts as against the state but law enforcing agencies do nothing. Whereas in some major cities somewhere action is taken either they will be insulted by media.
Many of the Dalit boys and girls also suicide after their marriage as they can not face the problems of life on everything like that of health and food issue. Hundreds of Dalit children die at the time of their birth as there are no good services in hospitals and due to very much pain of women during their pregnancy times and delivery. This all is like killing the nation in an indirect way which is in real a crime but is not considered so.
Dalit children having an immature life and the days of studying in schools are found at many places working at some shops and as a labor. They also have to work hard which includes the mechanical, electrical or labor work like in buildings, at roads etc. on weekly wages basis.
10) Dalit Palaces and Life:
No doubt Dalits are in majority of the minority of Hindus but are also so poor in majority. Only a few of those who have completed their education and have got some job have made their homes of cement or tiles but all others who live in cities in huts as well as in villages could not. Their homes are made of wood which creates heat inside it. It feels shocking to be in these huts as these are so hot and in summer it creates lots of head ache although fever, abdomen pain (due to use of water), Malaria, Eye weaknesses are common to them.
For all Dalits these warm huts are their palaces and make their life comfortable in it. In the overall Sindh you will easily find them all to live in these huts, when in Tharparkar they leave these palaces and turn to some other areas in drought condition they simply lock these doors of hut and do nothing else. They firmly believe that whenever they will return their homes will be in same form as they are leaving. In some other areas of Sindh many Dalits leave their residents because of insincerities of concerned land lords and never come back, this way the education of their children is damaged and they become unable to continue it. In the palaces of Dalits there is almost only one torch which illuminates their home, somewhere lantern is used for the purpose of illuminating home.
11) Life in Peril:
As it can be seen form the above said debate that Dalits are facing lots of troubles in Sindh as well as outside of it in Punjab which includes Education, health, labor, water, lack of educational institutes etc which shows that they are most depressed nation, their overall life sketches are ruined, of family and ancestors form their predecessors . They have been pushed back to more than 500 years which needs a lot of struggle to get back in the current era. We have been thrown back by a very pessimistic politics and are made uncivilized nation by the leaders of our own faith.
-There are hundreds of other issues which are found in Dalit localities which includes no electricity in many villages which deprive them of basic life standard. There is no gas and residents often have to use wood or waste material of animals as firewood which is the only resource of making food.
Dalits in Pakistan have ever been through this scenario for many decades, living in such a harsh way looks so vilest. There is no any district in Sindh where Dalits are not accommodated and are all in majority relating to agriculture sector along with their children and family. There have ever been many problems of diseases which affect them but they have to face all these personally. They also face lot of troubles during the time at hospital and are almost found tensed at hospitals.
I cordially salute all the women of Dalit community who are living in such a harsh situation and never complain about it. I bow their courage to be ever with their husbands till they die, they also work with them in fields. They never pretend and always obey their husbands.
I salute all these men who have ever been through harshness but even manage the life and do not get angry on life which is provided as a gift by Lord Almighty.